Is "Last Friday Night" just a pop star playing dress-up, or a strange new phase in the singer's career? 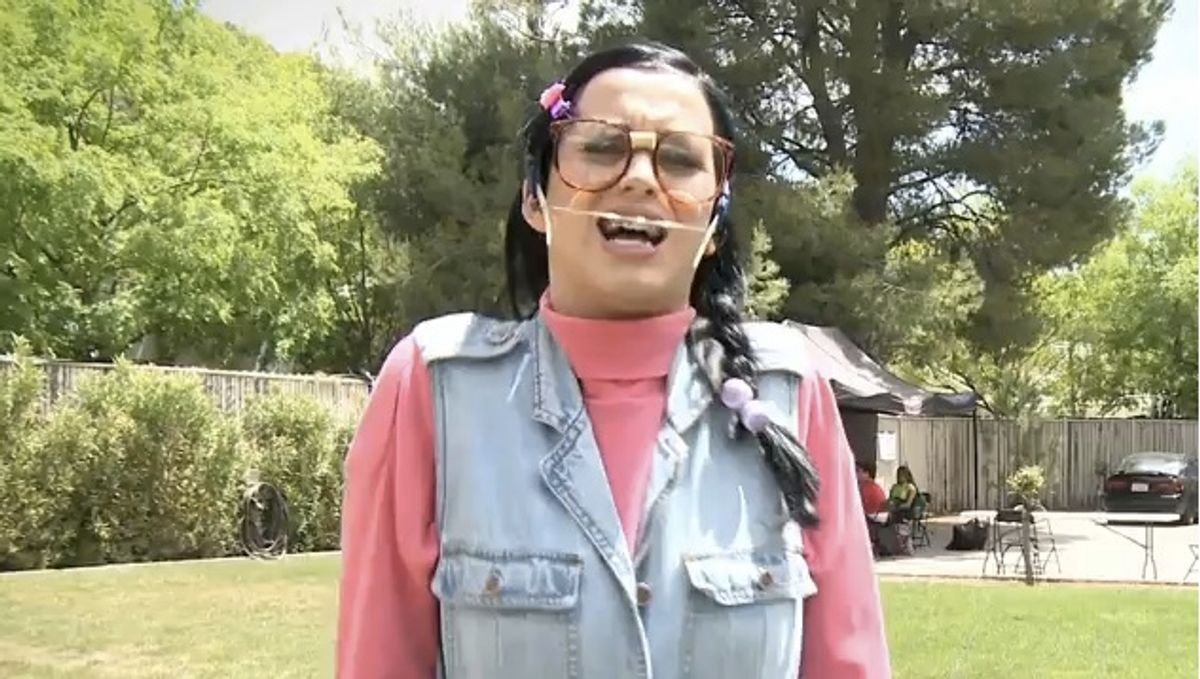 Katy Perry is done with the sexy boob sparklers and the Vanity Fair covers … at least for now. Right now, there is no more Katy Perry: There's only Kathy Beth Terry, a Sybil-esque alter-ego with braces and headgear who is just looking to make friends and party -- part of the  whole build-up to the release of Katy ... er ... Kathy Beth's new single, "Last Friday Night (T.G.I.F.)."

First, there was a teaser trailer released for the video, which makes me sad that we're doing teaser trailers now for music videos. In it, Kathy wakes up from an apparent roofie-alcohol binge and wonder what happened to her the night before. We then get a glimpse of a party, shoe-vomiting, and a nip-slip with Rebecca Black laughing in the background. It's all very "Welcome to the Dollhouse."

The fact that Kathy's memory seems to return and make her pleased instead of humiliated implies a happy ending to this debaucherous night. But in another video released yesterday, we get a more in-depth glimpse into this alter-ego Kathy (why?) who is less Sasha Fierce and more a character from "Summer Heights High." It's a ploy to get Facebook "likes" for this new single, and there's something a little disconcerting about seeing this grown woman desexualize herself and take on a young girl's persona.

Maybe it's because Katy has been so known for her "sexiness" that she (or her team) felt like creating Kathy Beth Terry was in order. Maybe this will be some anti-bullying message. I have no idea. But it's certainly an odd choice.