Why did it take six months for the news of the demise of one of the world's richest pooches to reach the press? 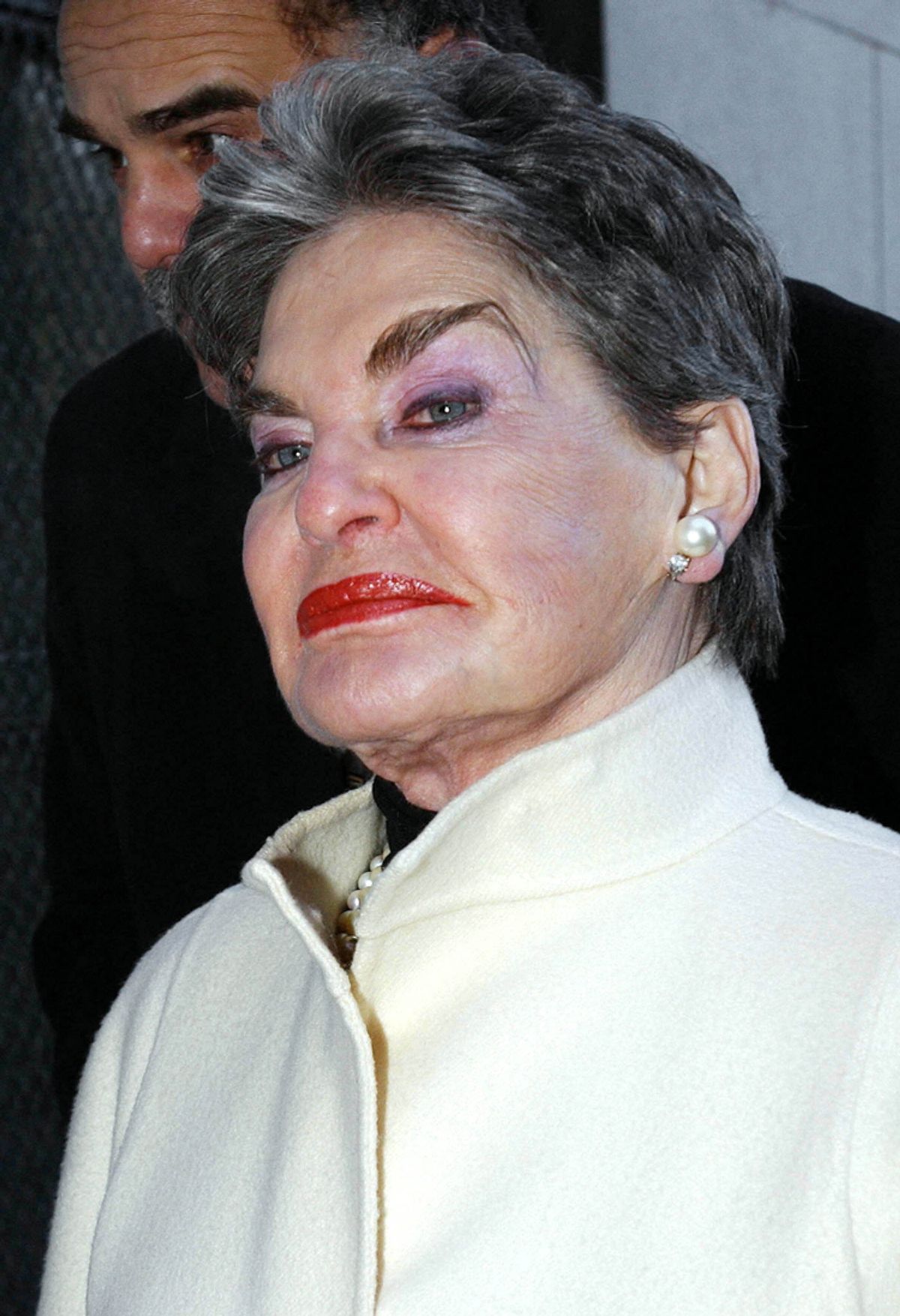 Real estate baroness Leona Helmsley appears for court to fight a former hotel manager's charges that she discriminates against homosexuals in New York on January 21, 2003. [Charles Bell, one of her former employees, is suing her alleging she fired him because of his sexual orientation.] (Â© Chip East / Reuters)
--

"The Queen of Mean" is what the media dubbed real estate tycoon Leona Helmsley, and it's not like she proved anyone wrong when she died in 2007. Instead of leaving her money to her children or estranged family, she left $12 million in a trust fund to her Maltese dog Trouble, and most of the rest of her estate (around $8 billion now) in a charitable trust to help save doggies. (Though a judge later slashed Trouble's allowance to a measly $2 million.) According to a New York Times article regarding her will:

The first goal was to help indigent people, the second to provide for the care and welfare of dogs. A year later, they said, she deleted the first goal.

So yeah, not a woman very concerned with the plight of man. Puppies, however, how can anyone hate puppies (except Leona's family)? The reason why this is an issue today is that Trouble -- the winner of that great dog lottery -- has died. And not recently, either. According to TMZ, Trouble has been dead since December of 2010. All of Trouble's remaining funds will go toward ... more dog charity.

I can only imagine why this was kept a secret so long; if any of Leona's family had found out that Trouble had died months ago and the money had yet to be signed over to the charity trust, their lawyers would have been drafting injunctions quicker than you can say, "All dogs go to heaven."

As it is, whoever was in charge of Trouble did a good deal to keep her death a secret -- no small feat, considering how many death threats the infamous pooch received after being named Helmsley's beneficiary. Could foul play have been involved? I see a "Law & Order" episode just waiting to be written here.