June 12 marks three decades since the release of "Raiders of the Lost Ark." Here's how we're paying tribute 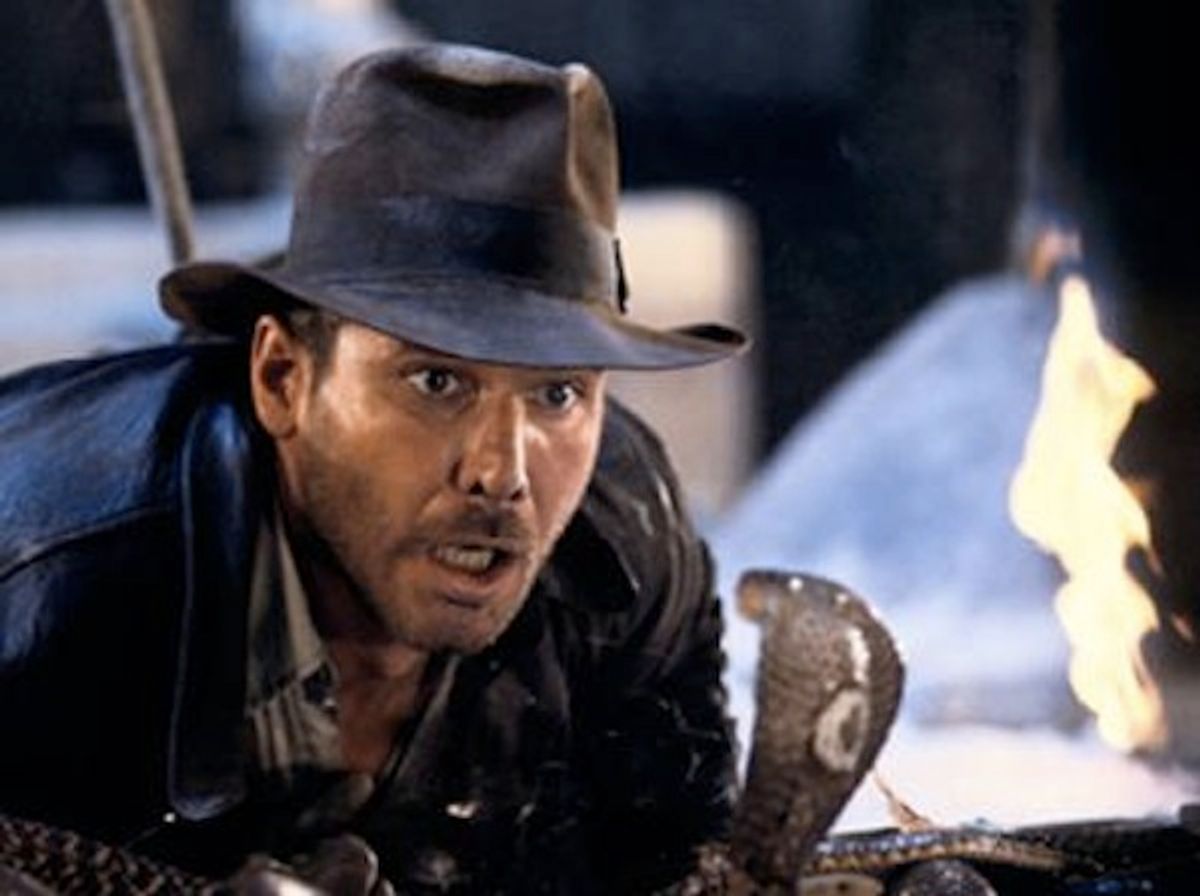 What are you doing this Sunday? The answer had better be "Watching 'Raiders of the Lost Ark' on continual repeat," or else we might have a problem. Thirty  years ago this weekend, "Raiders" opened in theaters across the country, inspiring children worldwide to think of Harrison Ford as someone other than Han Solo. In honor of the momentous occasion (and the best film of the "Indiana Jones" franchise by far), we found Indy trivia, homages and cultural artifacts that will make your friends' faces melt off faster than Belloq's when he opened the ark.

That's right, the British thespian's first role wasn't as Doctor Otto Octavius in "Spider-Man 2" as so many people believe. A young Molina made his very first appearance on the big screen in 1981, playing Indy's treacherous sidekick in the opening sequence of "Raiders." Though he suffers a pretty bad fate in the film, nothing could prepare Molina for his next big American features, " White Fang 2: Myth of the White Wolf" and Mel Gibson's update of "Maverick."

2. "Raiders of the Lost Ark: The Adaptation"

There may be no bigger Indy fans than Eric Zala, Jayson Lamb and Chris Strompolos, the three Mississippi kids who made a shot-for-shot remake of "Raiders" back in the '80s for a budget hovering around five grand. (Take that, LucasFilms!) While many great articles have already been written about the "Raiders" adaptation, now would be a good time to go back and check it out. It's a tribute to the devotion of fan art, above anything else.

For those of you who like to read long articles dissecting films after watching them, then the House Next Door's 2008 article "Smitten With a Whip: Three Appreciations of Indiana Jones"  is the piece for you. Great commentary from three critics with an obvious love for the series (despite "Temple of Doom"), including our own Matt Seitz. From the "Raiders" essay by Odienator:

If someone asks me what was the best time I had at the movies, the answer is, and will always be, the day I saw "Raiders of the Lost Ark." I read somewhere that every generation gets the James Bond it deserves. For me, that Bond was Roger Moore. Or so I thought. After watching "Raiders" again for the first time in several years, I noticed how much it plays into the conventions of the Bond genre. There's an opening adventure to establish the hero's feats of derring-do (though this occurs post-credits sequence), an M-like figure (Denholm Elliott) to assign adventures to the hero, a sidekick (John Rhys-Davies) who occasionally provides local information, spectacular action set pieces with suspenseful last minute escapes, and a feisty woman to add eye candy for the adolescent boys. "Raiders" has all of these, recasting and returning the Bond formula to its earlier, more chaste incarnation in the serials George Lucas loved as a kid.

Oy, "The Simpsons" and their culture homages. Or spoofs... or whatever you want to call them. All I can say is that if it wasn't for Homer and the gang, I might have actually been surprised by the iconic scenes in movies like "The Godfather," "The Shining," and "Thelma & Louise." As it was, by the time I was old enough to see those films, I already knew about the horse head, the "All work and no play" typewriter, and the quick stop before the edge of the cliff. (OK, turns out Matt Groening changed up his "Thelma & Louise" ending to make it more kid-friendly.) But one of the greatest movie scenes ever re-created for "The Simpsons" has to be Bart's escape with Homer's jar of change in the third-season episode "Bart's Friend Falls in Love":

Homer's incomprehensible shouting at the end makes the scene for me.

That's right. Before Harrison Ford got the role, many other big-name actors were considered for the part, including Tom Selleck (Spielberg's first choice), Murray, Nick Nolte, Steve Martin, Chevy Chase and Jack Nicholson. Murray apparently dropped out because of a "Saturday Night Live" scheduling conflict, but personally… I have a suspicion that Lucas was still pissed about Murray's "Star Wars" song.