Sarah Burge gives her kids gifts like stripper poles, Botox and boob jobs before they reach puberty. Is it a hoax? 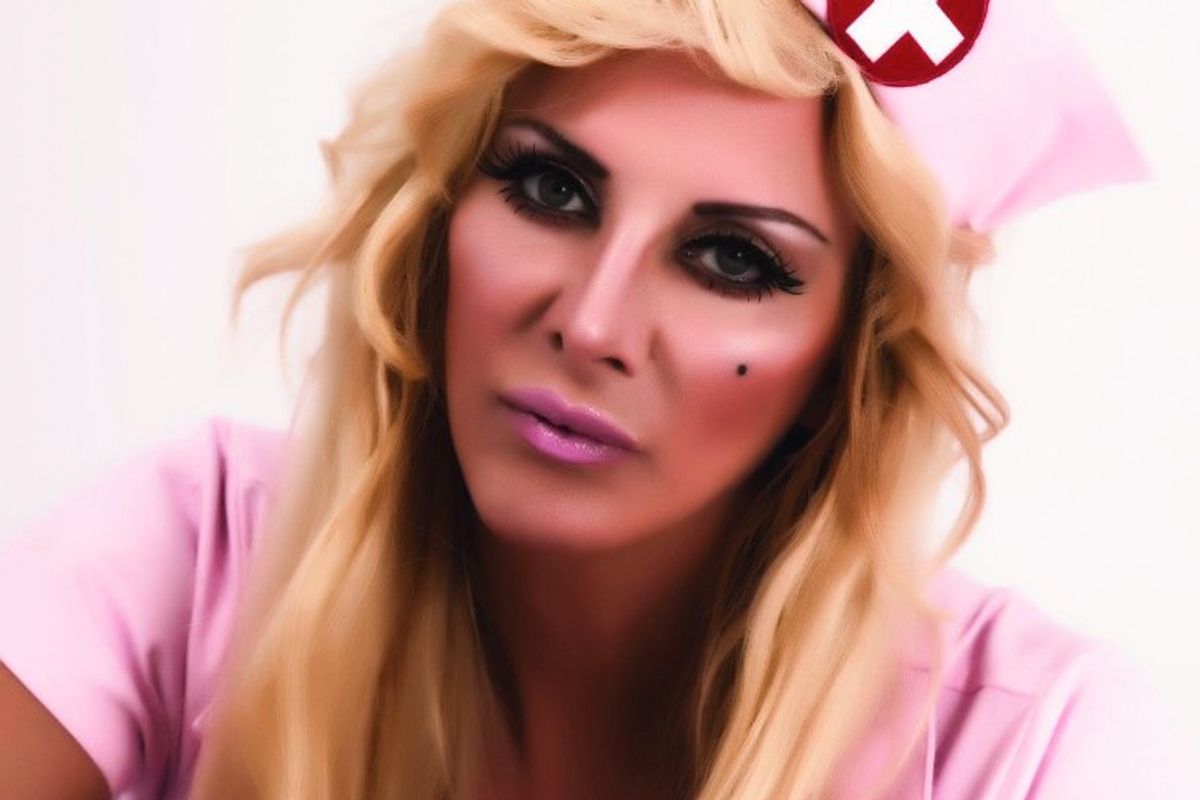 Sarah Burge, mother of the year?
--

Remember Kerry Campbell, the "Botox Mommy" who went on "Good Morning America" in May to talk about injecting her daughter's face before pageants? And how, when that turned out to be a bogus story created to fit into the tabloid news cycle, even more people were outraged, because who would pretend to do such a thing to their child?

Well, meet Sarah Burge, the self-proclaimed "Real Life Barbie" (she even has the URL) who has spent over a million dollars on her own plastic surgery and now is starting in on her kids. This time, unfortunately, it doesn't seem like a hoax.

In a story that was originally posted in Closer Magazine and then picked up by the UK Daily Mail, the 50-year-old mother claims to have given her daughter Poppy a $12K "breast enlargement voucher" for her 7th birthday.

"I can't wait to be like Mummy with big boobs. They're pretty," said Poppy regarding her gift.

This isn't the first time the British "Barbie Mom" has been in hot water for oversexualizing her children. Last year, Sarah was condemned in the British press for giving her daughter pole-dancing lessons.  She also claimed to Botox her daughter Hannah's face when she was 15.

While this does seem to be a horrific tale of parental negligence, there are still parts of this story that don't add up. Like how in June of 2010, when the pole-dancing story came out, Poppy was already 7 years old (according to the Sun piece), but her breast enhancement voucher was a gift for her turning that age this year. Last year, the papers described Sarah's other children as 23 and 16; now one is 25 and the other is 17 (not to mention a new stepdaughter, Jazzy, also 17, who just entered the picture for this year's tale). Sarah's age also moves around quite a bit from story to story.

But while the details are blurry, Burge, unlike Campbell, actually exists -- she was rejected from "Big Brother" and is something of a lesser-Kardashian-level celebrity in Britain.

To argue that, unlike Campbell's supposed case, Burge just gave her daughter a voucher would be overlooking the fact that the Brit also claims to have been injecting Poppy and her daughters Botox for years. But Campbell's situation was revealed quickly when child protective services got involved. I wonder why this hasn't happened in Burge's case yet; perhaps the U.K. has different laws governing this sort of behavior, or Burge's money is enough to keep the authorities at bay.