After winning rave reviews at Sundance and SXSW, the homemade flame-throwing love story gets a trailer 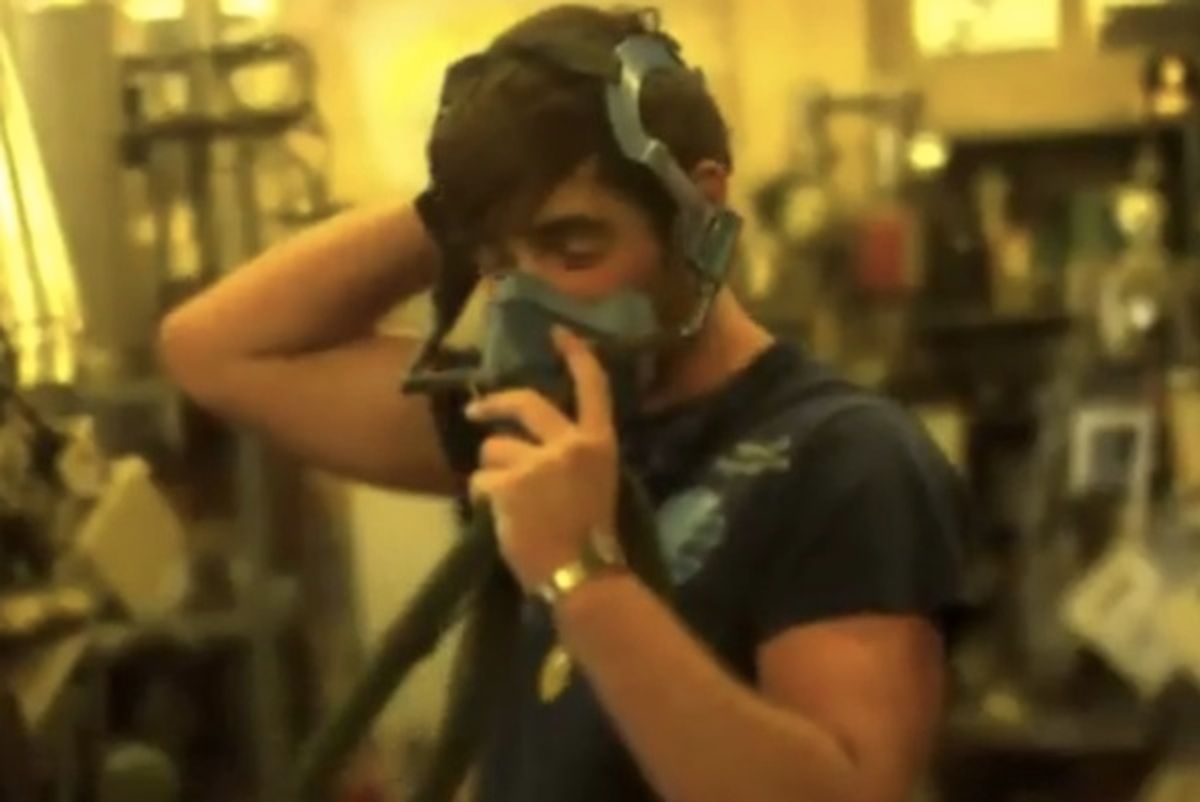 The sleeper indie sensation "Bellflower" might not look like any film you've ever seen, but that's only because it wasn't filmed like one. Described as a "violent, apocalyptic love story," "Bellflower" was shot on a homemade camera created by cinematographer Joel Hodge and writer/director/star Evan Glodell out of vintage parts. The result is a movie that has swept through Sundance and SXSW as fast as a flame-thrower through the heart of the lovelorn lead.

The first full trailer of "Bellflower" came out today:

And in case you still needed a full explanation of what the hell was going on in this mumblecore action-packed flick:

Bellflower follows two friends as they venture out into the world to begin their adult lives. Literally all their free time is spent building flame-throwers and weapons of mass destruction in hopes that a global apocalypse will occur and clear the runway for their imaginary gang "Mother Medusa". While waiting for the world to end, their call to excitement comes unexpectedly when one of them meets a charismatic young woman and falls hard in love. Quickly integrated into a new group of friends, they set off on a journey of betrayal, love, hate, infidelity and extreme violence more devastating and fiery than any of their apocalyptic fantasies. Often life's simplest and most obvious truths are the hardest to see, but once you've burned everything to the ground it may be the only thing left standing.

Interesting: The recap reads like a Greg Araki film, a director whose '90s hits like "Nowhere" and "The Doom Generation" were also described as John Hughes films on some sort of psychedelic trip.

In addition to the film's interesting trailer composed of love and charred remains is the building of the Si-2k portable rig to shoot on, for which Glodell's production company has also released a short.

Do you see "Bellflower" as the next "Doom Generation" for the indie circuit, or a flash-in-the-pan cult hit that will have a hard time finding an audience for its mixture of fire and whimsy?