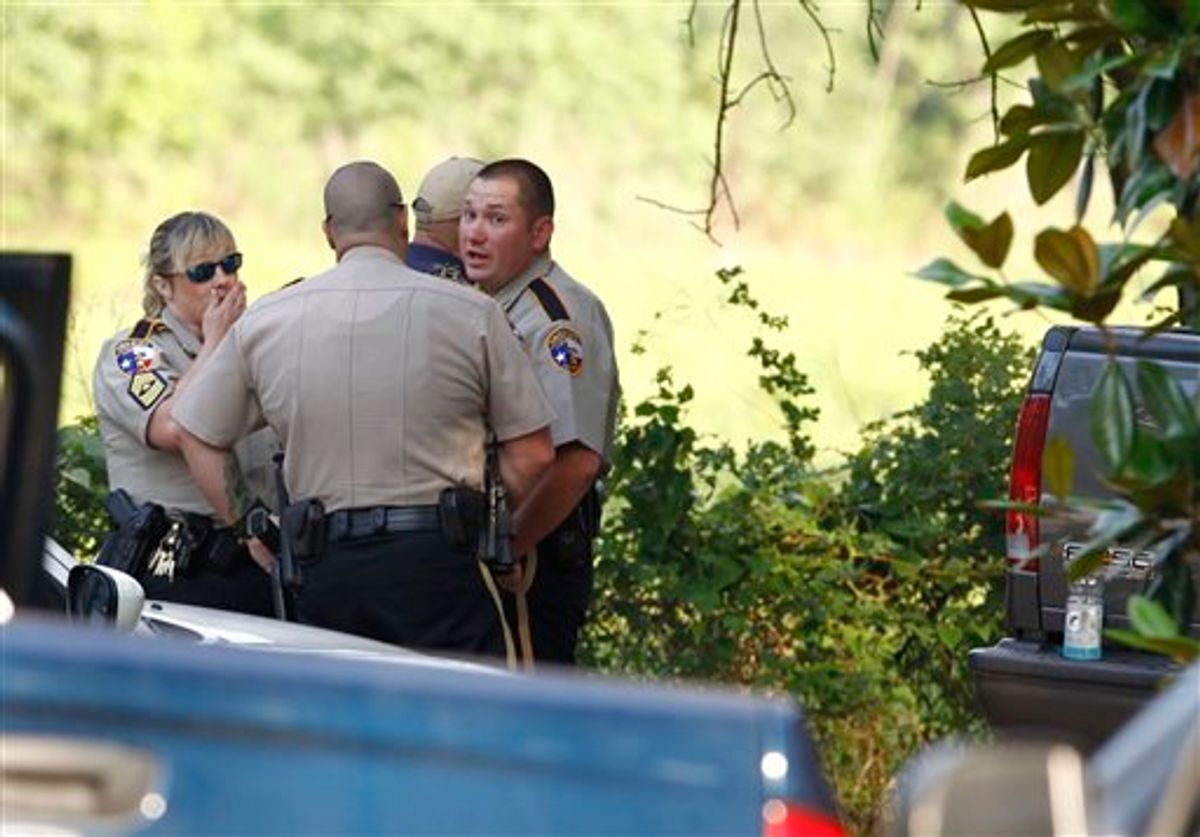 Law enforcement officials are on the scene of a home in Hardin, Texas Tuesday, June 7, 2011, after receiving an anonymous tip that multiple dismembered bodies were buried there. A sheriff's spokesman said officials were seeking a search warrant for the property. (AP Photo/Houston Chronicle, Nick de la Torre) (AP)
--

Texas authorities will not file charges against a woman who sent them searching for bodies that didn't exist.

The tip from the woman who claimed to be a psychic sent the local sheriff's department, the FBI and the Texas Rangers on a whirlwind hunt for dozens of bodies she said were buried at a home some 70 miles northeast of Houston.

Liberty County sheriff's Capt. Rex Evans says the woman will not be charged because she did not act with malice or criminal intent. He says investigators do not know how she had intimate details about the home's interior.

Media flooded the rural area on June 7, incorrectly reporting police were searching for dismembered children. The Associated Press reported a search was under way but never reported bodies were found.