Yet another illegal war -- now in Yemen 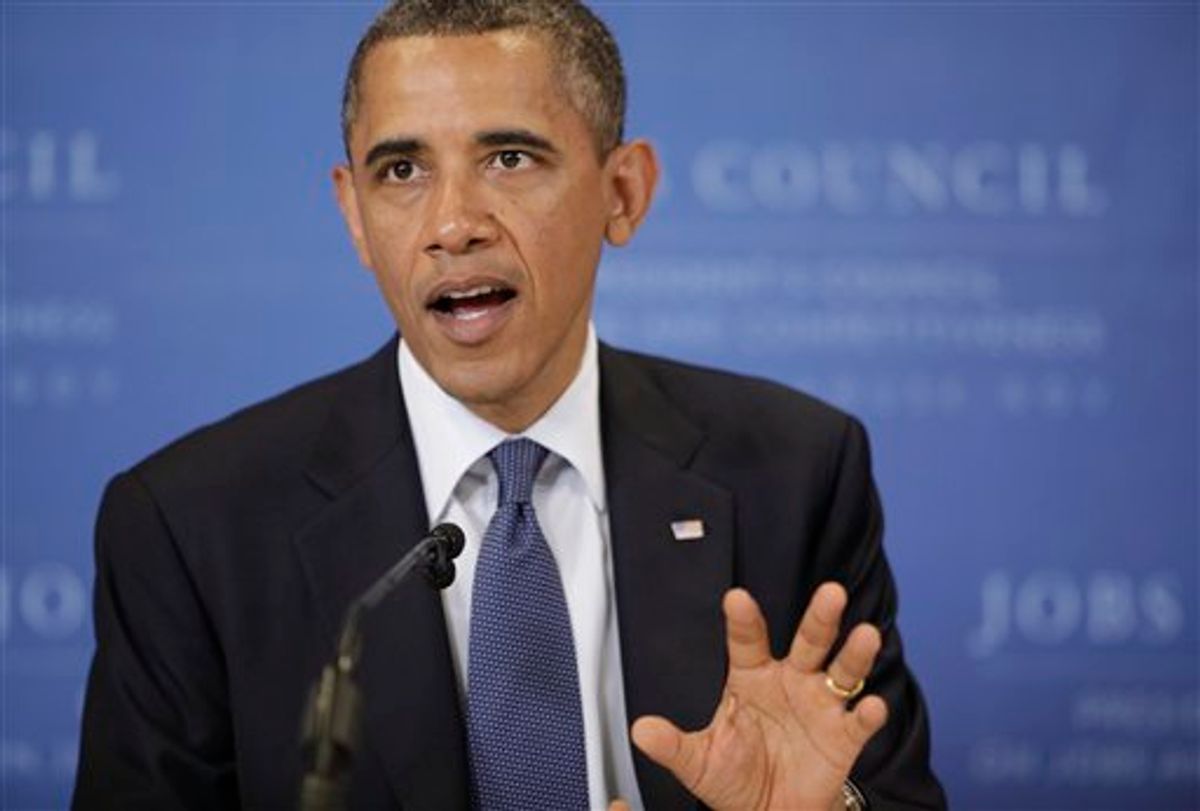 President Barack Obama speaks at the beginning of a meeting with the Jobs and Competitiveness Council at the corporate and U.S. manufacturing headquarters of Cree, a leading manufacturer of energy-efficient LED lighting. Monday, June 13, 2011, in Durham, N.C. (AP Photo/Carolyn Kaster) (AP)
--

Both The Wall Street Journal and The Washington Post report today that the Obama administration is planning to exploit the disorder from the civil war in Yemen by dramatically escalating a CIA-led drone bombing campaign.  In one sense, this is nothing new.  Contrary to false denials, the U.S., under the 2009 Nobel Peace Prize winner, has been bombing Yemen for the last two years, including one attack using cluster bombs that killed dozens of civilians.  But what's new is that this will be a CIA drone attack program that is a massive escalation over prior bombing campaigns; as the Post put it: "The new tasking for the agency marks a major escalation of the clandestine American war in Yemen, as well as a substantial expansion of the CIA's drone war."

Leaving aside the standard issue -- that continuously slaughtering civilians in the Muslim world is going to exacerbate every problem which ostensibly justifies the bombing, beginning with Terrorism -- Kevin Drum asks the obvious question:

In Pakistan, you can argue that our operations are all part of the Afghanistan war. You might not like any of those arguments, but at least they're something.

But what's the theory here? This is obviously not a short-term operation (it began well over a year ago). It's obviously not part of the Afghanistan war. You'd have to twist yourself into a pretzel to pretend that the post-9/11 AUMF applies here. (The fact that Congress is considering an extension of the 2001 AUMF in order to cover operations like this is a tacit admission that the old AUMF doesn't apply. (GG: the 2001 resolution authorized force against "those nations, organizations, or persons [the President] determines planned, authorized, committed, or aided the terrorist attacks that occurred on September 11, 2001," which is not remotely applicable to militants in Yemen)). Nor does the fact that Yemen's president has given it his blessing really mean anything from a war powers standpoint.

In practice, the theory seems to be that unmanned drones are somehow not as real as actual manned fighter jets. After all, does anyone seriously believe that Obama could send sortie after sortie of F-22s over Yemen and not have anyone complain about it? I doubt it.

The one point of Kevin's with which I disagree is his last one: I absolutely believe that if he sent F-22s into Yemen to bomb, very few people would object.  Not only has virtually nobody objected to prior bombing campaigns in that country, but he's currently waging a war in Libya without a whiff of Congressional approval, and nobody seems to mind.  That's because -- for all the Democratic mockery of Richard Nixon's "If-the-President-does-it-it's-not-illegal" decree, bolstered by the Cheney/Yoo/Addington theory of presidential omnipotence -- that's exactly how this President is viewed, by his followers and himself.  If he wants to fight a war somewhere, that -- his will, his decree -- is all that is needed.  Such matters, as the once-discredited-but-now-vindicated John Yoo put it, "are for the President alone to decide."