What do you do when your dinner isn't delivered properly? Call the police, of course 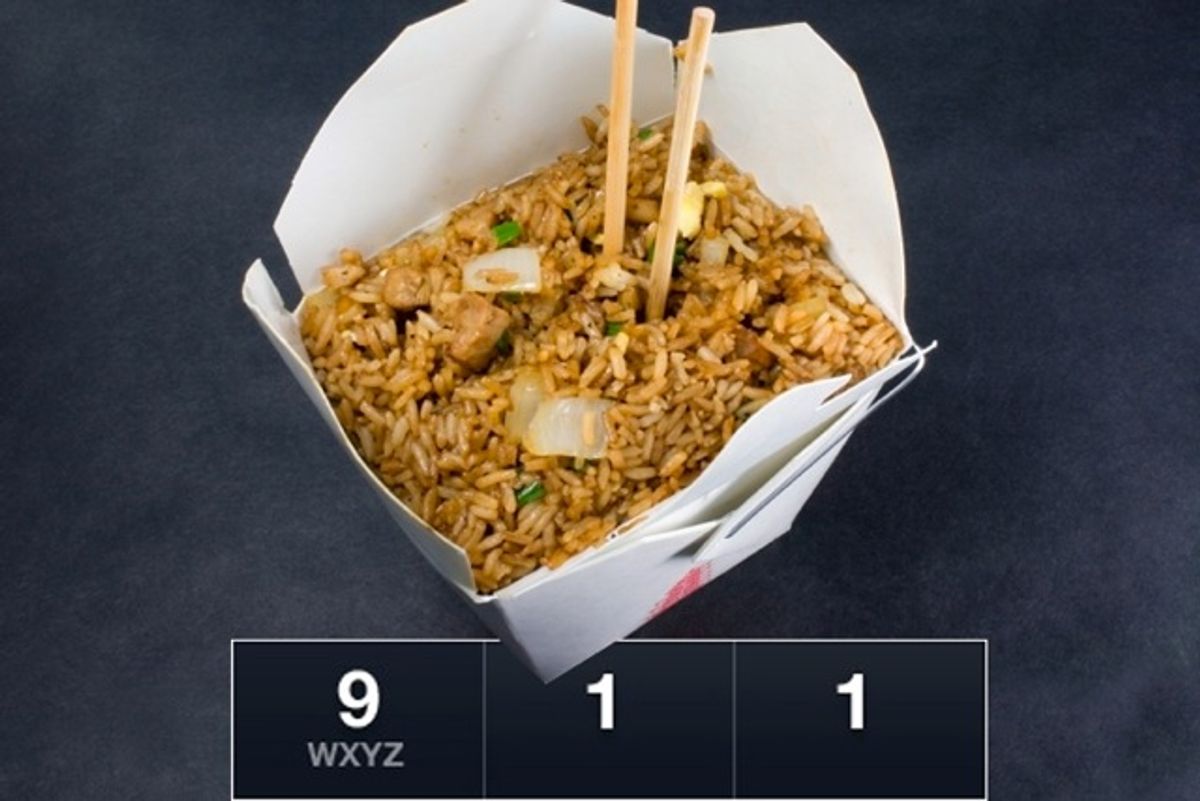 The police are not here to deal with your delivery mix-up.
--

How many times has this happened to you? You go home and try to enjoy a nice dinner of Chinese food delivery. But when your meal arrives, they've got the order completely wrong!

A) Call back the restaurant and ask for a refund;

B) Just eat the food and promise to deal with it next time;

If you answered C, you are not alone. A woman in Savannah, Ga., called 911 to rectify her dinner order yesterday. This was the result:

Sadly, these kinds of calls aren't as uncommon as you might think. In March 2009 a woman called the police after being given the wrong order of McNuggets at McDonald's.

That wasn't even the first time that year an emergency hotline was called because of fast food. In fact, it happened quite a bit in 2009. (Maybe McDonald's was just particularly sucky that year.)

Regardless, it's 2011 now and we're all grown-ups. That doesn't mean we expand our 911 repertoires to calling in about botched Chinese food orders. It means that we stop tying up the police phone line unless we actually have an emergency that doesn't involve a delivery service.