What do you give the bride who has everything? A $1,650 coffee pot, apparently 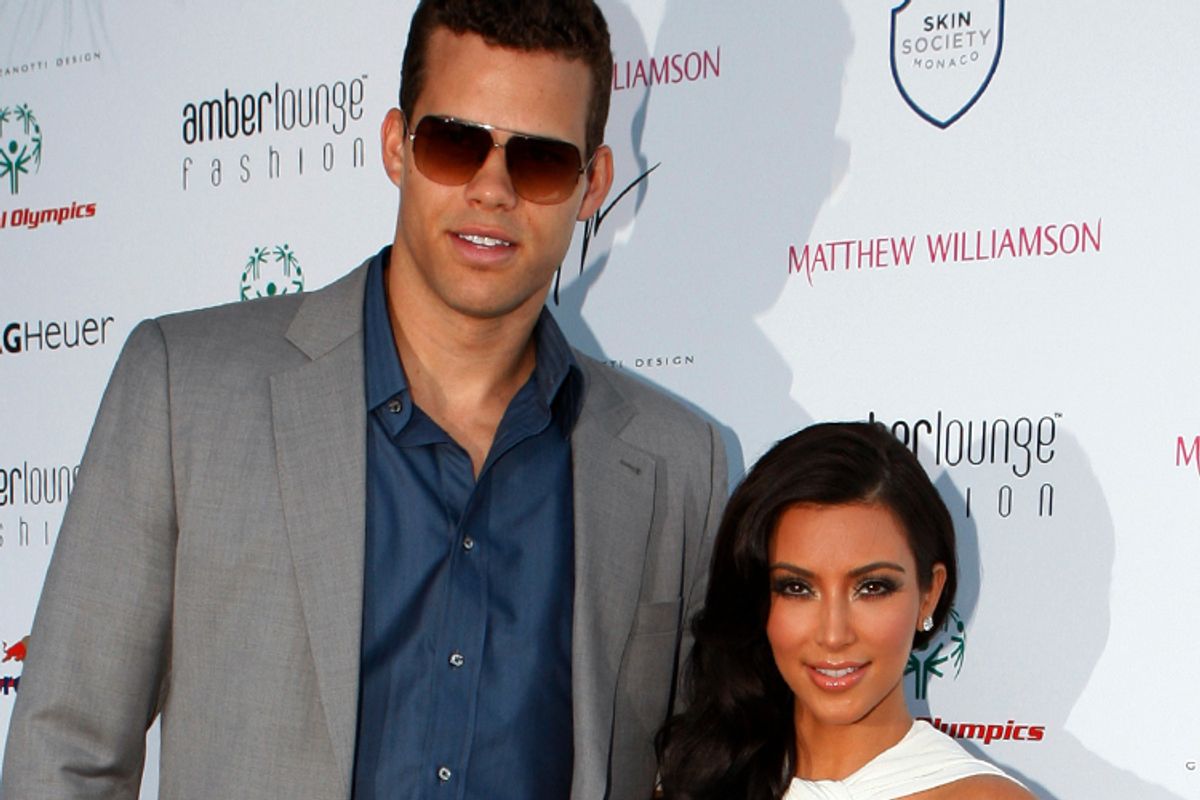 Khloe Kardashian recently joked that her sister Kim's upcoming wedding is "going to be royal wedding number two." But just because you're photographed a lot and your sister's pretty hot, that does not make you Kate Middleton. Case in point: the matter of wedding gifts.

The world loves to shower a bride-to-be with good wishes and presents. And many soon-to-be-wed couples actually do need help setting up house. This may be the first time in a man or woman's life that the desire for bundt pans and matching towels has ever kicked in. Hence one of the single greatest achievements of the modern era -- the wedding registry. In my lifetime alone, the registry has all but wiped out the old joke about getting five blenders, and replaced the ugly tchotchkes you didn't ask for with the ones you did. The registry is an opportunity to tell those near and dear to you that you need forks, or that you're already pretty well fixed for toasters.

And what do Kris Humphries, NBA forward, Kim Kardashian, a daughter of a famous lawyer who was born with a silver spoon in her mouth, want for their wedding? $1,250 silver serving spoons.

I could not make this stuff up if I tried.

Their registry, from Gearys of Beverly Hills, looks to be legit; the couple was spotted at the emporium earlier this week, and some of the lower-priced items, like the $200 stainless steel Christofle place settings and $46 Williams Yeoward martini glasses, are already being snapped up. But plenty of items, like the $520 Torchon butter server, $1,650 coffeepot and $7,850 Baccarat vase are still up for grabs. Grand total for the whole works? $172,000. Why, that's more than some people make in a whole month, you guys. They're also reportedly registering at Williams-Sonoma, because what they need is more stuff.

A wedding is rarely a time of great restraint. And the words "Kardashian" and "austerity" have never appeared in the same sentence. But when the rich and famous Prince William and Kate Middleton were engaged, they figured maybe they already have all the butter knives they could possibly wish for, and asked for something else. They set up a special fund earmarked for 26 of their favorite charities, including EarthWatch, the Association for Children's Palliative Care, Beat Bullying, and the Army Widows Association.

Humphries and Kardashian are certainly free to desire and request all the $260 ice tongs the world has to offer them. Just because you're financially comfortable doesn’t mean you have to put on a hair shirt and not get nice presents. (I'm not sure I'd want my friends stubbing out their Kools in that tacky $1,100 Lalique ashtray, nor am I keen on a crystal set of "hear no evil, see no evil, speak no evil" monkeys, but hey.)

Kardashian has in the past publicly supported charitable causes like  the Dream Foundation and the Diamond Empowerment Fund, so it's not like she spends all her time in a Baccarat bubble. Yet in the midst of an absolutely brutal economic crisis, and on the heels of a devastating series of natural disasters, it seems a mite out of touch to be so wantonly public in one's requests for a set of Hermes service for 24. And what could have been an opportunity to raise awareness and extend benevolence has instead become just another gift grab.

Approximately 99.9 percent of the world already knows it couldn't possibly dream of ever really keeping up with the Kardashians. But if you'd like to take a shot at it, the napkins are only $12.50.