A different kind of candidate and campaign 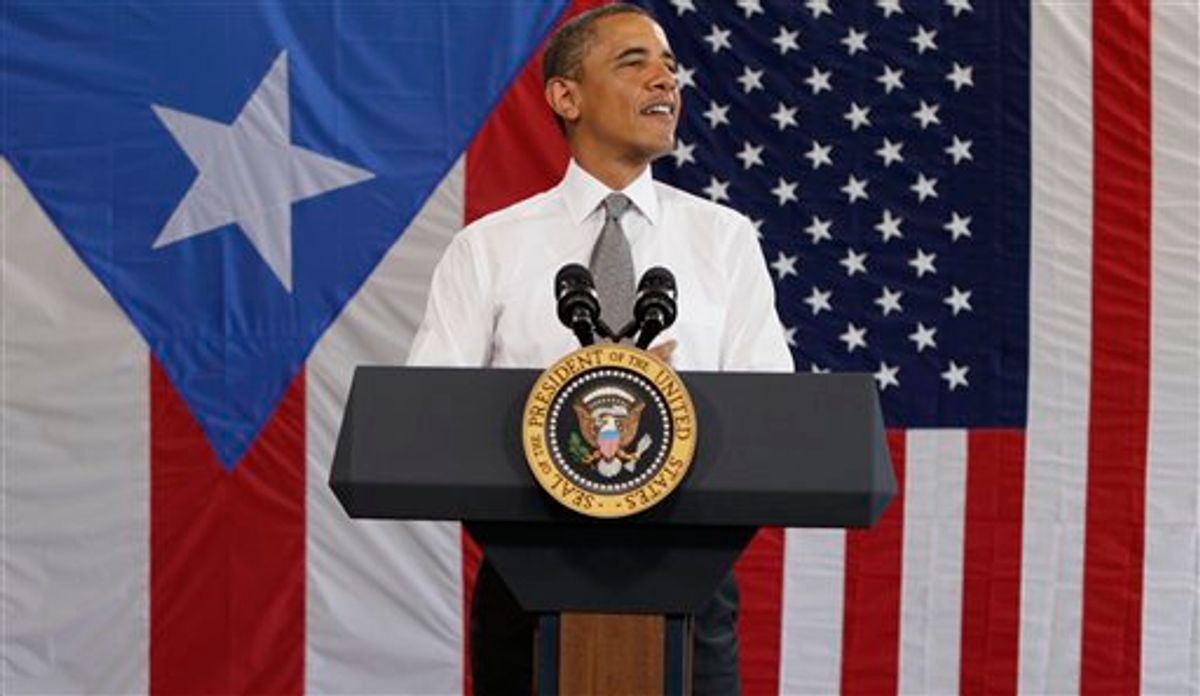 Along with presumably tens if not hundreds of thousands of other people, I recieved a charming email today from "Barack Obama" -- subject matter: "Dinner?" -- offering me and "four supporters like [me]" the chance to have dinner with him. It won't be anything fancy: just a "kind of casual meal among friends" -- provided I donate $5 or more to his re-election campaign. This is necessary because he's a special kind of politician once again running a special kind of campaign:

We didn't get here doing that, and we're not going to start now. We're running a different kind of campaign. We don't take money from Washington lobbyists or special-interest PACs -- we never have, and we never will.

We rely on everyday Americans giving whatever they can afford -- and I want to spend time with a few of you.

From The New York Times, Monday:

The event, organized by the Democratic National Committee, kicked off an aggressive push by Mr. Obama to win back the allegiance of one of his most vital sources of campaign cash -- in part by trying to convince Wall Street that his policies, far from undercutting the investor class, have helped bring banks and financial markets back to health.

One Democratic financier invited to this month's dinner, who asked for anonymity because he did not want to anger the White House, said it was ironic that the same president who once criticized bankers as "fat cats" would now invite them to dine at Daniel, where the six-course tasting menu runs to $195 a person.

And let us not forget where Obama was when, prior to the 2010 midterm election, he mocked the Left for being insufficiently grateful for all of his fantastic accomplishments; that took place at "a Democratic National Committee dinner [] held at the sprawling Greenwich estate of Richard and Ellen Schapps Richman. The price per plate [was] said to be [] around $30,000."

Though I think it's quite revealing, I don't really have any objection to Obama's efforts to persuade Wall Street and other oligarchs to (once again) fill his coffers with cash.  Virtually every politician, especially at this level, is going to troll for money wherever they can get it, if, for no other reason, than to deprive their opponents of that cash.  I just don't want to have to once again endure 18 months of the propagandizing (and false) mythologizing conceit that this is some sort of special campaign propelled by plucky, small-donor enthusiasts driving him back to the White House $5 and $10 at a time so that he can stand up on their behalf to special interests.

UPDATE:  The New York Times today describes how the nation's banking industry was desperate for a special law to serve its interests in a protracted patent dispute -- after many futile "years of fighting . . . .at the federal Patent Office, in court and across a negotiating table" -- and thus turned to "one of their best friends in Congress," Sen. Chuck Schumer, who quickly and dutifully gave them what they wanted by inserting that special protection into a new law.  As the NYT previously detailed, Schumer has long been one of the key cogs in the Democratic Party's fundraising machinery by serving the interests of Wall Street, which in return lavishes the Party with massive largesse.  But if you give Barack Obama $5 or more for his re-election campaign, you'll win the chance to sit down with him for dinner -- a "kind of casual meal among friends" -- because that's the Party of the little guy and gal.