How the GOP's war on workers' rights undermines the economy 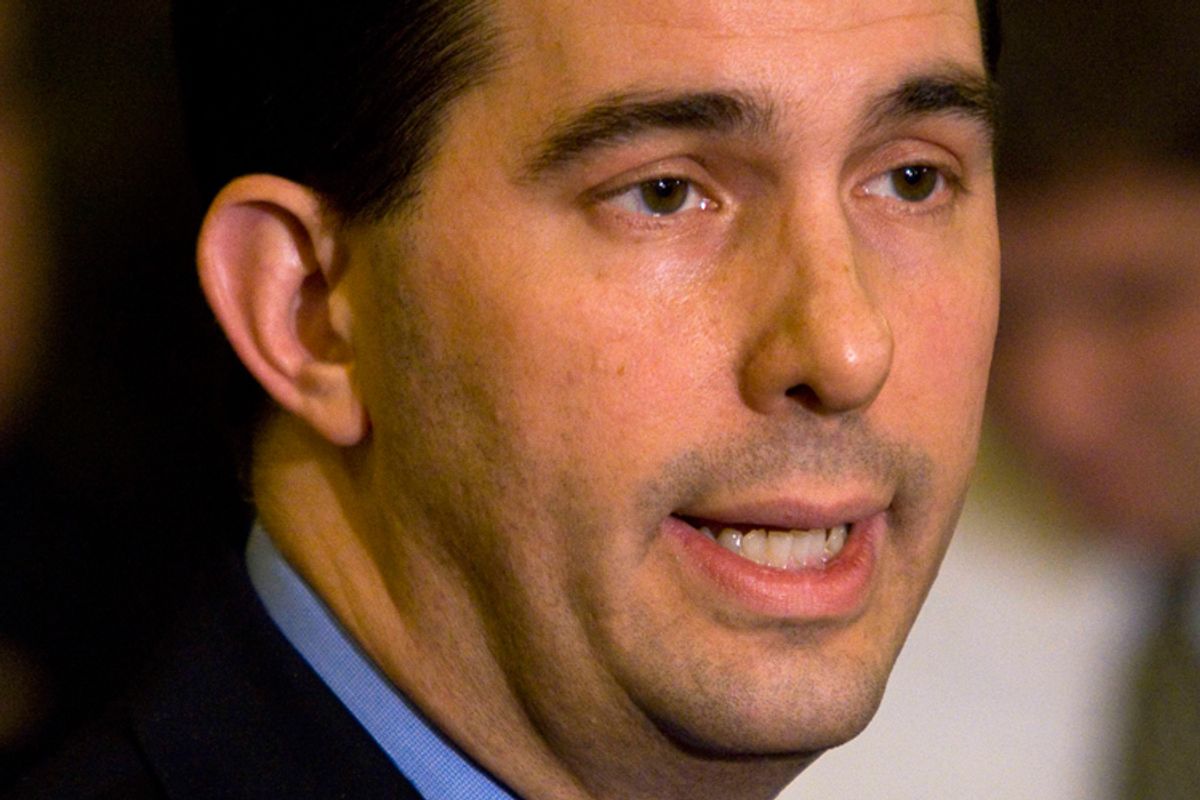 The battle has resumed in Wisconsin. The state supreme court has allowed Governor Scott Walker to strip bargaining rights from state workers.

Meanwhile, governors and legislators in New Hampshire and Missouri are attacking private unions, seeking to make the states so-called "open shop" where workers can get all the benefits of being union members without paying union dues. Needless to say this ploy undermines the capacity of unions to do much of anything. Other Republican governors and legislatures are following suit.

Republicans in Congress are taking aim at the National Labor Relations Board, which issued a relatively minor proposed rule change allowing workers to vote on whether to unionize soon after a union has been proposed, rather than allowing employers to delay the vote for years. Many employers have used the delaying tactics to retaliate against workers who try to organize, and intimidate others into rejecting a union.

This war on workers' rights is an assault on the middle class, and it is undermining the American economy.

The American economy can’t get out of neutral until American workers have more money in their pockets to buy what they produce. And unions are the best way to give them the bargaining power to get better pay.

For three decades after World War II – I call it the “Great Prosperity” – wages rose in tandem with productivity. Americans shared the gains of growth, and had enough money to buy what they produced.

That’s largely due to the role of labor unions. In 1955, over a third of American workers in the private sector were unionized. Today, fewer than 7 percent are.

With the decline of unions came the stagnation of American wages. More and more of the total income and wealth of America has gone to the very top. Middle-class purchasing power depended on mothers going into paid work, everyone working longer hours, and, finally, the middle class going deep into debt, using their homes as collateral.

But now all these coping mechanisms are exhausted -- and we’re living with the consequence.

Some say the Great Prosperity was an anomaly. America’s major competitors lay in ruins. We had the world to ourselves. According to this view, there’s no going back.

But this view is wrong. If you want to see the same basic bargain we had then, take a look at Germany now.

Germany is growing much faster than the United States. Its unemployment rate is now only 6.1 percent (we’re now at 9.1 percent).

What’s Germany’s secret? In sharp contrast to the decades of stagnant wages in America, real average hourly pay has risen almost 30 percent there since 1985. Germany has been investing substantially in education and infrastructure.

How did German workers do it? A big part of the story is German labor unions are still powerful enough to insist that German workers get their fair share of the economy’s gains.

That’s why pay at the top in Germany hasn’t risen any faster than pay in the middle. As David Leonhardt reported in the New York Times recently, the top 1 percent of German households earns about 11 percent of all income – a percent that hasn’t changed in four decades.

Contrast this with the United States, where the top 1 percent went from getting 9 percent of total income in the late 1970s to more than 20 percent today.

The only way back toward sustained growth and prosperity in the United States is to remake the basic bargain linking pay to productivity. This would give the American middle class the purchasing power they need to keep the economy going.

Part of the answer is, as in Germany, stronger labor unions — unions strong enough to demand a fair share of the gains from productivity growth.

The current Republican assault on workers’ rights continues a thirty-year war on American workers’ wages. That long-term war has finally taken its toll on the American economy.

It’s time to fight back.