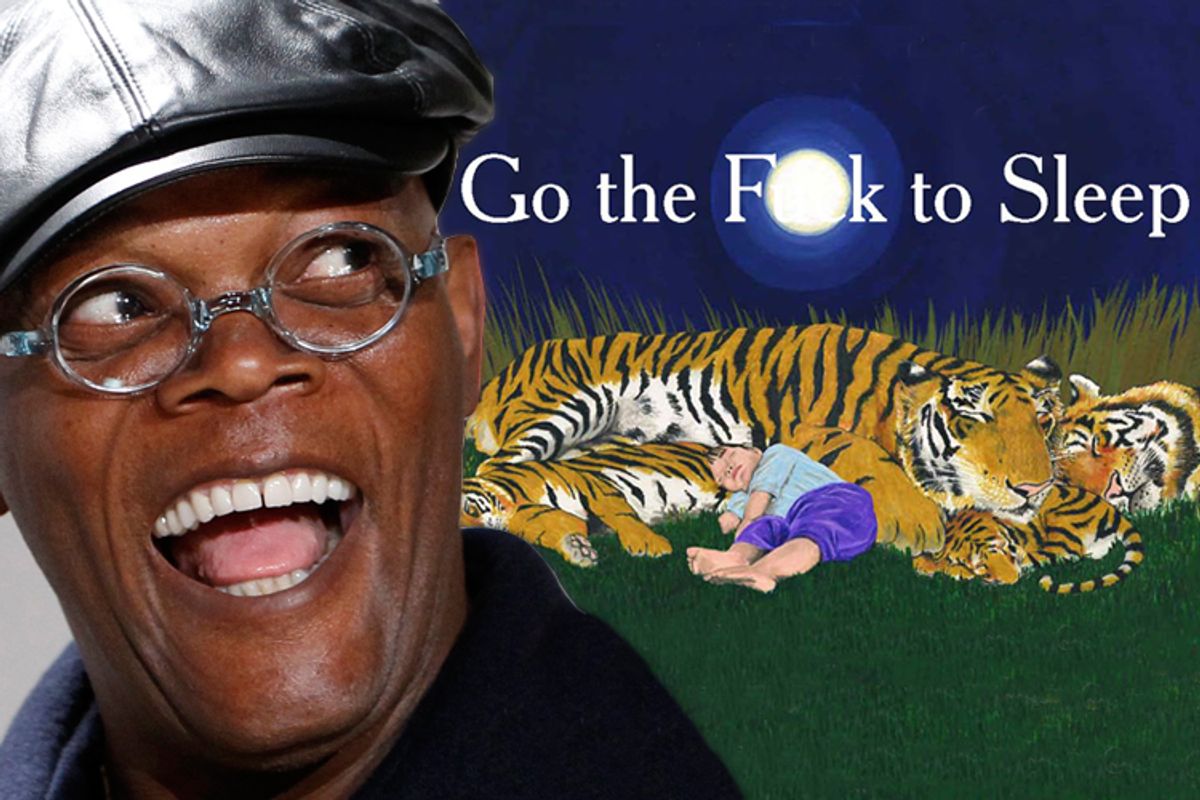 Samuel L. Jackson knows where you can stick your bedtime story.
--

Yesterday we featured an interview with "Go the F**k to Sleep" author Adam Mansbach, who managed to make it to the New York Times bestseller list with a status update-turned-children's book. Now we're hearing word that acclaimed German director and actor Werner Herzog is getting ready to do an audiobook recording for Masbach's hit, turning lines like "The flowers doze low in the meadows / And high on the mountains so steep. / My life is a failure, I'm a shitty-ass parent. / Stop fucking with me, please, and sleep," into something much darker and treacherous than your normal "Curious George" story.

Then again, a Herzog impersonator has been doing children's book readings on the Internet for over a year now, including "Winnie the Pooh" and "Where's Waldo." Having the actual Herzog read "Go the F**k to Sleep" could hardly be an improvement on the parodies, but it's exciting nonetheless.

Especially since "Go the F**k to Sleep" already has one famous name attached to the audio recordings: Samuel L. Jackson's. Check out the full version below. (NSFW language, obviously.)

Jackson said he was anxious to do the audiobook because he used to tell his own daughter to "go the f**k to sleep" when she was growing up.