Rep. Brad Sherman on the illegality of the Libyan War

The Democrat discusses his bill, passed by the House, to cut off war funds until Obama complies with the law 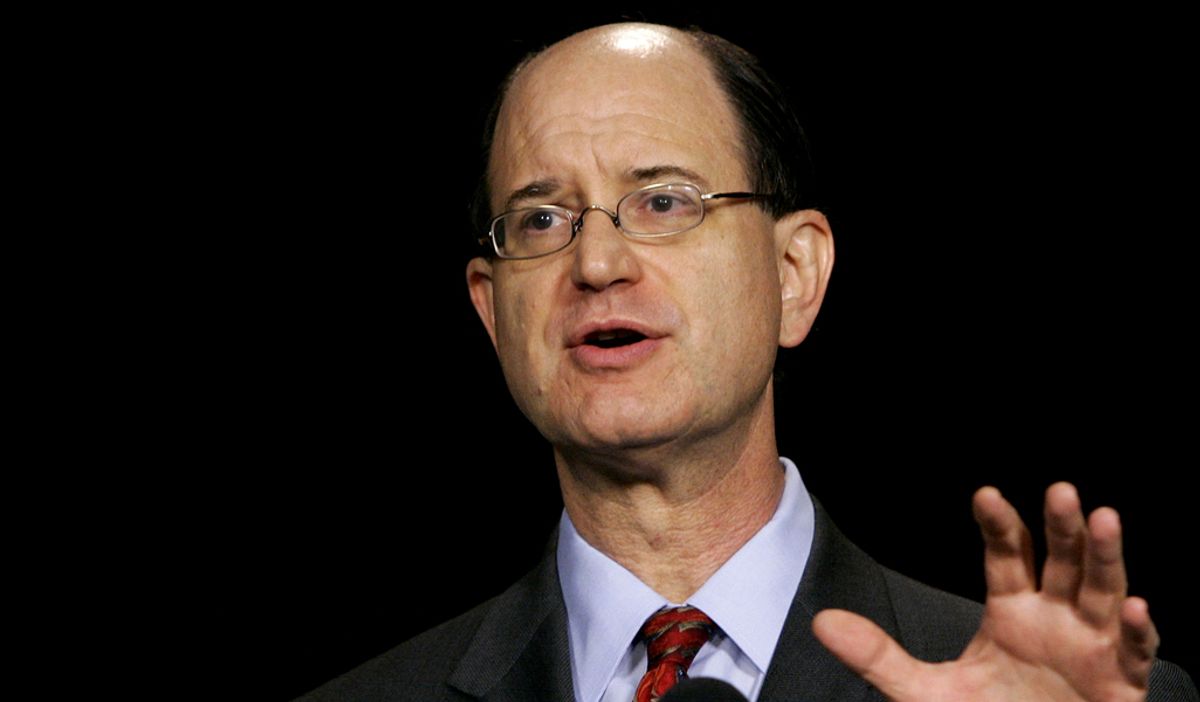 When I wrote earlier this week of a potential left/right coalition emerging against the National Security State, a commenter replied -- a bit snidely but mostly accurately -- that I've "been predicting a 'bipartisan coalition emerging . . . for five or more years now."  "Hoping for" and "advocating" are probably more accurate terms than "predicting," but, as I detailed in that post, events over the last couple months provide ample support for that development.  That is even more true with events over the last week.

The GOP presidential debate on Tuesday included numerous candidates, beyond Ron Paul, expressing serious skepticism about America's posture of Endless War, so much so that The New York Times today -- in an article entitled "Candidates Show G.O.P. Less United on Goals of War" -- finally took note of this trend: "The hawkish consensus on national security that has dominated Republican foreign policy for the last decade is giving way to a more nuanced view."  Today, a new bill was introduced -- by liberal Sen. Ron Wyden and Tea Party GOP Rep. Jason Chaffetz of Utah -- to limit the ability of government agents to track the location of cars and cell phones.

And most significantly, on Tuesday night, an amendment sponsored by the Democratic hawk and AIPAC loyalist Rep. Brad Sherman of California -- to cut off funds for the war in Libya unless and until the President complies with the War Powers Resolution -- passed the House by a substantial majority, with roughly equal support from both parties, though with the leadership of both parties (Pelosi, Boehner, Hoyer, Cantor) in opposition.  Relatedly, a bipartisan group of House members today sued Obama and Defense Secretary Gates, claiming the war in Libya is illegal and unconstitutional.  And Boehner, seeking to satisfy his caucus, wrote a letter to President Obama warning him that the war in Libya would soon be in violation of the War Powers Resolution if he failed to obtain Congressional authorization.

The very pro-Obama blogger Booman today astutely argued that the GOP is of course being hypocritical in its sudden assertion of Congressional war powers (Boehner, for instance, long argued against the law's viability), but that -- regardless of the hypocrisy -- this is nonetheless a positive development.  Indeed it is.  The very idea that the President can start and prosecute wars on his own, without democratic consent, is not only lawless but is the hallmark of an empire, and it's long past time to put an end to that abuse.  Even Bush went through the motions of having Congress endorse his wars.

The growing bipartisan pressure on the White House today forced the President to once again offer a painfully ludicrous justification for why he is permitted to wage this war in Libya: namely, that the U.S. role is so limited that it does not require Congressional approval.  John Cole gives that claim the derisive treatment it deserves, but it is also worth noting that the War Powers Resolution, on its face, is not triggered by a "war," but rather "any case in which U.S. Armed Forces are introduced into hostilities."

I interviewed Rep. Sherman earlier today with regard to these matters, and this 10-minute podcast discussion can be heard by pressing PLAY on the recorder below.  In particular, Sherman scoffed at Obama's new excuse by pointing out that the U.S. is flying sorties and engaging in numerous other acts of war and, indeed, Secretary Gates has been continuously complaining that NATO's failure to bear its share of the burden has necessitated that the U.S. do far more in this war than it wants to do.  The very notion that the U.S. isn't engaged in "hostilities" is so patently false -- so Orwellian -- that it is the same type of we-create-our-own-reality pathology for which Bush officials were so notorious in order to evade the law at will.  The discussion with Rep. Sherman can be heard here:

UPDATE (Thurs.):  There is clear concern among the war zealots on the Right about a growing antiwar/isolationism strain in the GOP (Bill Kristol was worrying about this development months ago with the rise of the Tea Party and the emphasis on spending cuts).  When asked about the GOP presidential debate, Sen. Lindsey Graham replied:  "I was incredibly disappointed. No one seemed to have a passion for the idea that we're fighting radical Islam and the center of that battle is Afghanistan."  Meanwhile, The Washington Post's resident torture advocate, Marc Theissen, frets in a column entitled "Republicans for Retreat" that the answers given at that debate were "deeply troubling" because they possibly signal "the GOP flirtation with retreat in Afghanistan," while that paper's Deputy Editorial Page Editor (and one of the nation's most doctrinaire neocons), Jackson Diehl, worries that "the Republican party [is] turning isolationist for 2012."

For the reasons I described at length on Monday, this GOP transformation -- with a few exceptions -- is everything but sincere; it is partisan, opportunistic, and cynical, and it's very hard to imagine it enduring under a GOP President (after all, the last time there was a GOP President, the party all but declared war opposition to be a form of treason: cut and run! Impeding the troops in harm's way!! Undermining the Commander-in-Chief in a time of war!!!).  But it is nonetheless a useful development.  Given that the current Democratic President has proven to be so enamored of war and bombing policies -- and that GOP hawks now find themselves defending Barack Obama and his foreign policies far more than they criticize them -- it really is not hard to imagine, as Diehl put it, that the 2012 GOP nominee's "criticism [of Obama's foreign policy will] come from the anti-intervention left, rather than the hawkish right."  That seems clearly preferable to a "debate" in which each side tries to prove they're more war-loving and bellicose than the other.