J.K. Rowling does some viral marketing for Pottermore

With Harry Potter's adventures drawing to a close in cinemas, what enigmatic message could his author be hiding? 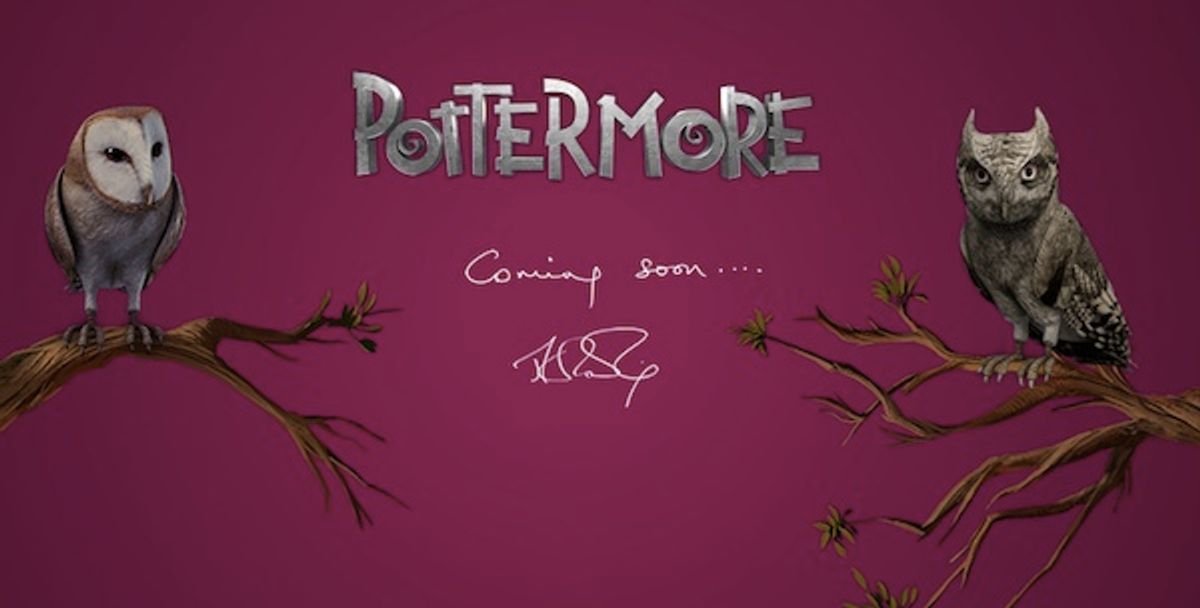 J.K. Rowling has some very big news! Of course, you're going to have to wait a week before finding out what the "Harry Potter" author has to say, but that doesn't mean that her fans didn't get all lathered up in geek oils today when 10 H.P. sites were sent special coordinates that ended up spelling out "POTTERMORE" on Google Maps. Neeeeeerds!

Go to Pottermore.com, and you can see that there isn't much going on. I mean, the name is super-exciting, don't get me wrong, but for right now the site is just owls that are exactly what they appear. Click on J.K.'s scrawling signature, and you are transported to the world's most boring YouTube video ever: a countdown clock of the amount of time left before J.K. lets us in on her big announcement.

Seeing as the final "Harry Potter" installment is due out in a month, now would be the perfect time for J.K. to start drumming up buzz on her next project. Though I had hoped she would go in a different direction and try to branch out, it seems like we're going to be seeing some "more Potter," unless that anagram happens to just be a coincidence.