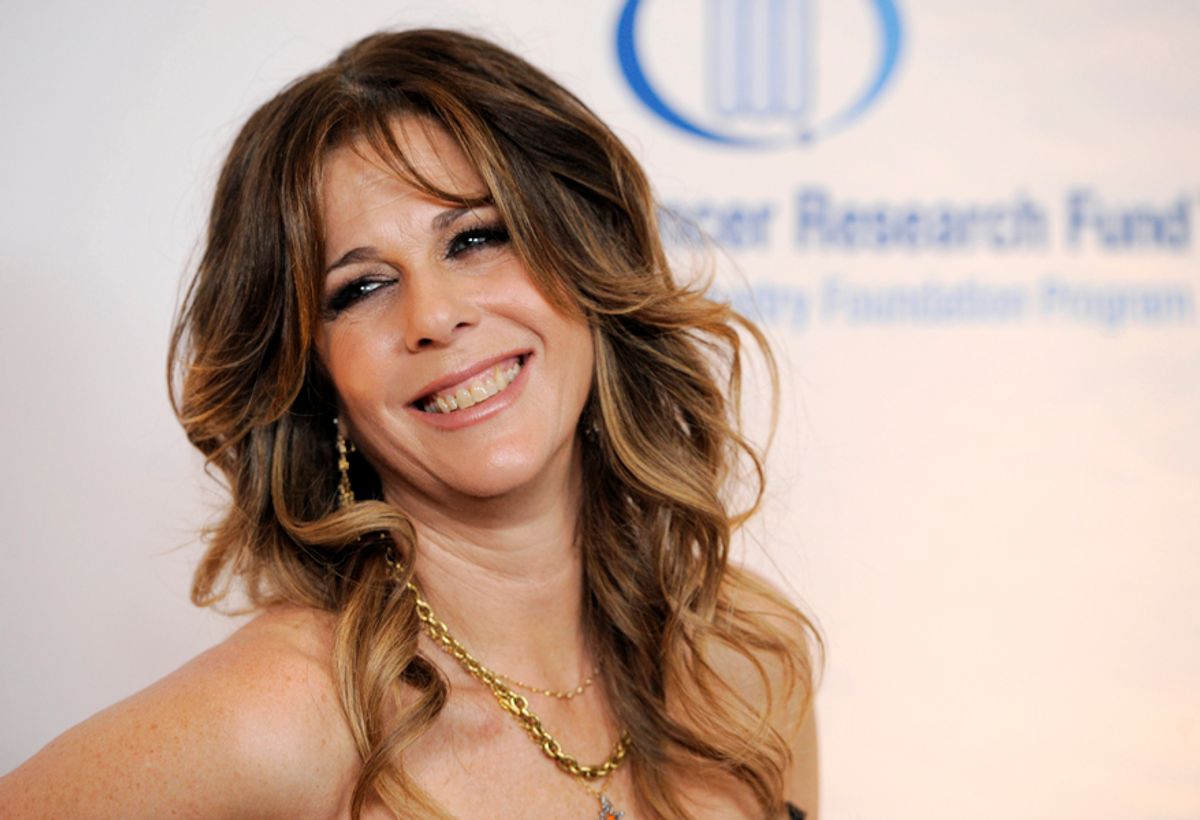 A person goes through many ages and stages in life. There's babyhood and childhood and adolescence and youth. And then there's, you know, "post 40."

When actress Rita Wilson was named the editor of a new Huffington Post site, launching later this summer, called Huff/Post 40, it was yet another reminder of the vast cliff we are perceived to jump off at the end of our 30s. Long past that golden 18-35 demographic, we are instead one big lumpy swarm, just eating fiber together and buying products with the word "mature" somewhere on the label.

The phrase "over 40" is, I suppose, meant kindly. The implication is that after 39, who wants to keep track anyway? Magazines like More vaguely allude to "the richest years" of a woman's life and offer tips on how to dress "modern" and the best makeup "trends." Earlier this year, Moviefone paid tribute to "40 Actresses Over 40" -- a list that put 40-year-old Jennifer Connelly right next to 64-year-old Glenn Close, and 41-year-old Rachel Weisz next to 63-year-old Dianne Wiest. And news outlets were quick this week to seize upon the results of a study that revealed that a significant proportion of the readers of youthful magazines like Glamour, Vogue and Elle are "over 40." Yet nowhere in the stories of the underrepresentation of "older" women in those magazines was the issue of what constitutes an "over 40" reader anyway. I'm over 40. So is my 78-year-old mother-in-law. So, for that matter, is 54-year-old Huff/Post 40 editor Rita Wilson. Sure, maybe we all like to read the New Yorker and enjoy Tom Hanks movies, but we belong to three distinct generations, and, I suspect, use different moisturizers.

We are not living in narrow times. The graying boomers and Gen-Xers are listening to the same Radiohead and Black Keys and Springsteen music their kids and grandkids are, playing the same Nintendo, and borrowing each other's ironic T-shirts. And for someone like me, for whom the rather loosey goosey phrase "over 40" is mathematically accurate, the label isn't much of a big deal -- though I'd prefer it if magazine editors and advertising agencies didn't always feel the need to stick the phrase "and fabulous" after it all the time.

But there's something downright silly about the idea that all of us born prior to 1972 are part of the same tribe, that we have the same experiences, interests or vitamin formulas. The 41-year-old Tina Fey, who is expecting her second child this year, isn't the same "over 40" as 65-year-old Helen Mirren. And for 58-year-old Patti Davis to pose nude earlier this year makes a different statement than it did when she did it at the still "over 40" age of 42. There is life after your fourth decade. If you're lucky, years and years of it. And while 40 may not be the new 30, it sure as hell isn't the new 80 either.