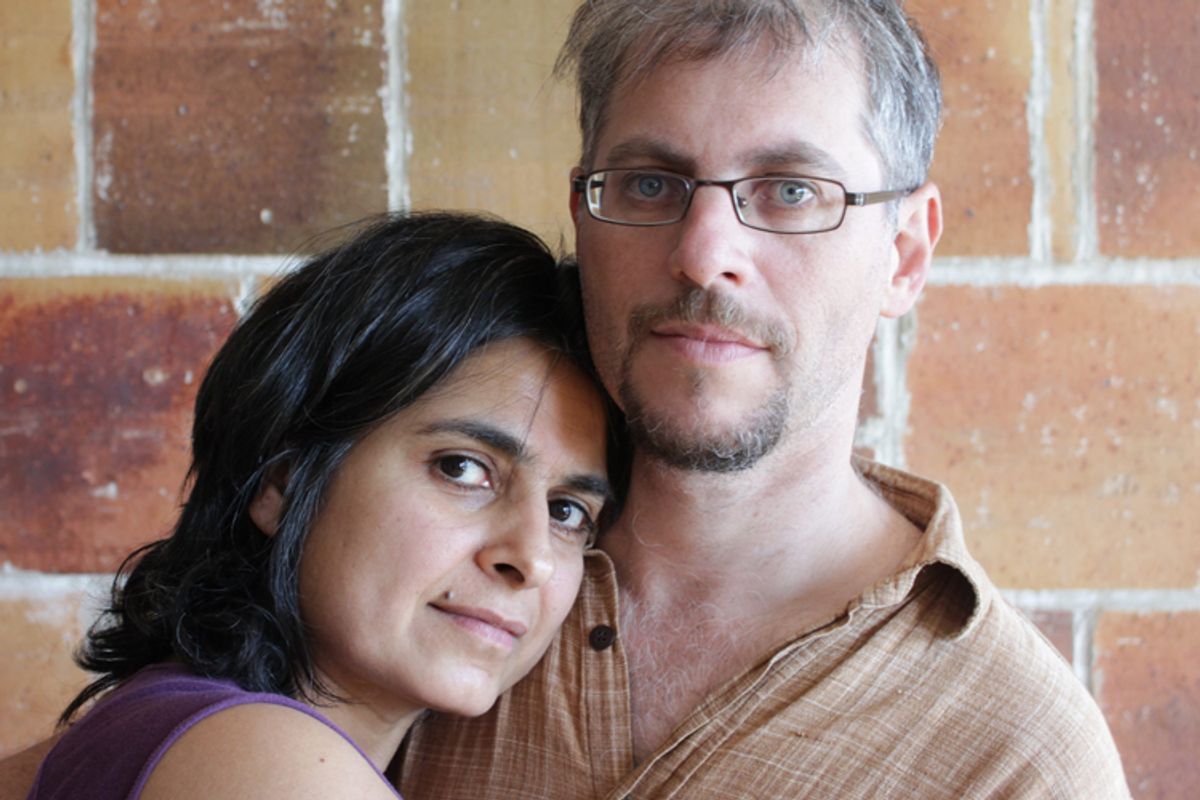 Shabnam Merchant and Daniel Goldstein in "Battle for Brooklyn"
--

In the movies, when David fights Goliath, we generally know who's going to win. In real life, of course, it tends to be the other way around, as the compact and fascinating documentary "Battle for Brooklyn" demonstrates. Compressing a seven-year civic struggle over a massive redevelopment project in the center of Brooklyn, N.Y., into 93 minutes, Michael Galinsky and Suki Hawley's film spins a compelling tale about the value of individual and collective resistance, even as it makes clear where power in our society really resides. Along the way, "Battle for Brooklyn" tells the story of a love affair and a new family, and reminds us that even billionaires are not omnipotent.

No doubt "Battle for Brooklyn" will be of most interest to New Yorkers, and particularly to people who live or work in the city's most populous borough. But the film's basic situation -- local residents and community activists vs. the development schemes of major politicians and big business -- is an archetypal element of urban life, one that can be found in almost any city, large or small, from Maine to California. What distinguished kazillionaire developer Bruce Ratner's plan to remake the center of "America's fourth-largest city" (to borrow the boosterish phrase of Brooklyn Borough President Marty Markowitz) was primarily its size and audacity, along with the fact that the ensuing battle turned very ugly and inevitably attracted the attention of the national media, much of which is headquartered a few miles away across the East River.

I should make clear that I live barely half a mile from Ratner's long-brewing Atlantic Yards development, which was originally supposed to include numerous high-rise residential and office buildings, along with a new arena for the soon-to-be-relocated New Jersey Nets (the NBA team that Ratner owned at the time). I have all the NIMBYish concerns about its effect on traffic and property values in my quiet, middle-class neighborhood that you'd expect. But I would never have denied that the dilapidated Long Island Railroad yard along Atlantic Avenue that Ratner picked as his centerpiece, along with the mixed-use area around it, was in need of revitalization. The question was more about how it would be developed, and who would get a say in the decision-making process. I think the same question was being asked all along by Daniel Goldstein and Shabnam Merchant, the activists who met and got married and had a daughter while the filmmakers were watching them fight against Ratner's plans.

Goldstein got involved at first by happenstance, because he lived in a condo building Ratner planned to demolish, and where he ultimately became the last holdout after every other owner had sold out. I'm not sure he and Merchant would put it exactly this way, but their struggle -- and those of a ragtag collection of local activists and residents -- eventually became more symbolic in nature, an act of resistance that was always likely to end in defeat. Among other things, they wanted to expose the way Forest City Ratner, the development corporation, had gamed the system by using its pull with powerful officials like Markowitz, Mayor Mike Bloomberg and Sen. Chuck Schumer, and had used odious and divisive racial politics to bulldoze local opposition.

As "Battle for Brooklyn" makes clear, TV news cameras were hypnotized by an easily comprehensible angle, the idea that the development fight pitted privileged white yuppie newcomers, who were a bit too easily offended by construction equipment, against poor, black longtime residents who wanted jobs, affordable housing and a Brooklyn basketball team. This was never true or fair. If anything, it was a perception deliberately created by Ratner, who funded "grassroots" community groups that hadn't previously existed, hired local black ministers as consultants and recruited the now-notorious ACORN to rally housing-project residents to his cause. African-American officials who actually represented the neighborhood, including City Councilmember Letitia James and the local assemblyman and state senator, were uniformly opposed to Atlantic Yards, and correctly perceived Ratner's promises of local jobs and affordable housing as empty.

If Goldstein, Merchant and James couldn't stop Bruce Ratner, macroeconomic conditions slowed him down quite a bit. Eight years after the project was first proposed, there are no new housing or commercial buildings on the Atlantic Yards site and only a few dozen construction jobs. With the real estate economy in shambles and Forest City Ratner's stock price in the toilet, Ratner is building exactly one structure, an arena for the Nets, whom he no longer owns. (Last year he sold the team to Russian billionaire Mikhail Prokhorov, the NBA's first foreign owner.) The arena will be named for Barclays Bank, which had to borrow $2.3 billion to survive the 2008 financial crisis, and recently paid $298 million in fines for helping the Iranian government launder funds. Meanwhile, New York's transit agency, the MTA, has slashed service and raised train fares while also agreeing to reduce the development fee owed by Ratner from $100 million to $20 million. Some analysts predict that most of the Atlantic Yards site will remain vacant, or be rented out as parking lots, for decades to come.

"Battle for Brooklyn" is now playing at the Cinema Village in New York and indieScreen in Brooklyn, N.Y., with more cities to follow.