We're on the fence about: Cats that act like dogs, Justin Timberlake's drug use, Tom Cruise's singing and more 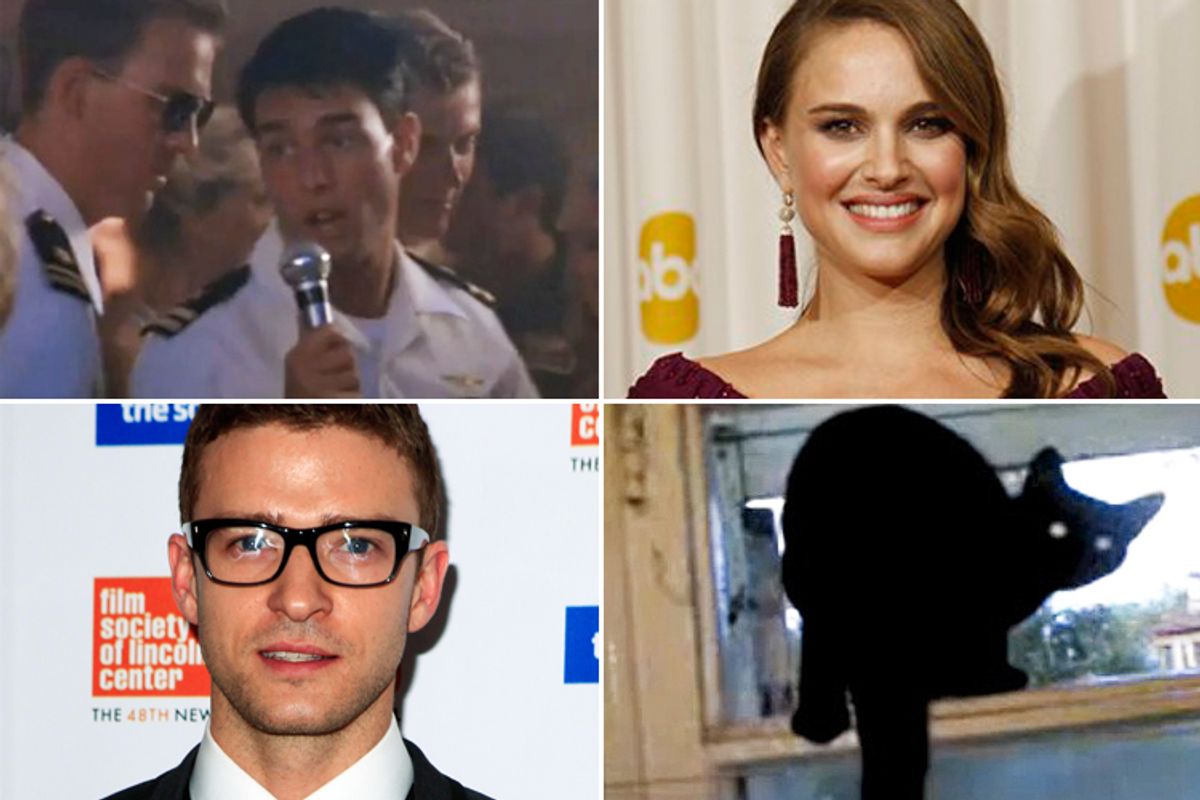 1. Natalie Portman is now a mommy: The "Black Swan" had a little duckling this week that she is naming god knows what. Probably something odd though … that's how celebrities are, you know?

2. Speaking of which: Robin Williams named his daughter Zelda because he liked the video game.

3. Gwyneth Paltrow just can't stop being "Glee"-ful: The GOOP founder showed up at the live show on Thursday night in New Jersey to sing "Forget You." Again? Again.

4. Justin Timberlake on marijuana: He smokes it!  Alert the presses!

"The only thing pot does for me is it gets me to stop thinking," the "Bad Teacher" star explains. "Sometimes I have a brain that needs to be turned off. Some people are just better high."

5. Katie Holmes continues to be a robot: Latest sign the actress has had a lobotomy? Going on record to say her husband, Tom Cruise, has an "incredible" voice.  You mean this guy?

6. She will never have to deal with bullies again: Leslie Taylor's sweet 16 party included performances by Jay-Z and Kanye.  And what did your parents get you? (It better be a pony.)

7. Just call them the Spooky Lips: The Flaming Lips played Pink Floyd's "Dark Side of the Moon" at the Hollywood Forever Cemetery this week. Then they raised the dead and had a party (not necessarily in that order).

8. Ladies, get ready: Turns out we're more likely to get divorced if we had sex at a young age, and we're still really terrible drivers.

9. John C. Reilly is not joining "The Hunger Games": So sad. But has not said anything one way or another about joining "Game of Thrones" next season. Just sayin'.