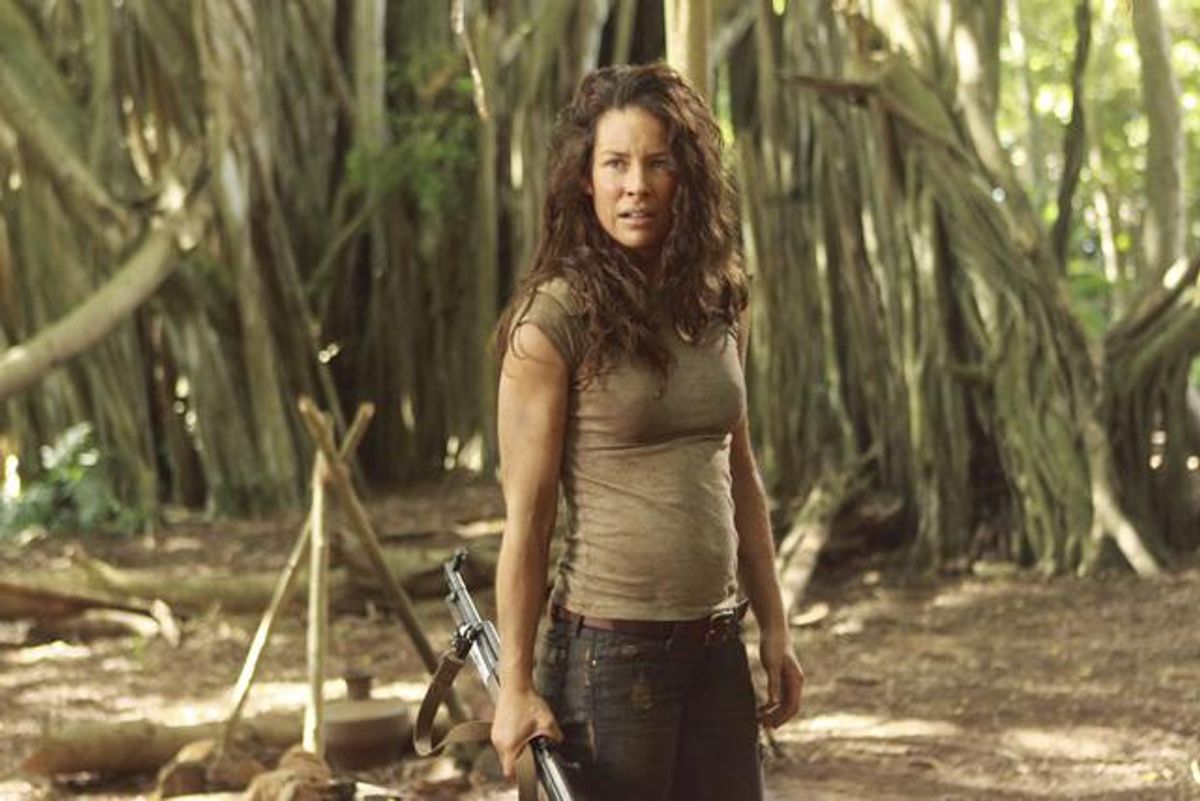 Due to her ability to look sort of like Liv Tyler, we imagine, actress Evangeline Lilly has just been cast in Peter Jackson's "The Hobbit" as an elf. Evangeline is most famous for playing Kate on "Lost," probably because she has had no other speaking roles in television or film since the show. Jackson has faith in Lilly though, sending out a Facebook note in lieu of an official announcement that spoke to the star's talent:

Evangeline Lilly will be playing a new character—the Woodland Elf, Tauriel. Her name means 'daughter of Mirkwood' and, beyond that, we must leave you guessing! (No, there is no romantic connection to Legolas.) What is not a secret is how talented and compelling an actress Evangeline is; we are thrilled and excited she will be the one to bring our first true Sylvan Elf to life.

This should coincide nicely with the careers of her former co-stars, some of who seem to be done licking their wounds about "Lost's" crash and burn of a finale one year ago. Josh Holloway, who played the con man Sawyer, was on the season finale of "Community" and is busy with "Mission Impossible: Ghost Protocol." Matthew Fox is currently filming both "World War Z" and "I, Alex Cross."  And we're still waiting to hear about that J.J. Abrams pilot set to star Terry O'Quinn (Lock) and Michael Emerson (Ben Linus).

In the meantime though, we can start getting psyched about "The Hobbit" movie, which will also have comedian Barry Humphries in the role of the Goblin King. Hopefully he will do David Bowie justice.