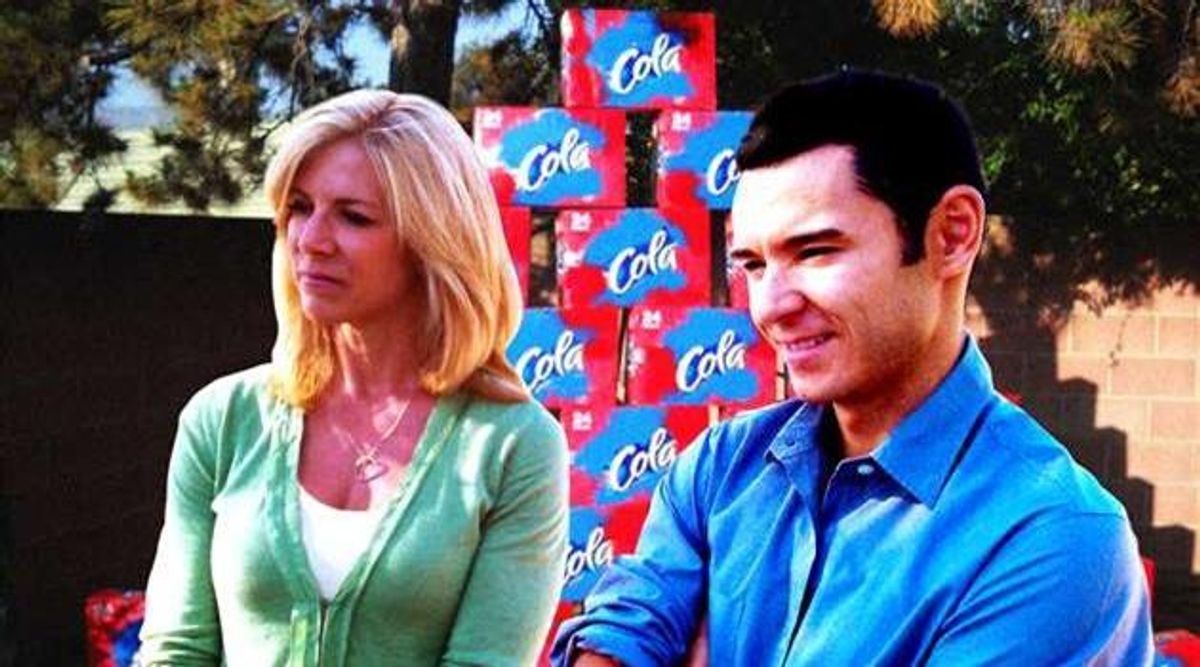 JJ Virgin has one of the stranger jobs out there: After spending 25 years studying health and fitness, she now spends her time on TLC, turning around the lives of food addicts on "Freaky Eaters." (No, that's not the show about people who eat laundry soap, a similar program on the same network called "My Super Strange Addiction.") "Freaky Eaters" documents the life of a person addicted to a certain type of edible food -- french fries, meat, and corn syrup have all been on the menu -- as well as their recovery with the help of two specialists, Virgin and Dr. Mike Dow.

We spoke to JJ Virgin over the phone about what qualifies someone to be a "freaky eater," as well as some of the more extreme measures they've taken on the program to make people confront their dangerous life choices.

This is the second season of the show, and there has been a lot of controversy about programs similar to "Freaky Eaters," like "Hoarders" and "Intervention." Some people are wondering if putting these people up on screen is helpful or just exploitative. What is your response to that sort of claim?

On "Freaky Eaters" we are dealing with people who don't really fall into one specific disorder, one kind of psychological classification that can be treated. These are people that fall through the cracks, and they are desperate. They need help. I watch some of these shows out there that I do think are exploitative -- though I do think most of them are more life-changing than exploitative -- and I have to tell you, that's not what we do. We do shock therapy, so you have people see the extent that they need to make the change, but I think everything is done in a very respectful way.

When you are dealing with someone who drinks gallons of tartar sauce and make them wade around in a pool of it, or have a guy who loves meat spend a day turning a pile of it into ground chuck in a freezer basement, would you call that behavioral therapy? Is that something you'd see psychological professionals doing if people weren't falling through the cracks?

You know, behavioral therapy is really more what we do at the end of the show, what I call the "lateral shift": having people make small changes in their lives. When someone is an addict of any type, the classic thing is to deny the problem or the extent of it. Shock therapy is to show these people their problem in a way that makes it impossible to deny or to downplay it.

What were some of the more outrageous examples you've had on the show?

The meat episode, that was so disgusting. We were hysterically laughing because the meat was spewing everywhere, as it was being ground up. The first season, we had a girl who ate 6,200 calories of sugar every day. She did all her shopping at the dollar store; it was amazing she wasn't morbidly obese. So we had her lie down in a coffin and covered her with all the sugar she ate, and had her son read off a eulogy about all the things she was going to miss if she died from her lifestyle.

We also had a pizza guy, where we had him pour all the fat from all the pizzas he ate in a year into a big bucket. And then we had him pour the bucket into jars. And at the end we had him dump the bucket, but instead he threw it, and it landed right on the cameraman, who was then covered in fat goop. And then we had a guy who ate 3-6 burgers a day, so we backed a truck filled with burgers right up to him and dumped out all the patties, just covered him up.

I can see how a lot of this is TV-friendly. Do you have a hard time differentiating yourself from the other TLC show, "My Strange Addiction," where people eat stuff that is non-edible (like couch cushions, cigarette ash, and laundry detergent)?

People confuse us all the time. But what I think makes our show stand out is how relatable it is. I have people come up and ask me all the time, "This is what I do, am I freaky eater?" And I'm like "No, just because you eat a muffin everyday doesn't get you qualified, sorry."

We did have a woman who had Pica and ate a lot of corn syrup, but that is still edible.

In my mind, the difference is severity … you can die from being obese, but it's probably not going to kill you as fast as, say, downing laundry detergent every day.

Maybe not as fast, but you'll find what we deal with is way more common, and therefore way more relatable. We try to get to the root of a lot of these issues on the show, because there is a psychological element to it, though a big part of being a "freaky eater" is biochemistry. Many of these people have a food sensitivity. They either are addicted to one taste, or they hate another kind. So the burger guy and the french fries person, they were both supertasters, they could taste things a mile away. And then this year we have a guy addicted to maple syrup, and he's a "sweet taster": nothing is sweet enough for him. These people can't taste sweet well, so they keep wanting things sweeter and sweeter.

That's interesting: so our predetermined sensitivity to different tastes can determine how hooked we get on a food?

Oh totally…we're only at the beginning of understanding the biochemistry behind "taste." It turns out you can taste things all down your G.I. tract. What we're seeing now is just the tip of the iceberg in terms of some of the extreme forms of people with a tasting sensitivity.