The haiku of Sad Keanu

The "Matrix" star has come out with his first tongue-in-cheek ode to depression. Next up: Poetry? 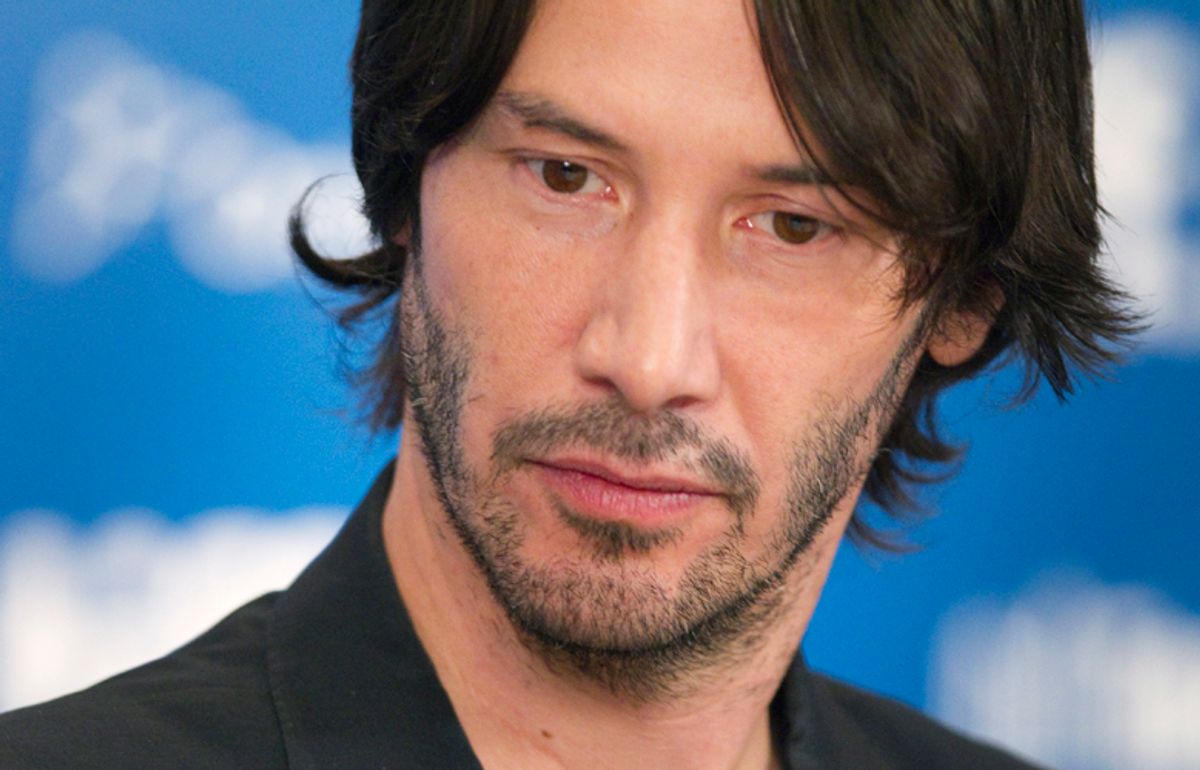 Guys! We all missed National "Cheer Up Keanu" Day, the one time of year we take Sad Keanu (or as my dad says, Key-nu) Reeves and try to make him happy again. How could this happen?

It's hard to believe now that the "Sad Keanu" phenomenon wasn't a marketing stunt to sell Keanu's new book, "Ode to Happiness," which just so happens to be tongue-in-cheek emo observations from Neo himself. "Happiness" seems more clever and cerebral than I usually give Keanu credit for -- one page reads "I draw a hot sorrow bath" and on the following, "In my despair room" -- and since it was written by a celebrity and doubles as an art book by Alexandra Grant, it's retailing for $55 a pop. That should make him happy.

But Keanu plans to extend his role as an author to another book, this time of poetry. As he told the Guardian:

Thanks for clarifying the tunnel difference. Luckily we got our hands on an upcoming copy of the actor's new poetry* and want to give our readers the first glimpse into Keanu haiku. Because, Keanu, the plural of haiku is just "haiku."

Will often reap no rewards

Bleeding out my eye

The pain is unbearable

It is so dark here

What is the absence of light?

Why does it make me so sad?

From the shadow of Neo