Betty White clones herself for the AARP 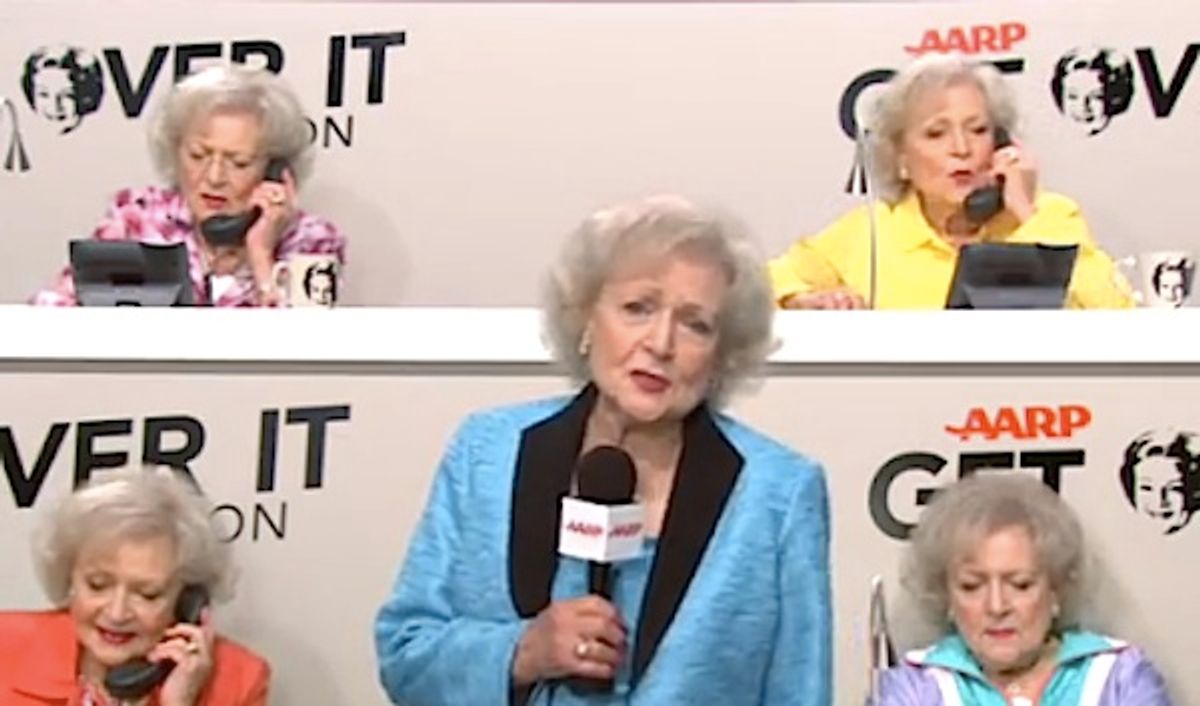 Betty White for the AARP
--

Betty White is like the James Franco of older women. At first everyone jumped aboard her popularity train, and then as she became ubiquitous in our pop culture, the backlash began. (Although, unlike Franco, no one can be too mean to White; instead they blamed the media gigs that keep employing her, like "Saturday Night Live" and "Community.")

This time last year, we were all suffering from a little bit of Betty White fatigue. She was on the Emmys! "Hot in Cleveland"! "Inside the Actor's Studio"! It was like, we got it, Betty White: You are talented and funny (we can trace this whole thing back to when you called Sarah Palin a crazy bitch in 2008) and have sex appeal, something that only older men like Paul Newman are supposed to have! You're one in a million!

I don't know what is appealing about this AARP ad; perhaps enough time has gone by that the Betty White effect is no longer as grating as it was last year. Perhaps it's because the "Being John Malkovichian" elements of the ad seems uniquely tailored to White's brand of spunky, off-kilter weirdness. Perhaps it's because you'd never expect to be sending an AARP commercial to all your friends saying, "Watch this video!!"

Whatever it is, let's just agree that White shouldn't take it as a sign to do 100 more of them. Why ruin a good thing?