Did Bristol Palin accuse Levi of rape in her new memoir?

In "Not Afraid of Life: My Journey So Far," Sarah's daughter describes her first sexual encounter 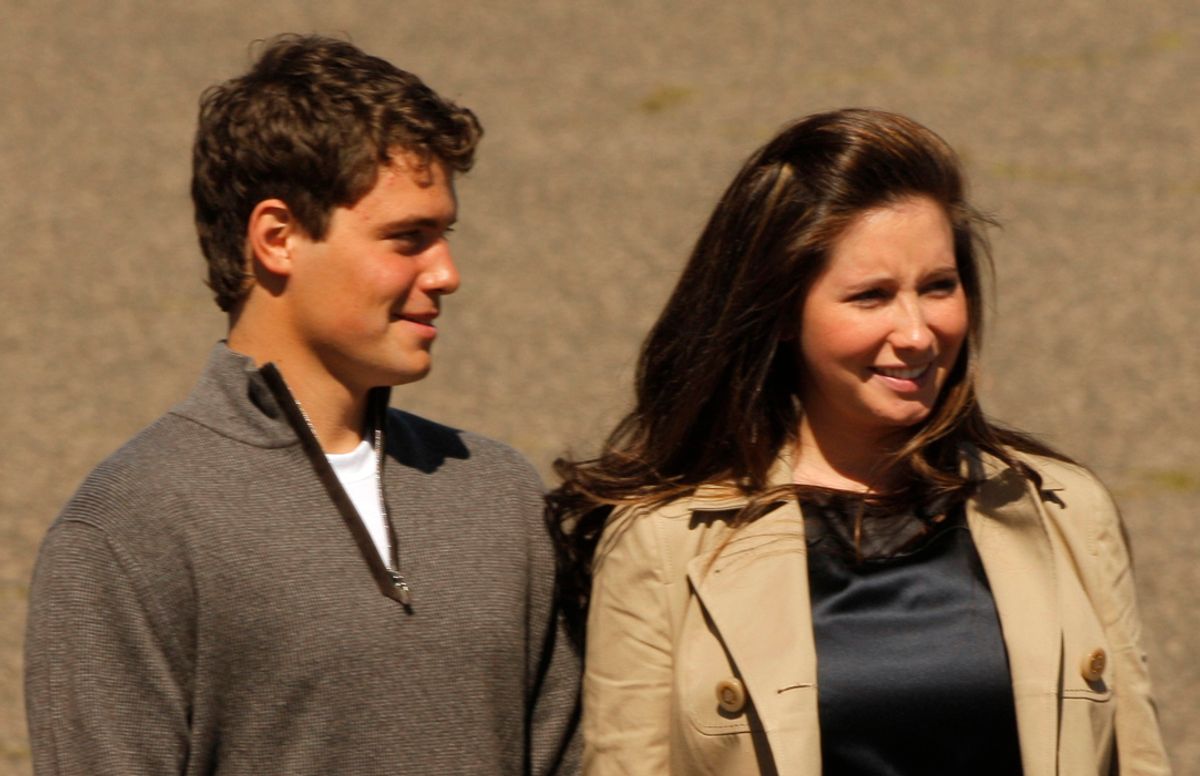 Us Weekly published blips from Bristol Palin's new biography this weekend, which describes in not-so-flattering detail the former V.P. candidate's daughter's coital relationship with baby daddy Levi Johnston. From the excerpts of "Not Afraid of Life: My Journey So Far":

The 20-year-old single mom reveals that, while drunk for the very first time, she lost her virginity to Levi Johnston during a camping trip.

Palin says she woke up alone in her tent, with no recollection as to what happened. Johnston, meanwhile, "talked with his friends on the other side of the canvas."

Snarky blog The Superficial put it in more salacious terms. "Bristol Palin is accusing Levi Johnston of rape!" reads its headline, but that's not really fair to Bristol. Sure, she calls Levi a "gnat" and quotes his reaction to the pregnancy news as "Better be a f***ing boy," (which ... classy!), but that's not Bristol calling it rape. Saying she doesn't remember the event isn't saying she was unconscious for it, just wasted.

The statement is left ambiguous enough that if you held the story up to the light in one way -- Alaskan girl gets drunk for the first time, boyfriend takes advantage -- the colors slant toward an uncomfortable position for Levi, one that some may define as rape (if Bristol was incapacitated, say, and Levi wasn't). But the wording is left just this side of vague enough (Mama Grizzly's lawyers made sure of that, no doubt) that Levi can't exactly call it libel. And Levi will get the chance to tell his own side of the story when his own book, "Deer in the Headlights: My Life in Sarah Palin's Crosshairs" hits the stores. Though if his prose is as clunky as that mixed-metaphor title, I don't know how anyone will be able to read it.