What kind of moves does Radiohead's frontman exhibit in his songs? We look back at some of his twitchier work 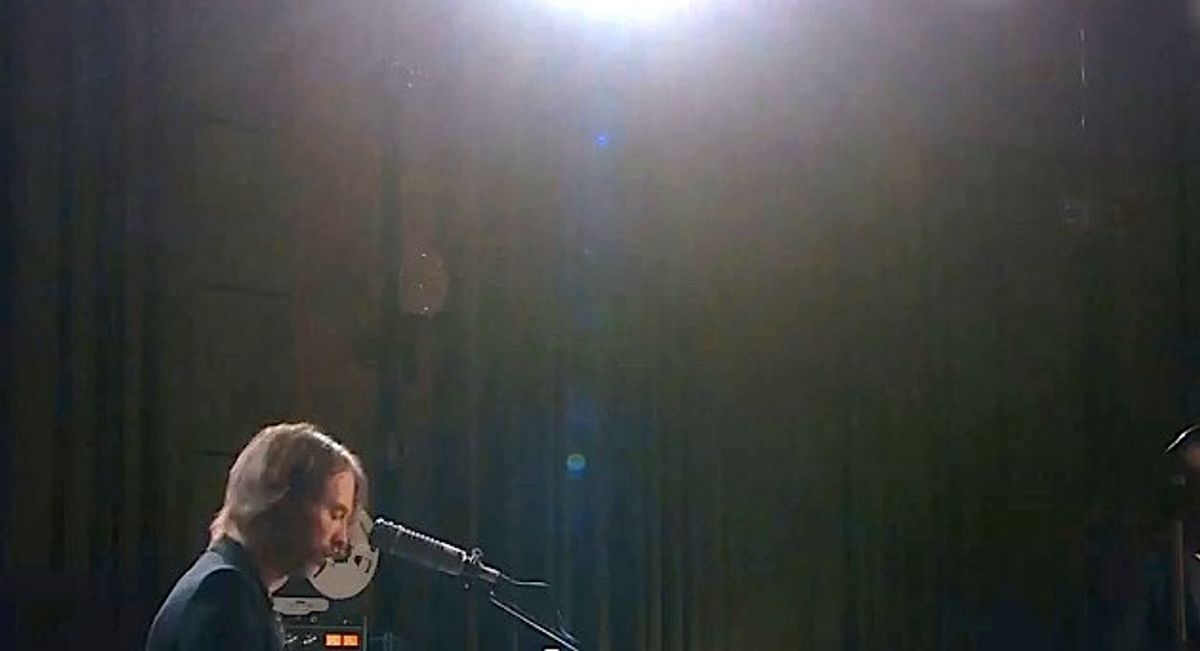 Thom Yorke performs "Staircase," a bonus track from his "The King of Limbs" live session airing on the BBC.
--

Egnimatic British post-punk band Radiohead released a new video today, part of their "King of Limbs: Live From the Basement" session, which will be coming out as a broadcast on the BCC. Sometimes I wonder just how anti-commercial Radiohead really is. Sure, "In Rainbows" was free for download, and Thom Yorke seems to be good enough at the Internets to know that everything will leak eventually so he's able to adjust what his band is selling you accordingly. But the fact that "The King of Limbs" just came out with its faux-newspaper several months ago, and instead of a live tour the band is putting on a BBC show, has me raising my eyebrows. Not very anti-establishment, Radiohead.

Regardless, this post isn't about how big Yorke's golden palace is, it's about his wonderful dance moves. Premiering in his video for "Lotus Flower," Yorke continues to show off his herky-jerky Joy Division dancing in his latest video, though unfortunately "Stairscase" is not as artful as his previous release. Check it out:

If you want to get technical about it, we could just call "Staircase dancing" the "Thom Yorke live session dancing," since those are just the moves that the singer will do if you put him in front of a microphone. Check out his 2008 performance for VH1, singing "Myxomatosis."

So really, "Lotus Flower" was in a category by itself when it comes to spectacular movement:

It was the song that had bloggers all hopped up to explain Yorke's twitchy pantomime ... with step-by-step instructions provided in some cases so you could impress your friends.

An advanced move, this, but try to summon the grizzled persona of a retired rag-and-bone man slowly making his way through a carrier bag full of Tennent's Super while barricaded inside an abandoned cricket pavilion.

What makes Yorke's moves so appealing in "Lotus" is that they actually seem to be rehearsed, rather than some spontaneous reaction Yorke's body has to sound. It's rare that looking so effortful in music would look so cool, but Radiohead have always defied expectations with the amount of craft and care they put into their alternative-style rock.