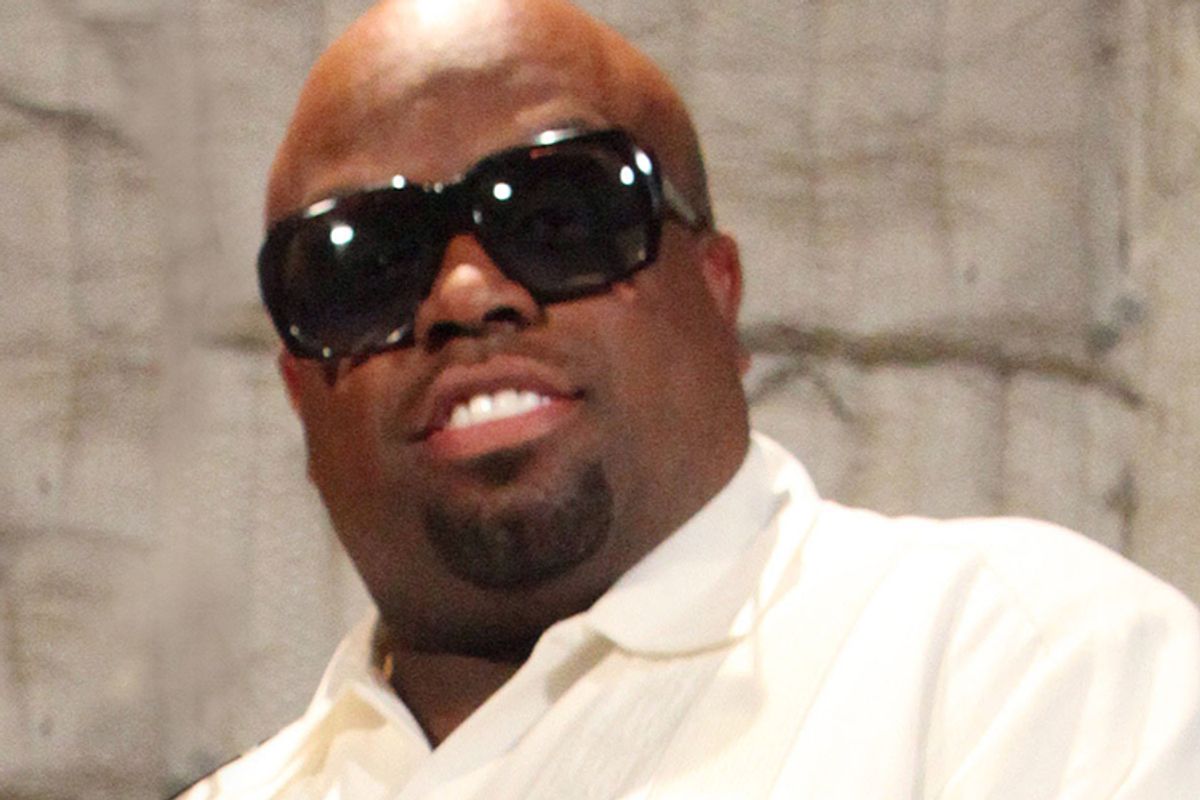 You know that angry, homophobic response to a critic you're itching to share? Or that picture of your erection you're sure your young Twitter follower is dying to receive? That hastily conceived, jokey response to a tragedy you put together for your tweet stream?  That direct message you meant for the girl you beat up?  A word of advice before you give your Tweet thumb another workout: Don't. Seriously, just don't.

There are a million things Cee Lo Green could be doing with his time today. But because he chose to tweet to Atlanta music writer Andrea Swenson, after she panned his recent performance opening for Rihanna, that "I respect your criticism, but be fair! People enjoyed last night! I'm guessing you're gay? And my masculinity offended you? Well f--k you!" he is instead hard at the work of deleting and apologizing. As he told Us this week, "She was very critical of me. At the time I didn't even know what gender the person was. I was being a little outspoken that night, a little outrageous. I always expect people to assume that everything I do is part of my character and sense of humor. I assumed that whoever it was would assume it was all in good fun. It wasn't taken so well, apparently." Yes, a knee-jerk "you must be a homo" response to criticism isn't universally accepted as "good fun." Apparently.

You'd think Green would have taken a page from his fellow host on "The Voice," Blake Shelton, who just last month had to do his own two-step of contrition after tweeting "Re-writing my fav Shania Twain song ... Any man that tries Touching my behind He's gonna be a beaten, bleedin', heaving kind of guy ..." Shelton initially laughed off the outrage over his comments, insisting, his post was "meant to be from a girls point of view," but soon moved on to asking his fans to "allow me to seriously apologize for the misunderstanding."

It seems hard to believe, but plenty of high profile tweeters vet their streams through their PR handlers and ghostwriters. Yet the sheer volume of unexpurgated, high profile dumbassery that manages to make it to Twitter on a daily basis remains utterly breathtaking. What's your pleasure? Passive-aggressive disses of your ex husband? Foul mouthed, Kurt Cobain-tinged sniping? Anti-circumcision rants?  It seems every day on Twitter brings a fresh opportunity for somebody to commit career suicide.

Of course, you don't have to have to have the last name Lohan to make a 140-character spectacle of yourself. But perhaps those of us in the cheap seats of life can learn from the ill-advised rantings of the Cee Lo Greens of the world. Just because you have an opinion and a smartphone doesn't mean you always need to share.