The NFL and "The View" take on gay marriage 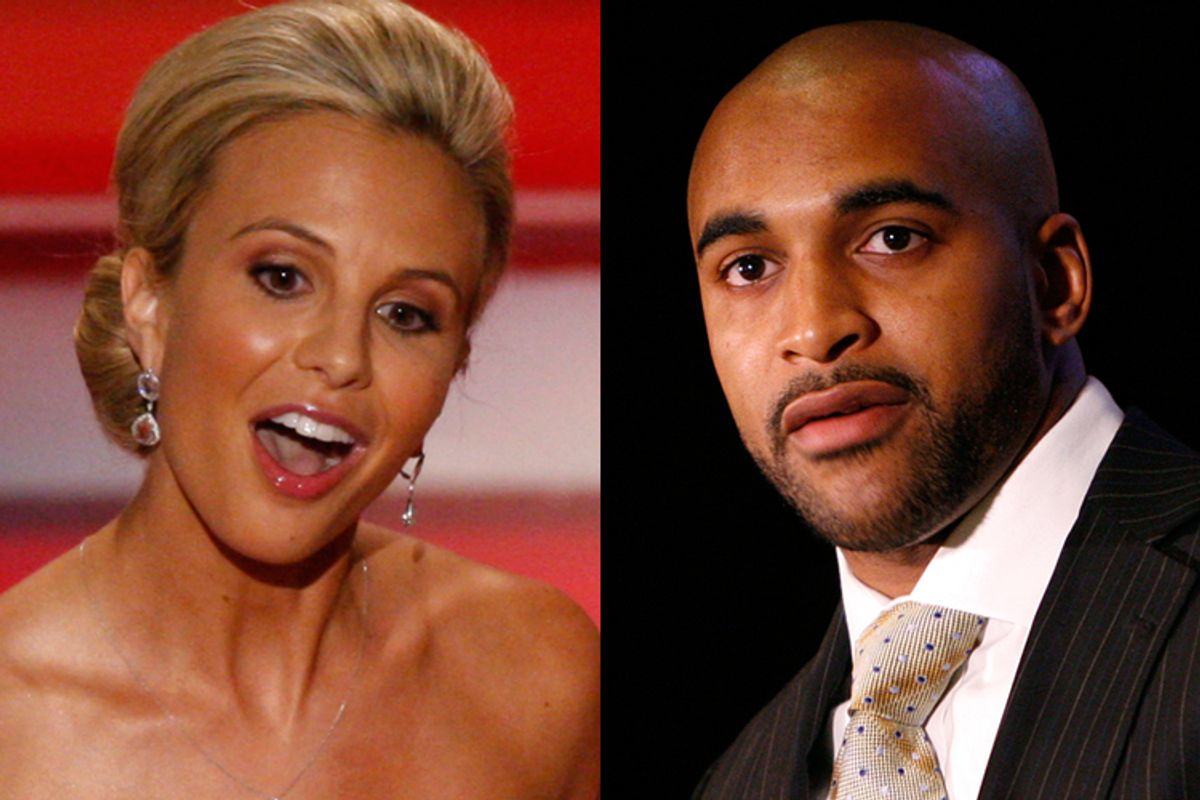 Oprah may have left the building, but thank God we still have "The View" to keep us hip deep in hugs, rampant bouts of waterworks and controversial subject matter. As the showdown over same-sex unions comes down to the wire in New York, leave it to daytime's coterie of loose cannons to voice their controversial opinions. You wouldn't expect the show's token conservative -- and the wife of former NFL quarterback Tim Hasselbeck -- to be neutral on the subject, or on former New York Giants receiver David Tyree's campaign for the National Organization for Marriage. What's surprising is how complicated and contradictory Elisabeth Hasselbeck's own views are, proving that even the most die-hard of Sarah Palin supporters can open their minds.

On Tuesday's episode of "The View" the ladies took on Tyree's strongly worded recent plug for NOM, and his assertion that "If they pass this gay marriage bill ... this will be the beginning of our country sliding toward ... anarchy ... If you redefine [marriage] ... it changes the perception of what is good, what is right, and what is just..." He has also declared that gay marriage "says that you don't need a mother or father … You can't teach something you don't have. Two men will never be able to show a woman how to be a woman."

Hasselbeck, who said she'd had a "long conversation" with her husband's former teammate Tuesday morning, told her co-hosts, "I know his heart. He said he has no hate. He loves everyone. He believes everyone is created by God and should be loved as such. He doesn't have bigotry. He truly is just a man who is not a part-time guy following God. He's 100 percent committed to God."

Tyree, who says that "an influential minority" is out to "reshape something that was not founded in our country," may indeed be a full-time God guy. And far be it from me to point out how fortunate we are to have moved constitutionally away from some of the notions this country was founded on -- like the idea that human beings could be bought and sold, that individuals of different races should be forbidden to marry, or that women shouldn't be allowed to participate in the democratic process. And I don't suppose it matters to him that plenty of heterosexual couples can't or don't raise children, yet are free to enjoy all the legal and social benefits of marriage. What I will point out, however, is that God himself -- not his speechwriter Leviticus, who also had plenty to say about the purchasing of slaves -- sure seems to keep making gay people all over the place.

After the show -- and the prompt firestorm of criticism that ensued -- Hasselbeck, of all unlikely people, took to Twitter to assert, "Fact: 2day i didn't give my personal opinion on gay marriage. We discussed the right 2 have opinion. Fact: I support 'gay marriage'." (Fact: Just because she supports it doesn't mean she can't put it in scare quotes.) You can be pro-God and pro-equality. You can even be Elisabeth Hasselbeck and be pro-same-sex marriage. And the dumbest of all reasons to avoid moving forward as an enlightened society is because of the way things have always been in the past.