Slide show: We speak to the founder of Crazy 4 Cult, a gallery show that's getting love from Kevin Smith and others 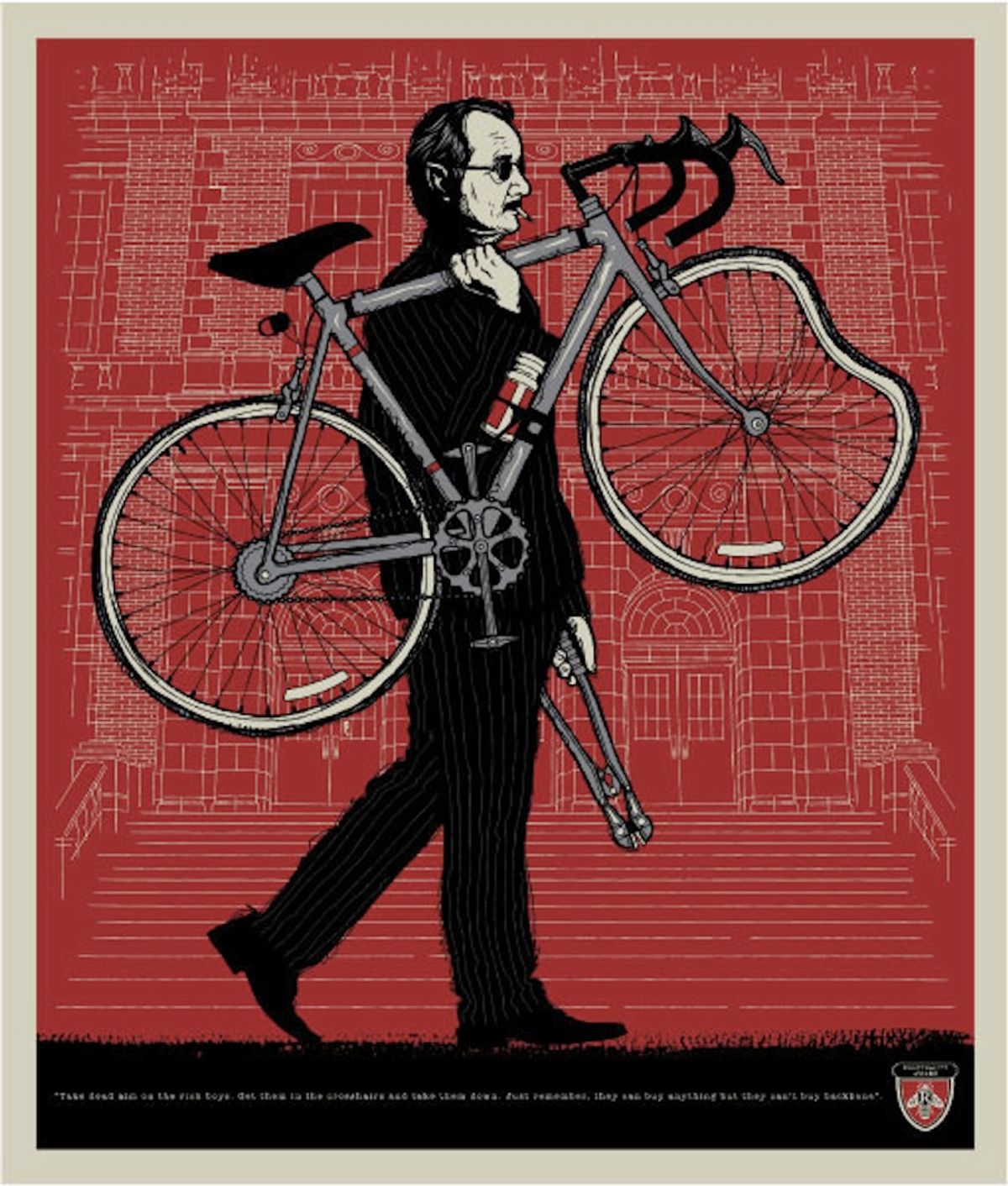 An art show for cinephiles? Six years ago, that idea was being laughed right out of L.A.'s hippest galleries. But Jensen Karp, a USC film student who had spent his time post-college doing odd creative jobs like working at Interscope Records and writing scripts for the WWE ("Every time you hear The Undertaker talk, remember it's some young Jewish kid who wrote that for him," Jensen says in a phone conversation on Monday), knew that there was a market to merge the two.

In 2006, Jensen's Gallery 1988  held its first exhibit showcasing artists' renditions of famous movie stills, and called it Crazy 4 Cult.  The show was presided over by Kevin Smith, who had heard about it from his producing friend Scott Mosier, who had worked with him on "Clerks" and "Mallrats." Now in its fifth year, Crazy 4 Cult is the premiere movie fanboy mashup show. Just don't call it "fan art."

"Fan art is what people on the Internet do, and it's not usually that good," Karp laughs, "What Crazy 4 Cult has is amazing talent, picking from a list of movies (so they don't get the 'Scissorhands Effect,' where everyone chooses to do a Tim Burton film) and making art that speaks to them."

From "Donnie Darko" to the "Eraserhead" to "Welcome to the Dollhouse," (with the occasional Jay and Silent Bob thrown in for good measure), "Crazy 4 Cult" showcases the work from over half a decade of art based on unconventional films. And it's not only the movie's fans who visit the shows to peruse and buy the art. Frequent visitors include Tarantino, Jason Reitman, Edgar Wright, Simon Pegg, Richard Kelly, Seth Rogen, Jonah Hill, Samuel L. Jackson and various other cult movie superstars.

"Do you find that directors and actors want to buy work based on themselves?" I ask Jenson.

"Oh, definitely. They love to see how artists interpret their work." After all, what could be a bigger compliment than to see an homage to your movie

Gallery 1988 also does artistic promotions: They did the marketing for Season 6 of "Lost," which I make Jensen promise to send me a print of. Currently, the gallery is hosting a show based on artist's renditions of "Wet Hot American Summer,"  with the opening show's guests including David Wain, Michael Showalter, and Joe Lo Truglio.

"It's my favorite film," Jensen admits of the summer camp comedy, "and the fact that the art is so affordable, some of the prints start at $10, means that there is something for everybody."