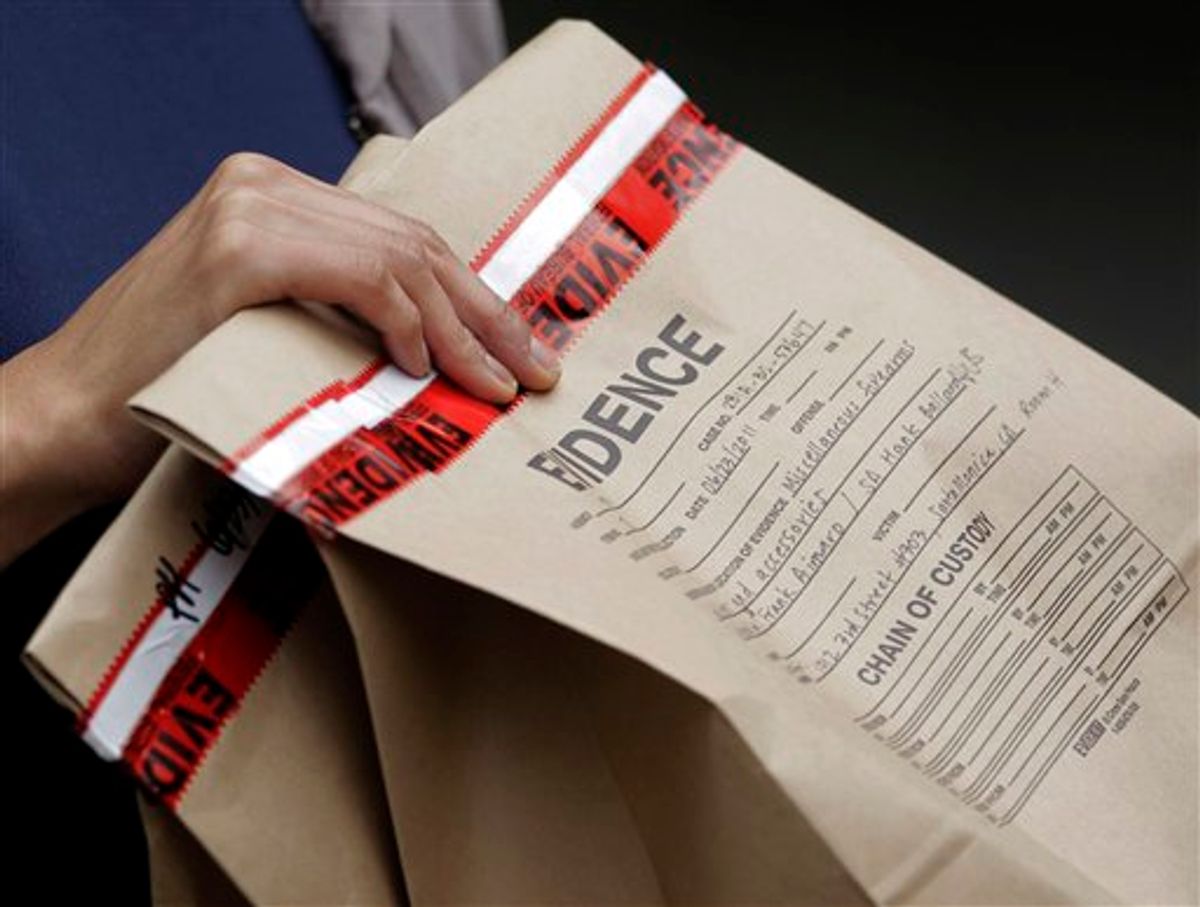 An FBI agent holds an evidence bag outside an apartment complex where fugitive crime boss James "Whitey" Bulger and his longtime companion Catherine Greig were arrested in Santa Monica, Calif., Thursday, June 23, 2011. The Boston mob boss was captured near Los Angeles after 16 years on the run that embarrassed the FBI and exposed the bureau's corrupt relationship with its underworld informants. (AP Photo/Jae C. Hong) (AP)
--

FBI agents have hauled ammunition and bags labeled as containing weapons out of the Santa Monica, Calif., apartment building where Boston mob boss James "Whitey" Bulger was captured after 16 years on the run.

Numerous other pieces of evidence in paper bags were also carried out and placed in a law enforcement truck.

Agents arrested the 81-year-old Bulger and longtime girlfriend Catherine Greig late Wednesday after receiving a tip and setting up surveillance.

Bulger had a $2 million reward on his head and rose to No. 1 on the FBI's Ten Most Wanted list after Osama bin Laden was killed.