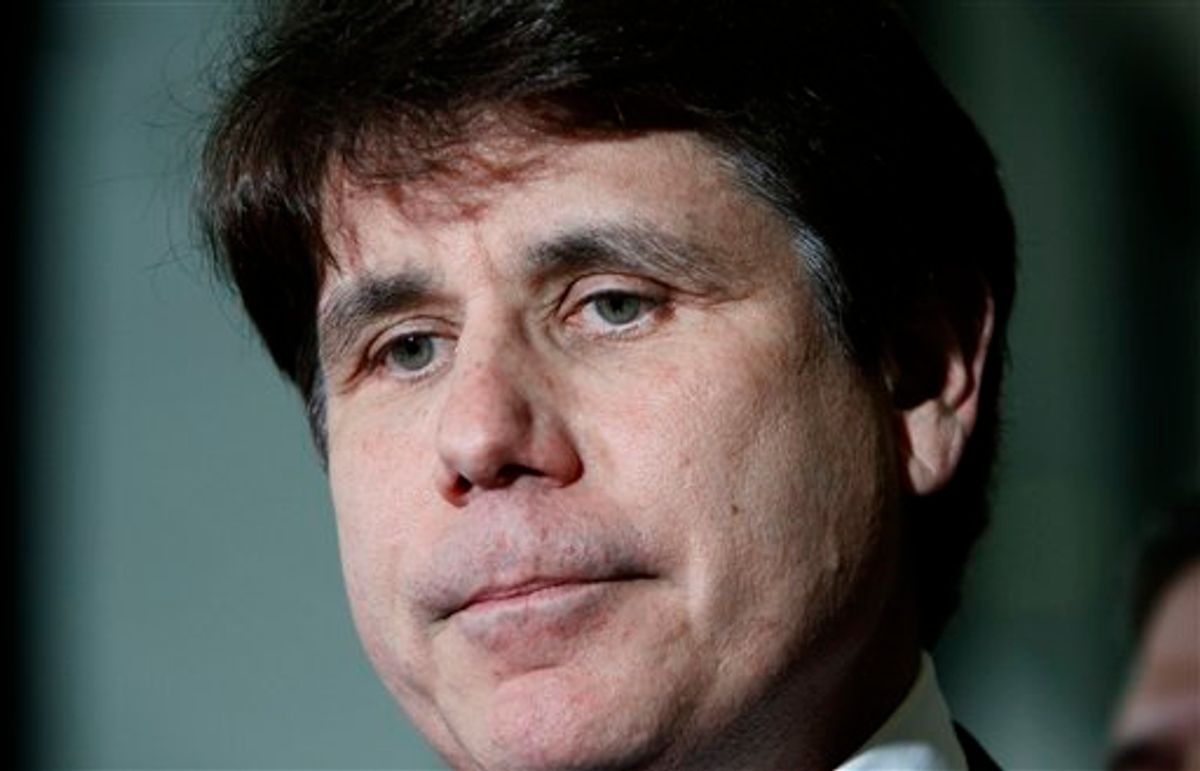 FILE - In this June 9, 2011 file photo, former Illinois Gov. Rod Blagojevich pauses as he talks with reporters at the Federal Court building after the judge handed the case to the jury in his corruption trial in Chicago. Jurors deliberating in Blagojevich's corruption trial told a judge on Monday, June 27, 2011, that they have reached a verdict on 18 of the 20 counts against him, and attorneys in the case have agreed that the verdict should be read. (AP Photo/Charles Rex Arbogast, File) (AP)
--

A jury has convicted Rod Blagojevich of trying to sell or trade President Barack Obama's old Senate seat and other corruption charges.

Blagojevich had faced 20 charges, including that he sought to sell or trade an appointment to President Barack Obama's vacated Senate seat and schemed to shake down executives for campaign donations.

Blagojevich testified for seven days, denying wrongdoing. Prosecutors said he lied and the proof was on FBI wiretaps. Those included a widely parodied clip in which Blagojevich calls the Senate opportunity "f------ golden."

Jurors in his first trial deadlocked on all but one charge, convicting Blagojevich of lying to the FBI. Prosecutors opted to try him again.

Blagojevich already faces up to five years for the lying conviction.