The strange case of Courtney Love and Etsy.com 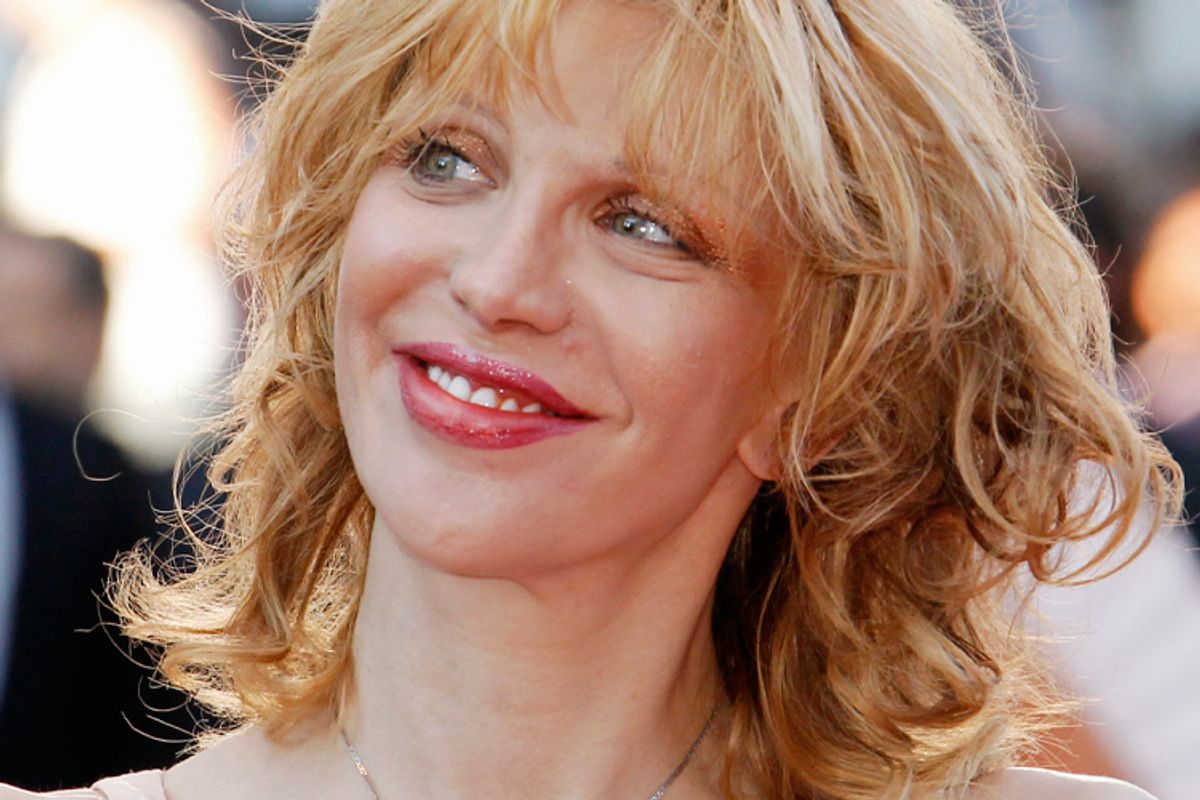 Courtney Love, back on Etsy...or has she never left?
--

A fun little piece of Internet news going around this week: Courtney Love is on Etsy.com! Someone found her profile and now the singer's love of knives and dolls is getting the blog-snark treatment.  To be fair, Love (who goes by cherryforeverreturns) does have a ... fanciful "About Me" section: just like to come here, my checks are on a wierd sahcedule so bear with, per paypal plus my paypal account has had wierd stuff happen eg salaries and theft, so im very persnickity about it, but if i really like it youll get paid , my cpa hates the word"etsy: " but theres vendors on here i adore nd i al;ways discover new inspiring stuff.

Well, that doesn't inspire a lot of confidence in a seller, does it? Nor should it: Courtney was already sued by Etsy user Dawn Simorangkir, an Austin, Texas, resident who runs a fashion line called Boudoir Queen. In 2009, Dawn sued Courtney after the singer went on a smear campaign, attacking the designer on Twitter, MySpace and the Etsy forums. The lawsuit filed by Simorangkir claimed that Love went into a rage when she was sent a $4K bill for a dress designed for her by the Boudoir label. Among other choice phrases Courtney employed in her Internet rant, "nasty lying hosebag thief," and "cocaine dealer, thief, embezzler, racist and a homophobe," were enough to warrant a libel suit. Of course, there was a ton more that Courtney said, but as you might expect, it's pretty incoherent. From a MySpace post in 2009:

my aassnt cals me cos etsy vendors have called her cryong fpr usingthe owrd “flapper” sje says its everyday and i dont like a BULLY and noone else in the fashion industry does either shes a geniunly nasty person so i dont kow what makinh her “fakous ” willactuaLLY DO FOR HER AT SOME POINT SHELL HAVE TO SHOW SHER FACT AND THAT BLACK CLPUD OF VAMPITIC ENERGY THAT IS AROUND PEOPLE WHO SOLD DRUGS OR WERE MOLESTED OR its that grey and biyts of black in the aura, im toomuch of aa apussy about people withthis enercy nd the thing i have GIT to learnis this UNLESS THY A HAVE SOME INSANELY BRILLIANT INFRASTRUCTURE AND THEY DONT EVER SOEAK EVER. those people NEVER MAKE IT IN THEREAL WORLD EVER>

ive beeen assured from etsy she’ll be removed and banished but its not enough , we had a dal i gave her a VAST amount of money

Now, it would be one thing if Courtney's recently discovered profile had been on Etsy since before the lawsuit (there's no news of her ever being specifically banned from the site), but her account says she's only been a member since 2010. The case was only settled out of court in February of this year (which is probably why Courtney says her cpa "hates the word 'etsy:").

But I wonder: Has anyone verified the account to make sure it's not a fake? And if it is Courtney, why hasn't Etsy taken down her profile? She has clearly violated the site's terms of service, which states that a user can be terminated or suspended for actions including:

Be(ing) defamatory, trade libelous, unlawfully threatening, unlawfully harassing, impersonate or intimidate any person (including Etsy staff or other users), or falsely state or otherwise misrepresent your affiliation with any person, through for example, the use of similar email address, nicknames, or creation of false account(s) or any other method or device

Real or fake, that account needs to be taken down by Etsy mods ASAP.