Pick of the week: A natural-born Romanian killer 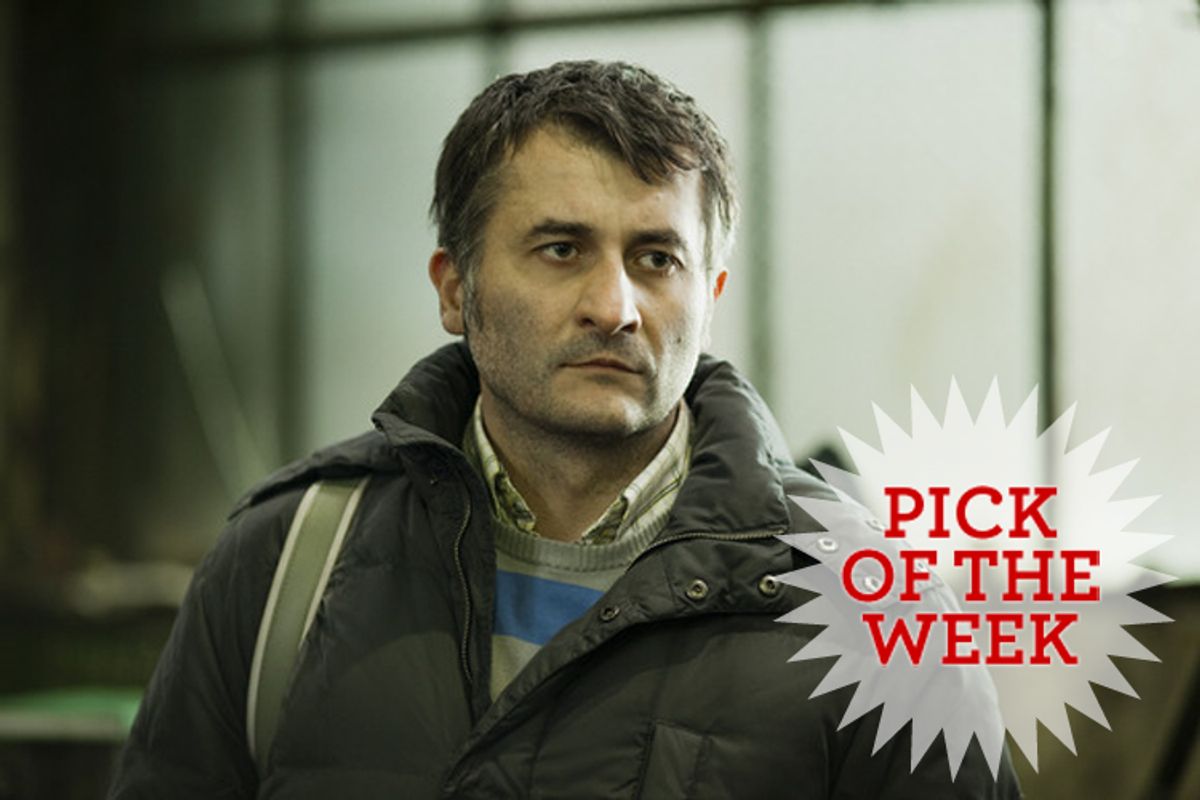 It's tough to say where Romanian director Cristi Puiu's dark and mesmerizing new film "Aurora" ranks on the "cultural vegetables" scale. On one hand, it's a bone-dry existential comedy, or perhaps a reverse-engineered murder mystery, that runs almost three hours and is far more concerned with capturing the rhythms and rituals of everyday life than with delivering a plot. On the other hand, "Aurora" tells an inherently dramatic story about the moment when an ordinary guy snaps the tether, goes out and buys a gun, and proceeds to wreak bloody vengeance on the world. This is something like "Falling Down," that Joel Schumacher movie with Michael Douglas, as remade by Andrei Tarkovsky or Chantal Akerman.

In the first sentence above, I'm referring to a recent kerfuffle among film critics that began with a New York Times Magazine article by Dan Kois and continued with responses by Times critics Manohla Dargis and A.O. Scott and numerous others (including yours truly). This included various allegations of crimes against art and totalitarian groupthink, along with unhelpful discussion of the meaning of the word "boring." Thankfully, the schism that was conjured up between intolerable art-house snobs and lightweight slaves of Hollywood is mostly imaginary. Hardly anyone who cares about cinema only likes one kind of movie, or judges every movie by the same standard. Right now, I'm suggesting that you should catch "Aurora" (with the parenthesis that it's not going to be everybody's cup of bitter Romanian coffee), and I'd say almost the same thing, with slightly more apologetic eye-rolling, about "Transformers: Dark of the Moon."

Still, that debate provided an interesting background for "Aurora," which I found to be a gritty, atmospheric and nerve-wracking work that powerfully evokes the disordered mental condition and depressed surroundings of its middle-aged protagonist (played by Puiu himself). I totally get that the idea of watching a three-hour film in Romanian is daunting, but once I adjusted to Puiu's rhythms I was fully engaged. That said, if you go in expecting a conventional mode of narrative and explication, where every scene advances us further into the plot in some specific way, and you understand who all the people are and how they relate to each other, then this movie will frustrate you and drive you completely freakin' nuts.

As in the film that made Puiu's international reputation, "The Death of Mr. Lazarescu," the narrative of "Aurora" is turned upside-down, or maybe inside out. The earlier movie tells us what's going to happen in the title, and then we don't, in fact, witness the death of Dante Lazarescu, only the entirely ordinary day full of quarreling neighbors and distracted nurses and mechanical malfunctions that's going to be the last one of his life. Instead of the intense subjectivity of most movies, where the hero's trials and tribulations become the focus of heightened and artificial drama, Puiu pulls back to a more objective view, reminding us that momentous events in the real world don't come with a pulsing soundtrack or a temporary suspension of the universal tendency toward entropy.

Puiu's character in "Aurora," who we eventually learn is named Viorel, may be having a worse day than Mr. Lazarescu, if that's possible. A taciturn and nearly affectless fellow of 40 or so, he skulks through the streets of Bucharest, by car and by bus and on foot, with a haunted look in his eyes. Viorel appears to be a family man, at least in the deceptively calm opening scene, but things have evidently gone wrong somehow (and trust me, it's not worth trying to figure it out). He appears to be following a blond woman (not his wife) with small children, although we don't know who they are; he has fragmentary conversations we can't hear or can't understand; he acquires a shotgun and some ammunition and spends some time considering suicide before deciding on, shall we say, a more extroverted path. But the startling eruptions of violence in "Aurora" are momentary, and occur either outside the frame or deep in the middle distance. They emerge from a life full of other things: Even as Viorel is noticeably sliding into insanity, he haggles with movers, stands in line at the deli, collects some ironed shirts from his mother, has a testy exchange with his stepfather and a cordial one with a neighbor over water damage accidentally caused by an enthusiastic kid in the bathtub.

Puiu's films belong to a recognizable tradition of Eastern European social comedy, and depict post-Communist Romania as a place where everybody feels aggrieved at everybody else and where nothing can ever happen without a great deal of pointless argument and defensive grumpery. In a way, that's the joke of the film, that even a guy going on a killing spree has to navigate the tremendous hassle of Romanian society, and that nobody much cares. I don't think Puiu is blaming Romania's depressed and contentious national mood for Viorel's crimes, exactly; Americans are all too aware that this sort of thing can happen anywhere. Mordant, anti-psychological and masterfully shot (by Viorel Sergovici), "Aurora" is both a mystery and a mysterious accomplishment. It may demand multiple viewings, both to understand a bit more about what's going on and also, if you get me, to figure out what the hell is going on.

"Aurora" is now playing at the IFC Center in New York, and will open Aug. 27 at the Harvard Film Archive in Cambridge, Mass., with other cities and dates (and home-video release) to follow.