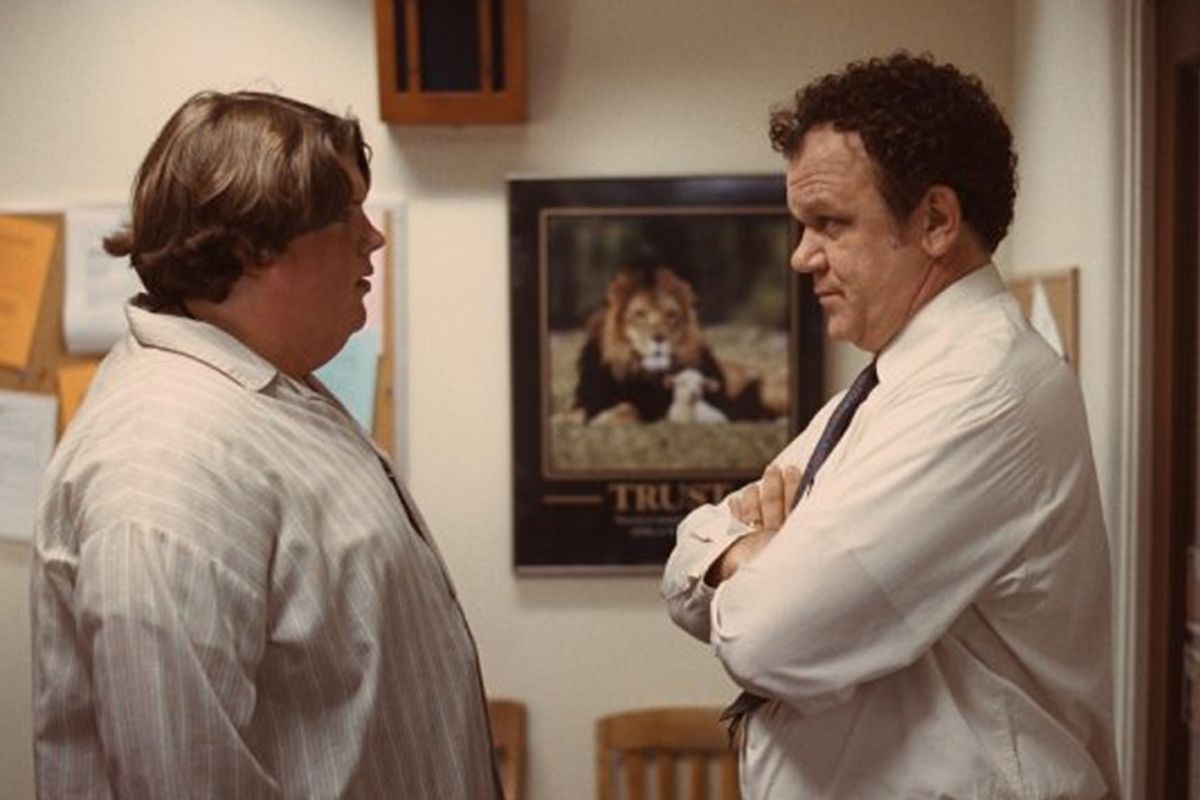 "Terri," a quiet but intense low-budget indie about the horrors of high school from youngish American director Azazel Jacobs ("Momma's Man"), may seem too close to too many other things to get widely noticed, but is very much its own invention. With teen actor Jacob Wysocki as the eponymous protagonist, an alienated but almost angelic kid who embraces his overweight loser status by wearing pajamas to school, "Terri" is both winning and strange, sympathetic and genuinely scary. It's something like a slowed-down remake of John Hughes' "The Breakfast Club," with the musical interludes and glossy production values strained out, and a script rework by Samuel Beckett.

With John C. Reilly as the avuncular, goofball vice principal who tries to take Terri under his wing, and a gaggle of suburban misfits around them who include the Goth kid with psychiatric issues (Bridger Zadina) and the sexually precocious "bad girl" (Olivia Crocicchia), "Terri" could easily have become a series of indie-film clichés. Instead, Jacobs and screenwriter Patrick Dewitt offer a distinctively odd blend of whimsy, wonder and tragedy, and a story that honors the suffering of kids like Terri while promising that, to coin a phrase, it gets better.

Terri lives with his genial, tranked-out Uncle James (Creed Bratton) in a domestic arrangement that is never explained, somewhere on the semi-rural outer fringes of Los Angeles. (The setting is recognizably the area around Pasadena and Altadena, although the towns are not named.) Although he drifts through the school day in his PJ's and a bubble of self-protective isolation, Terri all too often has to behave like an adult around Uncle James, hauling him back home and putting him to bed when he's taken too many pills.

Reilly's character, Mr. Fitzgerald, tries to pull his tough-love, in loco parentis act with Terri and Chad (Zadina) and a handful of other outsiders, with whom he feels an all-too-obvious kinship. Even these kids can tell that a suburban vice principal with a bad haircut, a mismatched wardrobe and a crumbling marriage isn't the most impressive example of adult coolness. Still, Terri uses his pull with Mr. Fitzgerald to intervene on behalf of Heather (Crocicchia), heretofore one of the prettiest and most popular girls in school, who's about to be expelled for letting a young gentleman known as Dirty Jack finger her in the home-ec classroom.

This sets up an otherwise implausible friendship between Terri and Heather, who is suddenly just as unpopular as he is. Terri knows better than to believe Heather would be interested in him that way, but on the other hand nobody else will talk to her, and by her own admission she thrives on attention. So we arrive at a tense and dangerous late-night party involving those two and Chad, along with a bottle of stolen whiskey and Uncle James' cabinet of prescription medicine. But "Terri" is just as much about the the laconic and affectionate comedy with which Jacobs captures his characters and the ordinary rituals of teenage existence: Hanging out watching nothing in particular on afternoon TV, passing notes in class when you're supposed to be paying attention, awkwardly pretending to be cool when you have no idea who or what you are yet. Mr. Fitzgerald may not be much of a Robin Williams or Edward James Olmos role model, but he does teach important life lessons, including the fact that we all always feel like we're faking our own lives, but along the way we get a little better at it.