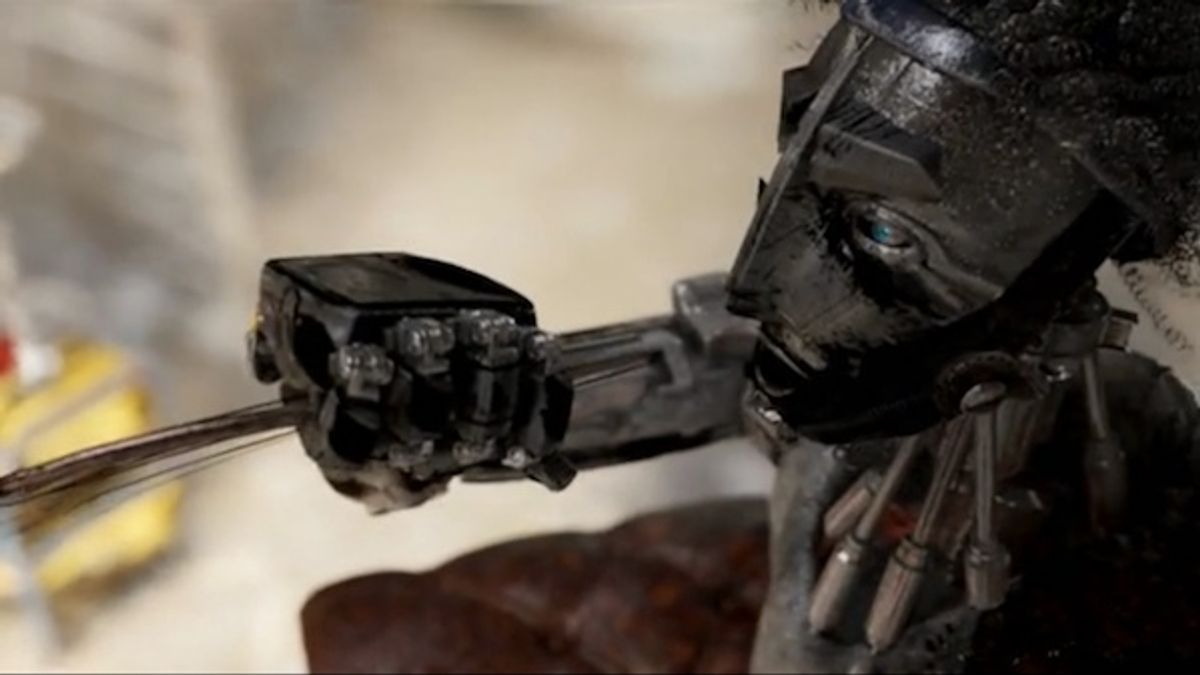 "Natural Beauty" answers that burning question once and for all, "What would you look like if you put on a year's worth of makeup all at once?"

Kibwe Tavares' short film "Robots of Brixton" imagines a world where sentient machines are given inhuman treatment by humans. An interesting memorial to the 1981 Brixton riots.

Professional eater Takeru Kobayashi technically ate more 'dogs on the Fourth than Joey (setting a world record with 69 buns and beef) , but was considered ineligible for the Coney Island event since he won't sign an exclusive contract with Major League Eating.

Well, this is almost as creepy/adorable as those talking babies.