Your guide to day one at Comic-Con

The schedule is set for the opening date of the country's largest collective geek-out. Here's what you need to know 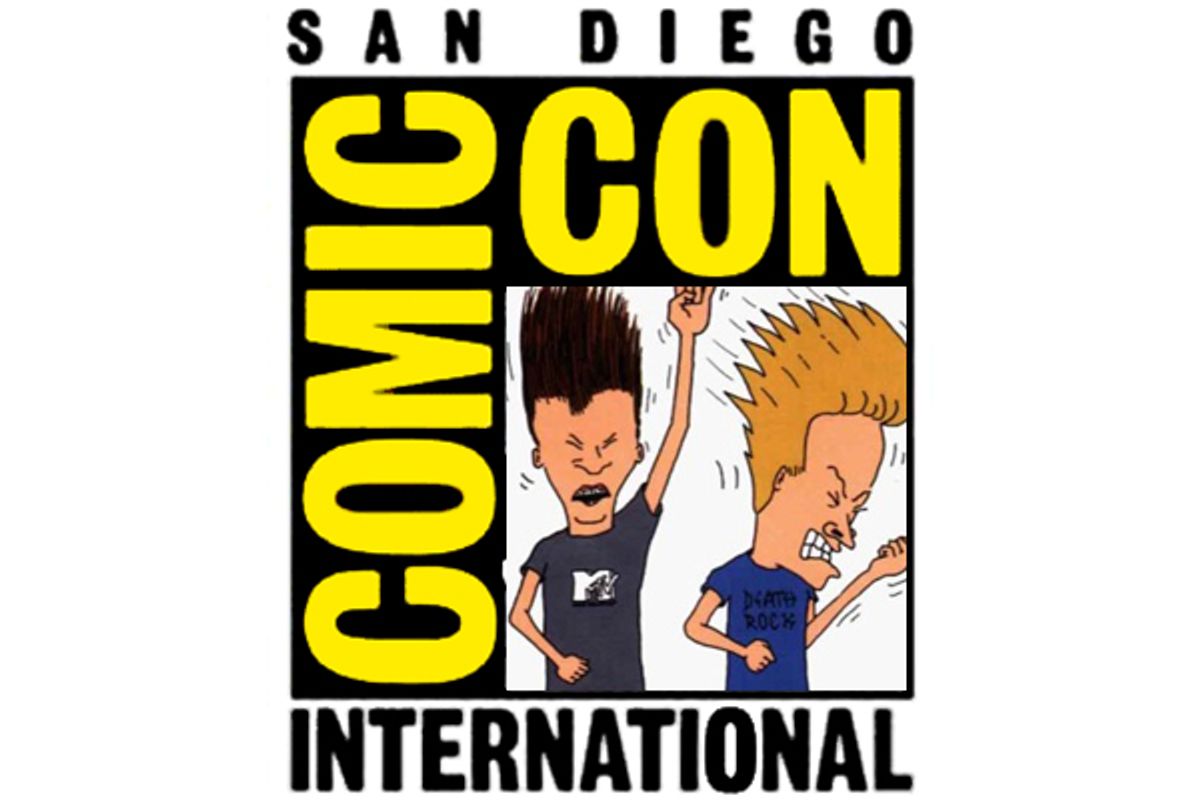 San Diego's annual Comic-Con can be a very scary place for the uninitiated. With thousands of panels, screenings and artist booths, the four-day entertainment convention is perhaps the only place in the world where you can have a panic attack while staring at six versions of "Sexy Leia."

In two weeks, nerds will descend en mass to California, and in preparation, the producers of Comic-Con have posted the schedule of events for the kickoff day on July 21. (Technically there is a preview night, but who is counting?)

If you're still feeling overwhelmed, we've prepared a brief guide of the day's must-sees, as well as what programs to avoid.

I know this is going to be the hot ticket event of the first day, but I'm not sure if it's because the show is so popular, or if fans are just going with a bag of rocks to pelt at George R.R. Martin's head. Either way, it's not to be missed. Bring your Flip cam.

Definitely avoid: "Battlestar": So Say We All

Guys: "Battlestar" is over. Time to move on. Now, someone show me the way to that Damon Lindelof/"Lost" theory panel.

Does displaying the sexiness of fangirls benefit or demean them? When geek girls show off, are they liberating themselves or pandering to men? Do some "fake fangirls" blend sex appeal with nerdiness just to appeal to the growing geek/nerd market, or is that question itself unfair? And what's up with all the slave Leias? Action flick chick Katrina Hill (ActionFlickChick.com) asks Bonnie Burton (Grrl.com), Adrianne Curry ("America's Next Top Model"), Clare Grant (Team Unicorn, "G33k & G4m3r Girls"), Kiala Kazebee (Nerdist.com), Clare Kramer ("Buffy the Vampire Slayer"), Nerdy Bird Jill Pantozzi ("Has Boobs, Reads Comics"), Jennifer K. Stuller (Ink-Stained Amazons, GeekGirlCon) and Chris Gore (G4TV's Attack of the Show!) to discuss whether fans can be sexy and geeky at the same time -- and if they should!

I'd say that you could just watch the mashup of hot chicks on late-night shows and save yourself the effort, but since these are actual nerd girls discussing gender issues and not just Mila Kunis talking about World of Warcraft, it's worth making time for.

What a clusterfuck … do the same people who want to see Jorge Garcia or Matt Smith really care about what "Chuck" or the guy from "The Big Bang Theory" have to say? I imagine this panel will be the real-life approximation of channel-surfing when you're bored.

Definitely catch: Entertainment Weekly: The Visionaries: A discussion with Jon Favreau and Guillermo del Toro on the Future of Pop Culture

EW moderates an in-depth conversation with Jon Favreau ("Cowboys & Aliens") and Guillermo del Toro ("Don't Be Afraid of the Dark"), two filmmakers at the forefront of bringing geek culture to the masses and making blockbuster art out of pulp fiction. They will discuss their inspirations, their current work, and how they strive to put a personal stamp on blockbuster entertainment. Plus: How is new technology changing the way stories are produced and viewed? And what do they think the pop culture universe will look like a decade from now? Moderated by Jeff "Doc" Jensen.

Comic-Con is one of the first places that "cool" directors will leak spoilers and info about their upcoming features, so get a front seat and turn on your tape recorder in case Guillermo del Toro lets something slip about "Pacific Rim."

This list is far from definitive. What events are you most looking forward to for Comic-Con?