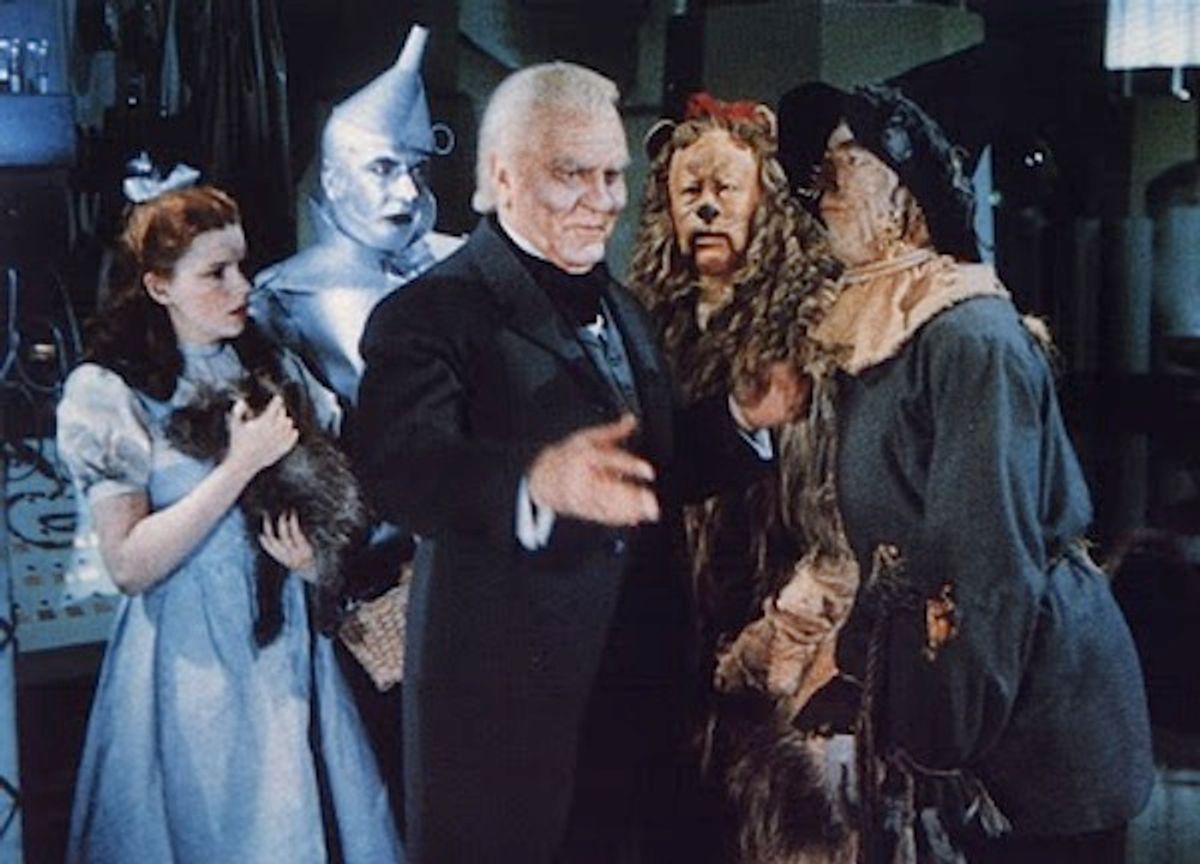 When you think about Dorothy's slippers from "The Wizard of Oz," are they silver or ruby? How about the Wicked Witch … what color is she? What kind of dog is Toto?

Your answers to these questions are probably based on the 1939 MGM (now Warner Bros.) classic, "The Wizard of Oz," and not the 1900 fairy tale "The Wonderful Wizard of Oz." And unfortunately, this could mean trouble for Sam Raimi and James Franco's new star-studded project, "Oz, the Great and Powerful," according to a new ruling set by the 8th U.S. Circuit Court of Appeals.

See, for a while now the characters in "The Wizard of Oz" have been considered public domain, which is why there are so many strange adaptations  ("Return to Oz" being the most terrifying), since no one has to pay any royalties on the story. But the circuit is now clarifying that this doesn't include the iconic imagery that was created for the Judy Garland film:

We agree with the district court’s conclusion that Dorothy, Tin Man, Cowardly Lion, and Scarecrow from "The Wizard of Oz" ... exhibit “consistent, widely identifiable traits” in the films that are sufficiently distinctive to merit character protection under the respective film copyrights ... Put more simply, there is no evidence that one would be able to visualize the distinctive details of, for example, Clark Gable’s performance before watching the movie "Gone with the Wind," even if one had read the book beforehand. At the very least, the scope of the film copyrights covers all visual depictions of the film characters at issue.

Considering all the times a version of "Oz" has been remade for stage and screen (and I'm thinking particularly of "Wicked" here, which has Elphaba's skin the same emerald hue as the witch in the Warner Bros. movie, not specified in the books), and the fact that there are several "Wizard of Oz" projects floating around Hollywood right now,  this ruling could have bigger implications outside the Raimi project.

Luckily, Oz interpreters have a little bit of wiggle room: There are at least 44 major changes in the Warner Bros. movie from the Frank Baum book, though it's doubtful any of them will be iconic to viewers as "Oz" material, precisely because the famous film omitted or altered them. (Luckily for him, Raimi's plot already sounds way different from anything we know of our beloved Wizard and his relationship to Oz.)

But even outside the Yellow Brick Road, this ruling could potentially affect any films that are based on other sources but have more famous movie predecessors. Luckily for directors like Tim Burton (who has remade both "Alice in Wonderland" and "Charlie and the Chocolate Factory), there is usually enough original material left on the cutting room floor of the influential predecessors to create entirely new imagery from.