The Joan Crawford of the kitchen talks drugs, alcohol and the ultimate danger to her children -- McDonald's 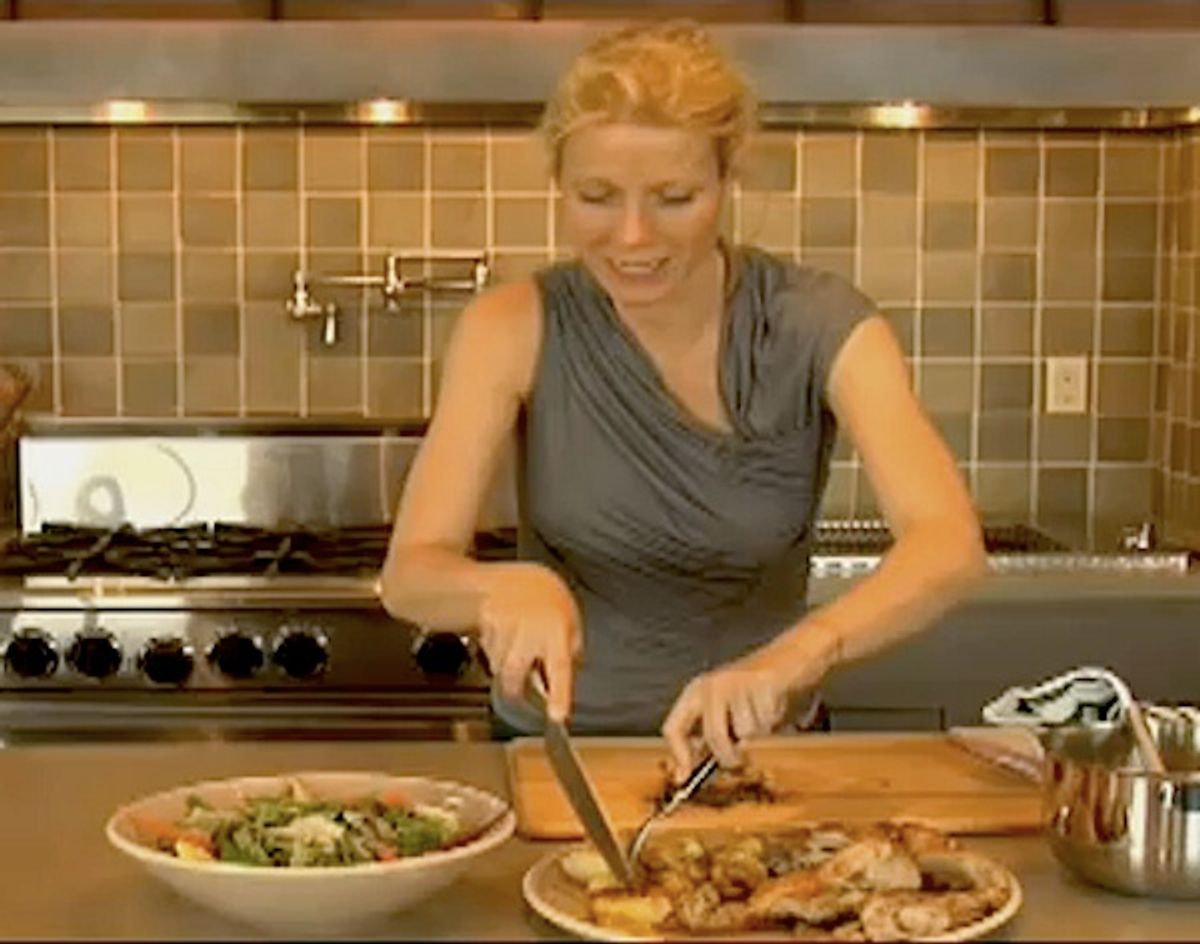 Gwyneth Paltrow doesn't even own a can opener... just a knife.
--

Everything in moderation, especially moderation. That was the truism passed down to me from my father when we would turn into the McDonald's drive-thru and order our occasional Big Macs and Happy Meals. And despite what macrobiotic mommy dearest Gwyneth Paltrow might think, I somehow grew up without any Mc'Deformities.

During a conversation with former BBC host Jonathan Ross for the iTunes Festival earlier this week, Gwyneth confessed that she never let her kids pass through the Golden Arches, something that shouldn't come as a surprise to anyone who hears the self-confessed "foodie" talk about her healthy culinary home.

Although hey, maybe it's not as healthy living as she'd like America to believe. "I’d rather smoke crack than eat cheese from a can," said the mother of two, before admitting that she "drinks constantly" while cooking. While it's probably equally difficult to find canned Kraft and cocaine rocks anywhere in a 40-mile radius of the Paltrow-Martin estate, I can't help but worry a little bit for young Moses and Apple. Undoubtedly she was being more facetious than factual, but what kind of example is mom setting when she talks about the evil of trans fats while guzzling Romane Conti straight from the bottle every time she puts on an apron?