Who says jocks have to be homophobic? Out celebrates its straight MVPs 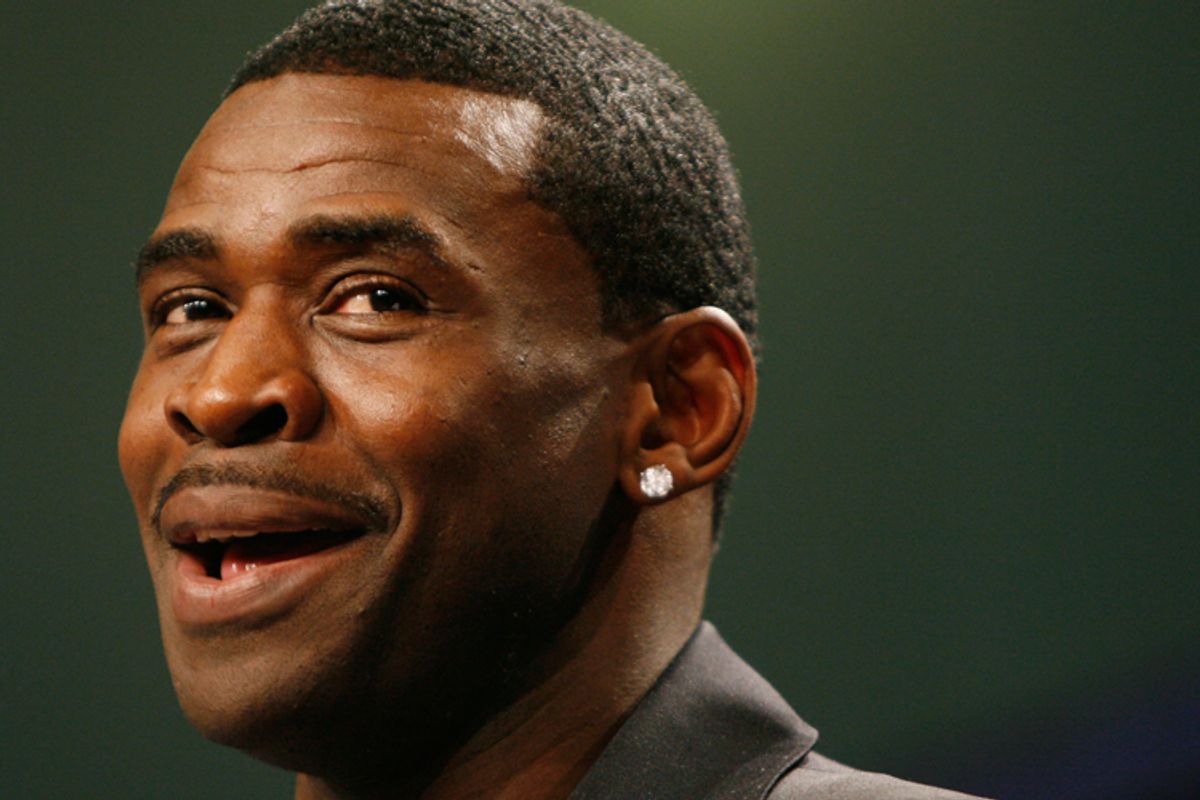 It seems like just the other day we were lamenting the rampant homophobia in professional sports and the way several high-profile athletes have of late been tossing around gay slurs. Oh right, that's because it was just the other day.  How encouraging then to see that Out magazine has devoted its August issue to "a small band of straight sports stars who have stood up for fairness and tolerance." Behold the good guys.

There's Out's cover star, NFL legend Michael Irvin, who talks about his past issues regarding his late gay brother, but who now boldly says, "When a guy steps up and says, 'This is who I am,' I guarantee you I'll give him 100 percent support" and "No one should be telling you who you should love, no one should be telling you who you should be spending the rest of your life with." There's English rugby player Ben Cohen, who's retiring from the sport to launch the anti-bullying, anti-homophobia organization StandUp. There's wrestler Hudson Taylor, who started Athlete Ally to promote tolerance in high school and college sports. There's soccer player Mike Chabala, who's stumped for the NOH8 campaign and who says, "The treatment of gay people isn’t a liberal or conservative issue; it’s a human rights issue." And there's Nick Youngquest, an Australian rugby player whose friendship with a gay teammate made him realize, "I've learned about the rights issues and the disrespect gay people face … The more I’ve learned, the more I’d like to help in any way."

It's a fantastic, inspiring and important piece, a breath of much needed fresh air in a summer of stale epithet hurling – and frankly, it's incredibly easy on the eyes. All of Out's subjects are stellar examples of guys who get it that who you love has no bearing on how you perform on the field. And they're ample proof that tolerance is as manly as all get out.