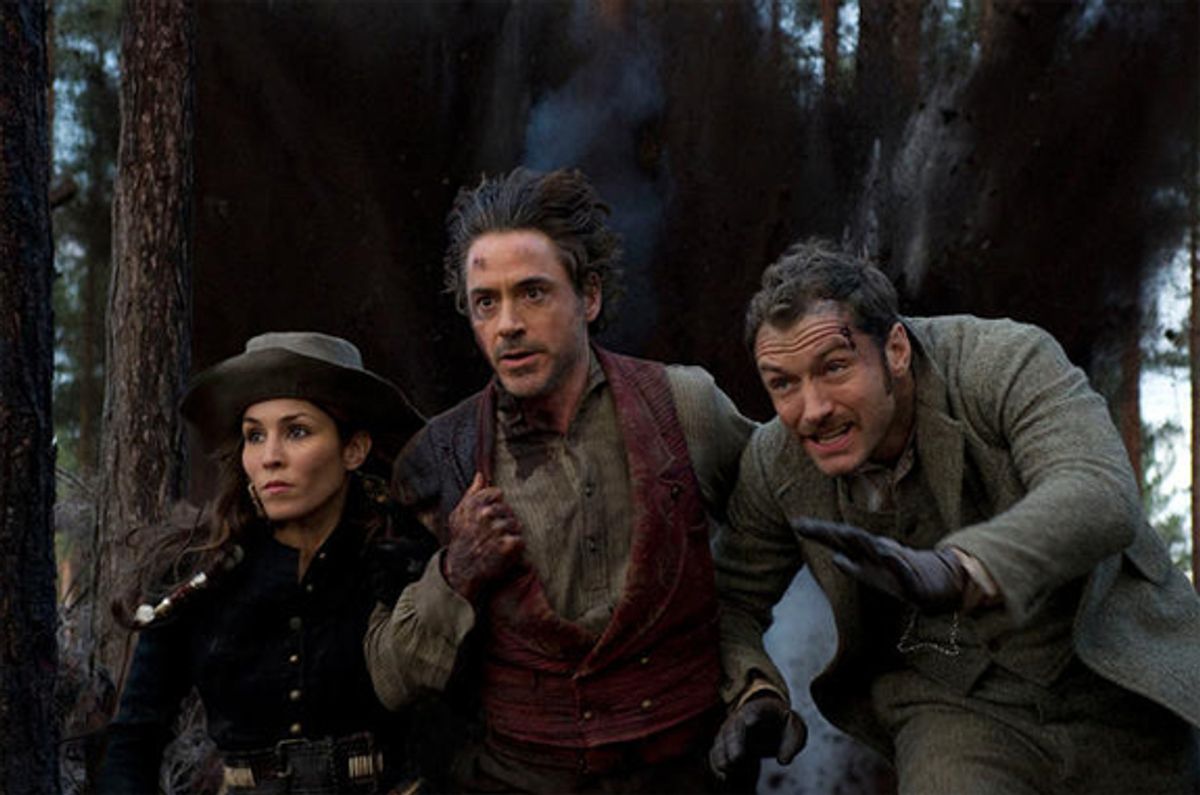 Sherlock Holmes, on the run in "A Game of Shadows."
--

1. Tom Green was planking before planking was cool

Though the sheer fact that Tom Green started the planking thing would be further evidence of its not being cool, right?

2. Planking to the oldies

Though if Richard Simmons is participating, it actually makes the whole thing seem way more legit.


4. Trailer for "Sherlock Holmes: A Game of Shadows"

Professor Moriarty is going to be played by Lane Pryce (Jared Harris) from "Mad Men"? I don't know how Holmes would stack up against Don Draper, but that's a fight I would pay to see.

For all his protests against the "Jersey Shore" cast member, Anderson sure gets a lot of leverage off her fame. Like last night, when he read out loud portions of her novel, "A Shore Thing." Which came out in January? Timely!