Remaking "The Evil Dead": A conversation

With an unknown director at the helm and Diablo Cody doing the rewrites, there's no way this could go well, right? 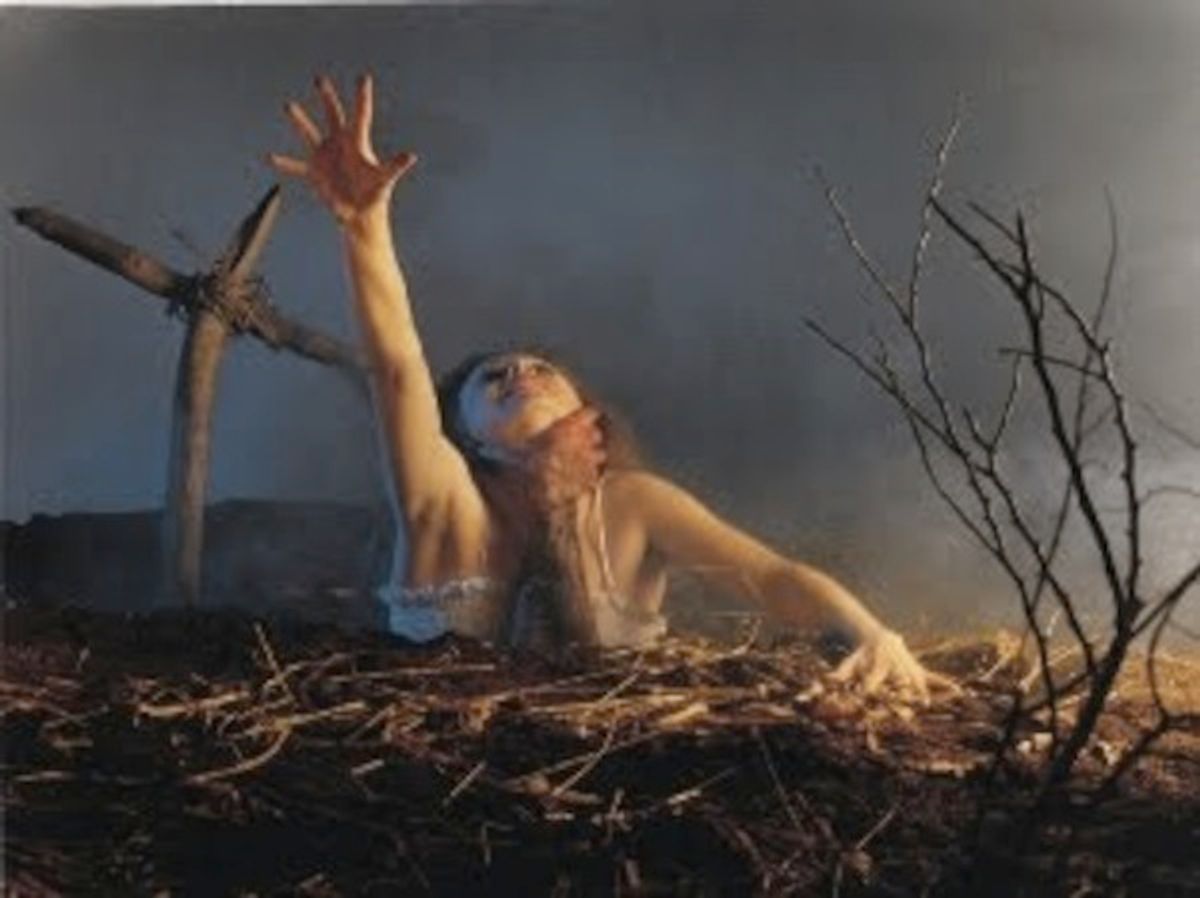 So this is happening:

Sam Raimi and original producing partners Rob Tapert and Bruce Campbell (who also starred in the original franchise) are gearing up to remake their cult sensation THE EVIL DEAD through their long standing Ghost House Pictures partnership. Raimi and Tapert were such instant fans of Fede Alvarez’s short film "Panic Attack" that they set up a blind deal with the filmmaker and through that process have attached Fede Alvarez to write and direct the film. Alvarez wrote the script with Rodo Sayagues. Academy Award® winning screenwriter Diablo Cody is currently doing revisions on the draft.

The three producing partners commented, "We are committed to making this movie and are inspired by the enduring popularity and enthusiasm for the 'Evil Dead' series. We can't wait to scare a new generation of moviegoers using filmmaking techniques that were not available to us thirty years ago as well as Fede bringing a fresh eye to the film’s original elements."

Yikes? Or possibly yay? I think we can all agree that the phrase "blind deal" when it comes to remaking a cult classic is never a good sign (especially with a first-time feature director), but considering the low-budget appeal of "The Evil Dead," maybe a reworking with some fresh blood wouldn't be the worst thing in the world? My sister and I discussed it over breakfast this morning.

Drew: If I remember correctly, "The Evil Dead" wasn't that amazing. It was kind of shlocky and campy.

Hannah: Exactly. So why remake them?

Hannah: If she's a good writer, she can go write her own original script. There's no need to have such an influx of remakes. It's sad to see that people can't come up with their own ideas.

Drew: You just have a problem with remakes in general then?

Hannah: I'm just saying, where have all the original horror films gone? Why did we need a new "Halloween" or "Nightmare on Elm Street"?

Drew: The difference is that those two films were horror movie staples. They were classics, and remaking them ... nothing could have been added to make them better. Who needed Michael Meyers' back story? "The Evil Dead" was a cult films, but not necessarily a great film. It could have used a rewrite. The first half of "Evil Dead 2" was basically just a remake of "Evil Dead" anyway. Essentially the same plot, with Bruce Campbell going into the cabin and discovering a Book of the Dead. Either he had terrible amnesia, or the sequel was a remake for people who hadn't seen the first film.

Hannah: Fine. You can argue that point.

Drew: Although, if we were going to remake every cult film that could use polishing -- "Pink Flamingos" or "Eraserhead" -- I'd be pretty pissed off too. And in terms of horror movies, I agree that getting music video directors to sexify them up is dumb. But Zac Snyder's remake of "Dawn of the Dead" was arguably ... not horrible? Maybe there is room for a decent rewrite?

Drew: But I think its silly to say this will introduce a whole new generation of fans to "The Evil Dead," because the coda to that should be "... and piss off all the people who liked the movie in the first place."

Drew: I'm just glad this deal doesn't include "Army of Darkness." Diablo wouldn't be able to make that script better.

So what do you think of the beginning of a new "Evil Dead" franchise? Love it or loathe it?