"Two and a Half Men" gets sexy 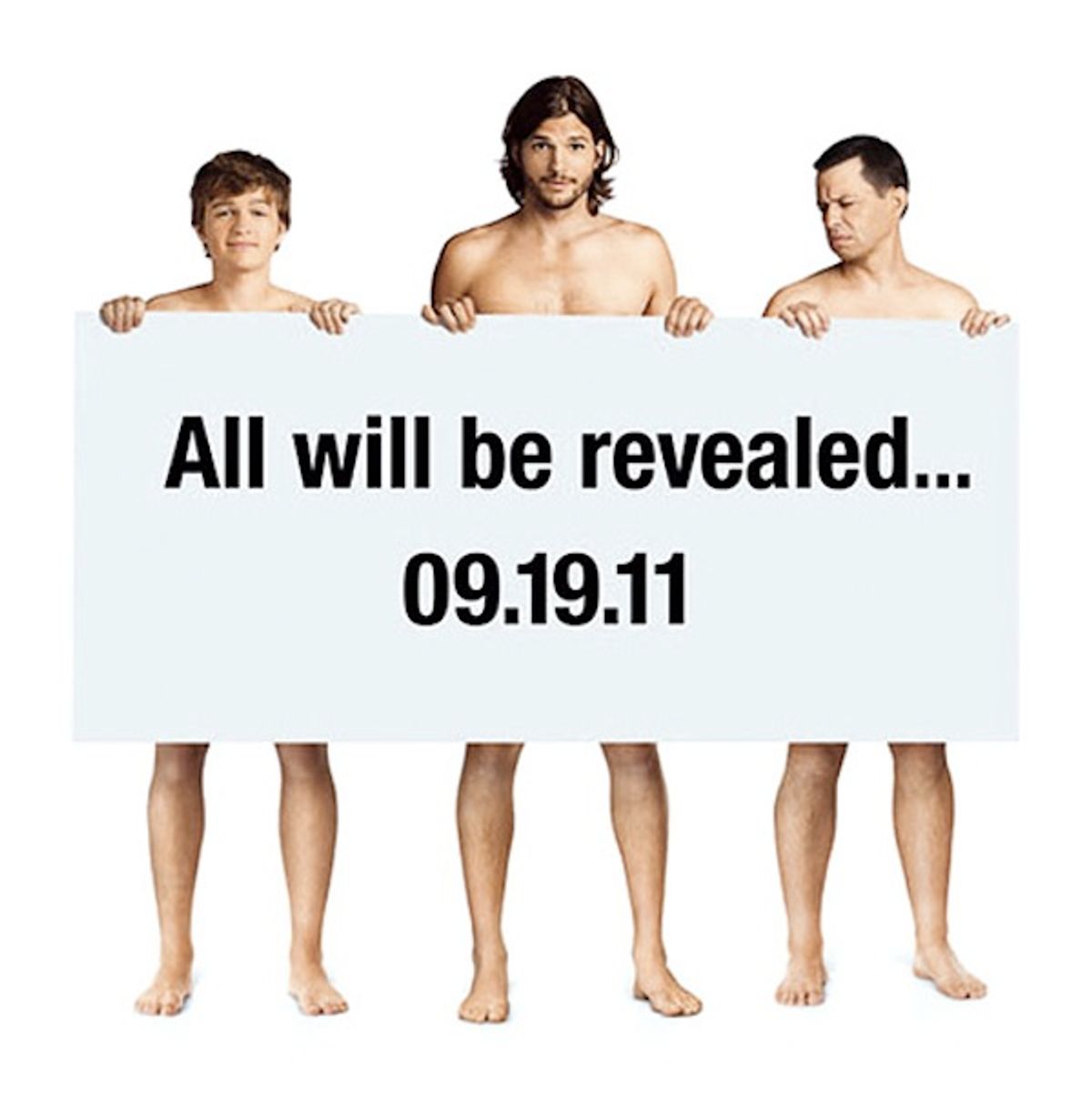 Do we really want all of Angus T. Jones revealed?
--

With Charlie Sheen booted from the show and replaced by Ashton Kutcher, CBS's "Two and a Half Men" is now gearing up for a season aimed at a new demographic ... the ladies.

In preparation for its Sept. 19 premiere, the first promotional poster has been released, showing Kutcher and costars Jon Cryer and Angus T. Jones totally naked; a sign with the date of the show's return and the phrase "All will be revealed ..." is the only thing protecting their male modesty. "This isn't your dad's 'Two and a Half Men'!" the picture may as well shout.

It's a bold move, one that highlights the sex appeal of the newest cast member, but also that of Cryer and, more important, the underage Jones. Angus is now 17 and missing a good chunk of his signature baby fat, so putting him in the new promo is sure to raise questions about the sexualization of a teen actor who started the show at age 10. It's definitely going to generate mixed reactions, and that's not a great thing for producer Chuck Lorre.

After all, "Two and a Half Men" had seemingly the perfect formula before Sheen's breakdown, and the show could have continued indefinitely without changing its recipe. But with the well-publicized fight between Sheen and parent company Warner Bros. this spring, Lorre is now in the awkward position of promoting half an act: Siegfried without Roy or the tiger. Instead of going on as if nothing is different in the "Two and a Half" household, this promo signals that the new season isn't going to pretend it's business as usual. (Word is they are going to have Sheen's character, Charlie, killed off, instead of having him go on a very long vacation.)

Will the gambit pay off? "Two and a Half Men" fans may not want an entirely different show, and highlighting this difference could possibly backfire and cause ratings to slump. On the other hand, I suddenly have an urge to watch America's favorite comedy ... preferably with the lights off and a couple of candles lit for atmosphere.