The controversial singer will act in the film adaptation of the self-help book "Act Like a Lady, Think Like a Man" 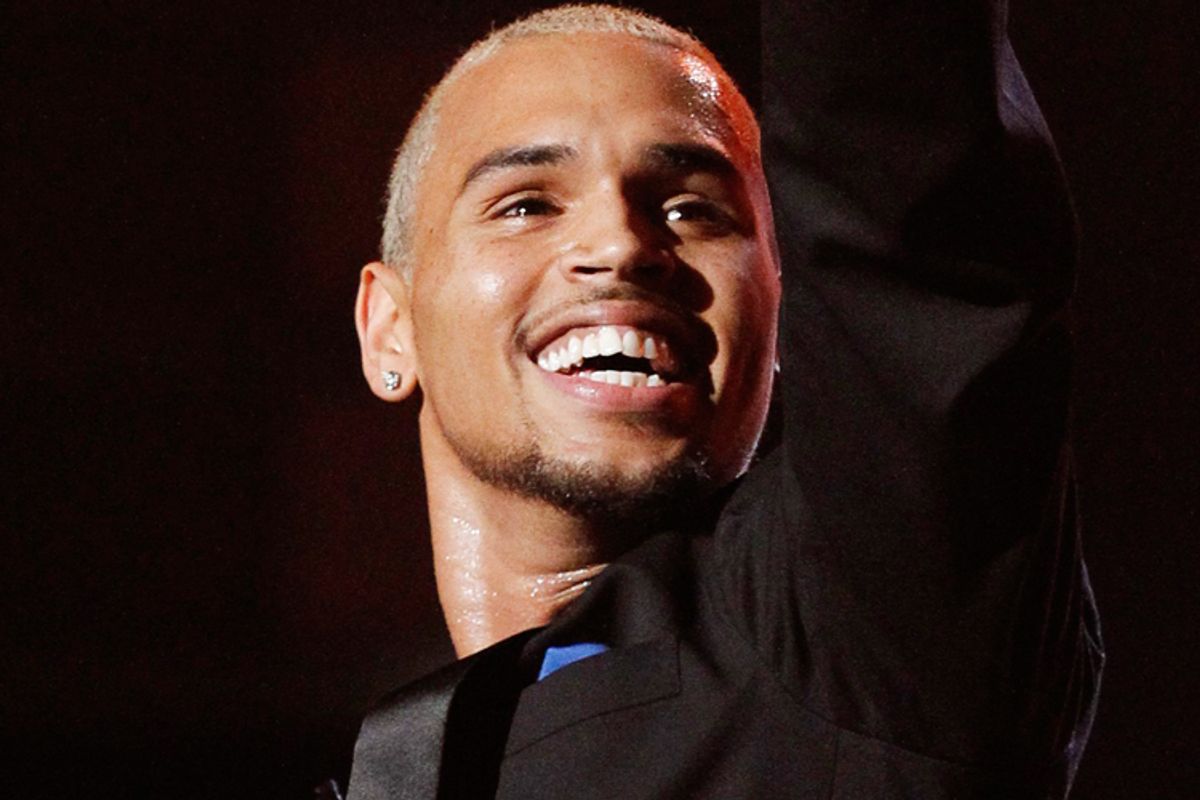 There's no doubt R&B star Chris Brown has made some questionable choices since his violent breakup from Rihanna in 2009, yet no matter what the man does, his legions of fans are there to support him.

When he stalked off the set of "Good Morning America" this spring -- punching his hand through some glass on the way out -- people blamed Robin Roberts for catching him off-guard with her line of questioning. His tearful tribute to Michael Jackson at the 2010 BET awards may have had critics questioning his sincerity, but his devotees believed his heart was in the right place. Even the artist's Twitter feud last December with rapper Raz-B, which devolved into homophobic slurs and violent words, was seen by Brown and his fans as just another case of "haters hating." It seems that in Chris' mind -- and those of his followers who helped his recent album "F.A.M.E." to the top of the charts -- he can do no wrong.

Brown's latest project, though, has me completely baffled: According to his rep, Brown will be starring in a romantic comedy adaptation of Steve Harvey's best-seller, "Act Like a Lady, Think Like a Man." Harvey's Oprah-certified advice book from 2009 takes women deep into the mind of the male psyche to help us women-folk understand that guys only want three things from them: support, loyalty and sex. (Or as Steve likes to call it, "The cookie.") The movie version follows a psychiatrist (Kevin Hart) as he attempts to untangle his patients' messy relationships.

I'm not exactly sure how this film was pitched to Chris ... maybe as an attempt for him to reform his image as a lover, not a fighter. But if I were his agent, I'd probably advise him to stay away from anything involving the words "romance" and "comedy," since his name is still bound to conjure up the opposite sentiments in many people's minds. As for those who still love Brown and will defend him to their dying breaths, they'll love him no matter what he does. It seems completely unnecessary for him to branch out into the world of acting in comedies based on self-help books ("He's Just Not That Into You," anyone?), since it's doubtful to change anyone's opinion of him as a singer or a human being.

Though perhaps he'll turn in an amazing performance, and we'll have Chris Brown cameos to look forward to during the next award-season cycle.