The transformation of Anwar al-Awlaki

In 2001, the Washington Post and Pentagon presented the preacher as the face of moderation. What happened? 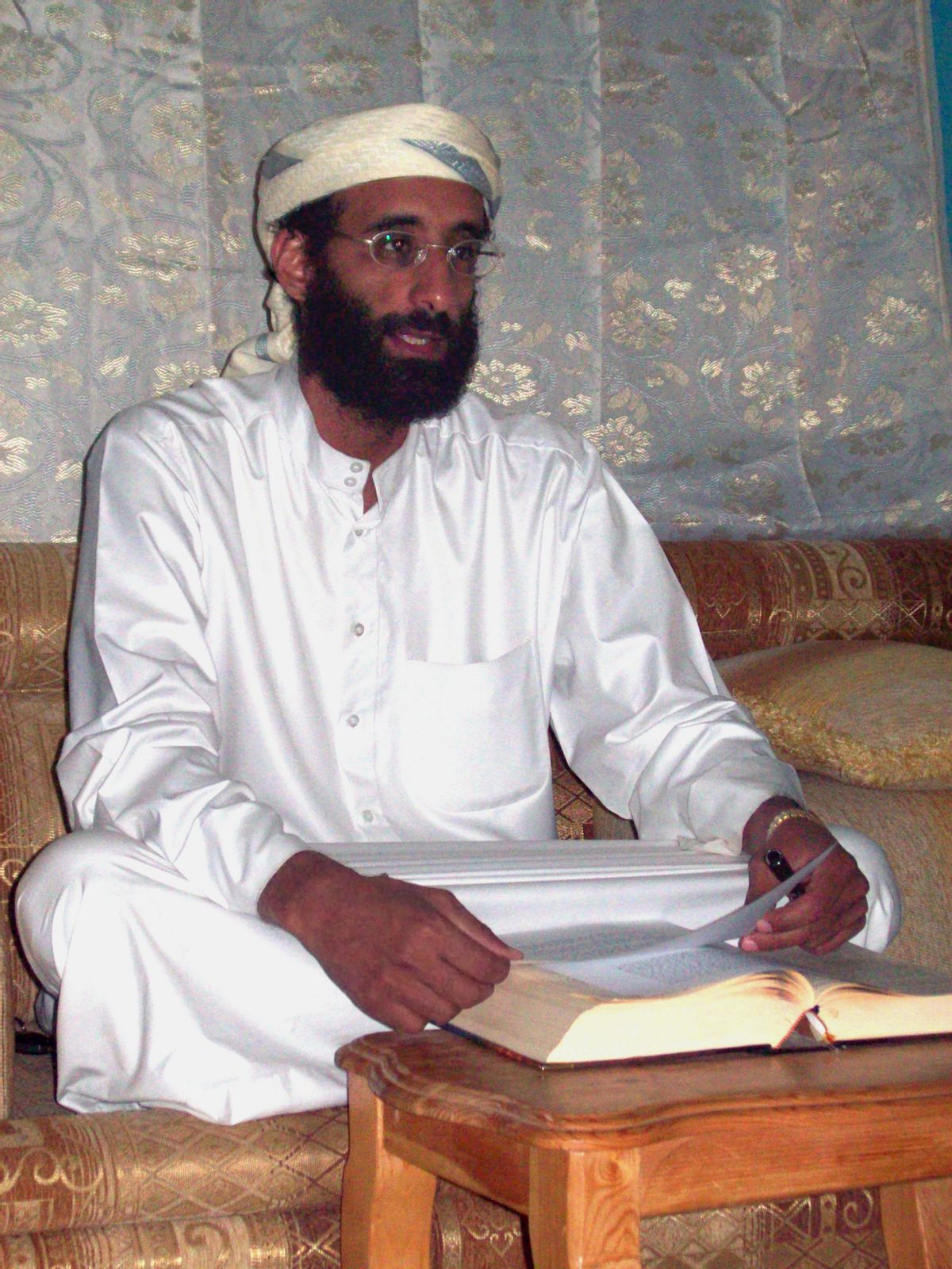 The Washington Post today has the latest leak-based boasting about how the U.S. is on the verge of "defeating" Al Qaeda, yet -- lest you think this can allow a reduction of the National Security State and posture of Endless War on which it feeds -- the article warns that "al­-Qaeda’s offshoot in Yemen is now seen as a greater counterterrorism challenge than the organization’s traditional base" and that this new threat, as Sen. Saxby Chambliss puts it, "is nowhere near defeat."  Predictably, the Post's warnings about the danger from Yemen feature the U.S. Government's due-process-free attempts to kill U.S. citizen Anwar al-Awlaki, widely believed to be in Yemen and now routinely (and absurdly) depicted as The New Osama bin Laden.

The Post says Awlaki is "known for his fiery sermons" (undoubtedly the prime -- and blatantly unconstitutional -- motive for his being targeted for killing).  But what is so bizarre about Awlaki's now being cast in this role is that, for years, he was deemed by the very same U.S. Government to be the face of moderate Islam.  Indeed, shortly after 9/11, the Pentagon invited Awlaki to a "luncheon [] meant to ease tensions with Muslim-Americans." But even more striking was something I accidentally found today while searching for something else.  In November, 2001, the very same Washington Post hosted one of those benign, non-controversial online chats about religion that it likes to organize; this one was intended to discuss "the meaning of Ramadan". It was hosted by none other than . . . "Imam Anwar Al-Awlaki."

More extraordinary than the fact that the Post hosted The New Osama bin Laden in such a banal role a mere ten years ago was what Imam Awlaki said during the Q-and-A exchange with readers.  He repudiated the 9/11 attackers.  He denounced the Taliban for putting women in burqas, explaining that the practice has no precedent in Islam and that "education is mandatory on every Muslim male and female."  He chatted about the "inter-faith services held in our mosque and around the greater DC area and in all over the country" and proclaimed: "We definitely need more mutual understanding." While explaining his opposition to the war in Afghanistan, he proudly invoked what he thought (mistakenly, as it turns out) was his right of free speech as an American:  "Even though this is a dissenting view nowadays[,] as an American I do have the right to have a contrary opinion."  And he announced that "the greatest sin in Islam after associating other gods besides Allah is killing an innocent soul."

Does that sound like the New Osama bin Laden to you?  One could call him the opposite of bin Laden.  And yet, a mere nine years later, there was Awlaki, in an Al Jazeera interview, pronouncing his opinion that Umar Farouk Abdulmutallab's attempt to blow up a civilian jet over Detroit was justified (while saying "it would have been better if the plane was a military one or if it was a US military target"), and urging "revenge for all Muslims across the globe" against the U.S.  What changed over the last decade that caused such a profound transformation in Awlaki? Does that question even need to be asked?  Awlaki unwittingly provided the answer ten years ago when explaining his opposition to the war in Afghanistan in his 2001 Post chat:

Also our government could have dealt with the terrorist attacks as a crime against America rather than a war against America. So the guilty would be tried and only them would be punished rather than bombing an already destroyed country. I do not restrict myself to US media. I check out Aljazeerah and European media such as the BBC. I am seeing something that you are not seeing because of the one-sidedness of the US media. I see the carnage of Afghanistan. I see the innocent civilian deaths. That is why my opinion is different.

Keep in mind that I have no sympathy for whoever committed the crimes of Sep 11th. But that doesn't mean that I would approve the killing of my Muslim brothers and sisters in Afghanistan.

And in his Al Jazeera interview nine years later, he explained why he now endorses violence against Americans, especially American military targets:

I support what Umar Farouk has done after I have been seeing my brothers being killed in Palestine for more than 60 years, and others being killed in Iraq and in Afghanistan. And in my tribe too, US missiles have killed 17 women and 23 children, so do not ask me if al-Qaeda has killed or blown up a US civil jet after all this. The 300 Americans are nothing comparing to the thousands of Muslims who have been killed.

A full decade of literally constant (and still-escalating) American killing of civilians in multiple Muslim countries has radically transformed Awlaki -- and countless other Muslims -- from a voice of pro-American moderation into supporters of violence against the U.S. and, in Awlaki's case, the prime pretext for the continuation of the War on Terror.  As this blogger put it in response to my noting the 2001 Awlaki chat: "it’s interesting to think about how many other people followed that same path, that we don’t know about it."  In other words, the very U.S. policies justified in name of combating Terrorism have done more to spawn -- and continue to spawn -- anti-American Terrorism than anything bin Laden could have ever conceived.  The transformation of Awlaki, and many others like him, provides vivid insight into how that occurs.

* * * * *
It's equally instructive to note that if the Post were to give Awlaki a venue to express his opinions now -- or if the Pentagon were to invite him to a luncheon -- those institutions would likely be guilty of the felony of providing material support to Terrorism as applied by the Obama DOJ and upheld by the Supreme Court.