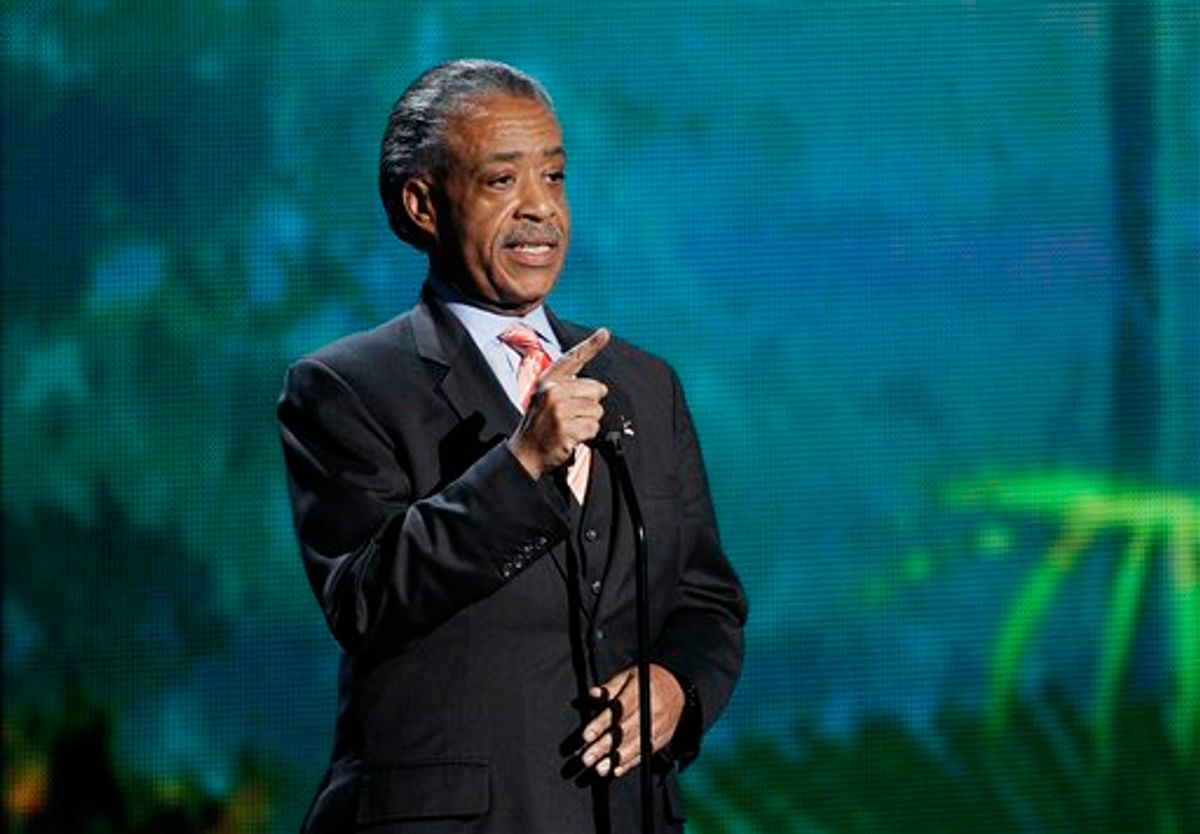 On Sunday, Cenk Uygur was interviewed by CNN's Howard Kurtz about Uygur's departure from MSNBC, and Ugyur claimed that Al Sharpton -- widely reported to be his replacement -- vowed in a 60 Minutes interview never to criticize President Obama under any circumstances.  When I first heard Ugyur make this claim, I assumed it was hyperbole -- until I watched the video and read the transcript of the Sharpton interview.  The 60 Minutes segment was aired on May 19, 2011, and chronicles what it calls Sharpton's "metamorphosis: today he's down right tame. So much so, that he has made his way into the establishment."  It includes this:

Sharpton told us that having a black president is a challenge: if he finds fault with Mr. Obama, he'd be aiding those who want to destroy him. So he has decided not to criticize the president about anything -- even about black unemployment, which is twice the national rate.

The segment also described Sharpton as "now a trusted White House adviser" and recounts that "given his loyalty and his change from confrontational to accommodating, the administration is rewarding him with access and assignments."

How can a media outlet such as MSNBC that purports to be presenting political journalism possibly employ someone as a journalist -- even an opinion journalist -- who publicly and categorically pledges never to criticize the President of the United States under any circumstances?  That would be like hiring a physician who vows never to treat any diseases, or employing an auto mechanic who pledges never to fix any cars, or retaining a pollster who swears never to make any findings about public opinion.  Holding people in political power accountable is the prime function -- the defining feature -- of a journalist, including a pundit; if you expressly and publicly vow never to do that, how can you possibly be credibly presented as being one?  And how can the political analysis of someone who takes this pledge possibly be trusted as sincerely held, let alone accurate?  Note that this vow was not from three years ago; it was from two months ago.

There is a wide spectrum of political opinion within progressive circles with regard to how much criticism President Obama warrants -- some believe he merits much and others believe he merits very little -- and it's perfectly appropriate for MSNBC to feature hosts and commentators representing all those views (and, indeed, it does do that).  But publicly swearing never to criticize the President no matter what is in an entirely different universe.  Of course, never criticizing the President was the overarching credo of Fox News during the Bush years, but that's one of the features that made it so pernicious; besides, not even Fox took a public pledge never to do so.

It's true that MSNBC has many hosts who frequently and aggressively criticize the President, but one does have to wonder what message it sends when the most critical of them is removed despite solid ratings and replaced with someone who has taken this vow, someone who is "rewarded" for his "loyalty" by the White House with "access."  I've long considered Sharpton to be a constructive political voice, especially the important views he forced into the 2004 Democratic presidential primary.  And it's perfectly fine for a political activist to decide that the best way to advance an agenda is through unbroken fealty to the White House.  But that is a bizarre attribute indeed for a featured nighttime host of a political program on an ostensibly journalistic outlet.