Why do so many people online hate "The Smurfs"?

Examining the reasons behind the big blue backlash 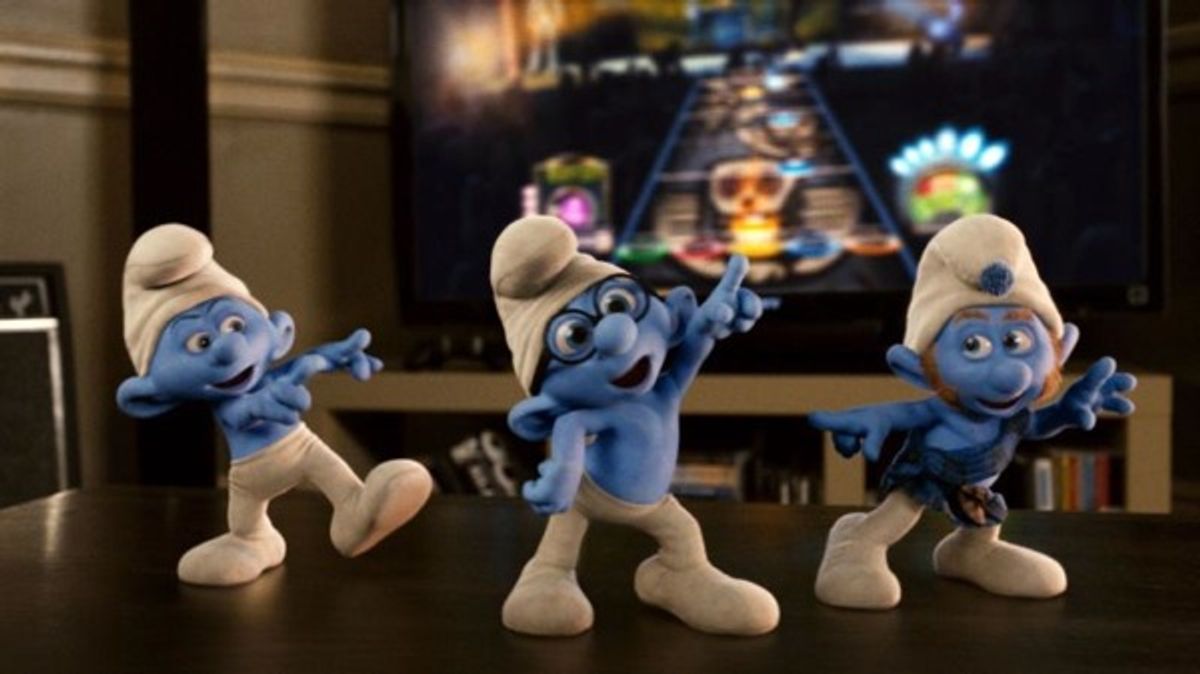 The most hated creatures on the Internet?
--

It's not easy being blue. With all the problems CGI'd Smurfs could get into in New York, dealing with the vitriol from blogs and critics is turning out to be the biggest hurdle these little guys have to face.

So what has inspired so much hatred for the movie, when similar fodder like "Marmaduke," "Alvin and the Chipmunks" and "Yogi Bear" all managed to hit the metroplex without Twitterers taking it as a personal affront? (Excluding the second "Chipmunks" film, of course. Calling something "the Squeakquel" is really just asking for mockery.)

Here are some theories on why "The Smurfs" was doomed before it even premiered.

1. Perfect opportunity for "Smurf" conspiracy theorists to come out of the woodwork: There really are people out there who truly believe the Smurfs are composed of Klan members. Or Marxists. Or Fascists. Or women-haters. (Feel free to mix and match to create the ultimate supergroup of hate.) The question isn't why is it so easy to graft a totalitarian system onto a harmless children's cartoon (after all, they are a homogeneous, single-colored community with only one female). It's "Why wasn't this an issue during 'The Smurfs' highly successful TV show run?"

The only answer that makes sense is that during the '80s, when "The Smurfs" were part of NBC's Saturday-morning cash cow, the Internet wasn't around to collect all these subversive Smurfisms. Sure, a couple of people may have written essays or books about the dangers of Smurf ideology, but without the Web to pick up on these stories and give them legs, these theories remained as far-fetched as calling the Teletubbies gay.

2. The "Trying to be cool" quotient: Pop culture references. Ironic winks to the audience. The biggest problem with this movie is the studio's belief that adding "hip" actors like Neil Patrick Harris, Hank Azaria, Fred Armisen, Paul Reubens, John Oliver, Alan Cumming and Katy Perry (to name a few) to an otherwise inoffensive-but-brainless kids' film will suddenly make it appealing to hipsters and adults. Instead, it has the opposite effect: Remember how Patton Oswalt called out David Cross for being in "Alvin and the Chipmunks"? Multiply that grudge by the number of all those people I just listed and you'll see why this movie is making everyone so bitter.

Oddly, the campaign to keep the movie's RottenTomatoes.com score at 0 percent doesn't seem to be working, in part because audiences actually seem to be enjoying the feature: 72 percent "liked" the film, according to the site, while only 19 percent of the approved critics gave it a positive review.

3. The use of the word "Smurf": Apparently "Smurf" is said 207 times in this film, in phrases like "Kiss my Smurf" and "Let's get Smurfin'." Clocking in at 102 minutes (way too long for this film), that would mean the word "Smurf" is used approximately twice a minute.

That's reason enough for me not to want to see the film. Then again, I'm an adult. Why would I pay money to see a live-action version of "The Smurfs"? It's not like they're the Muppets.