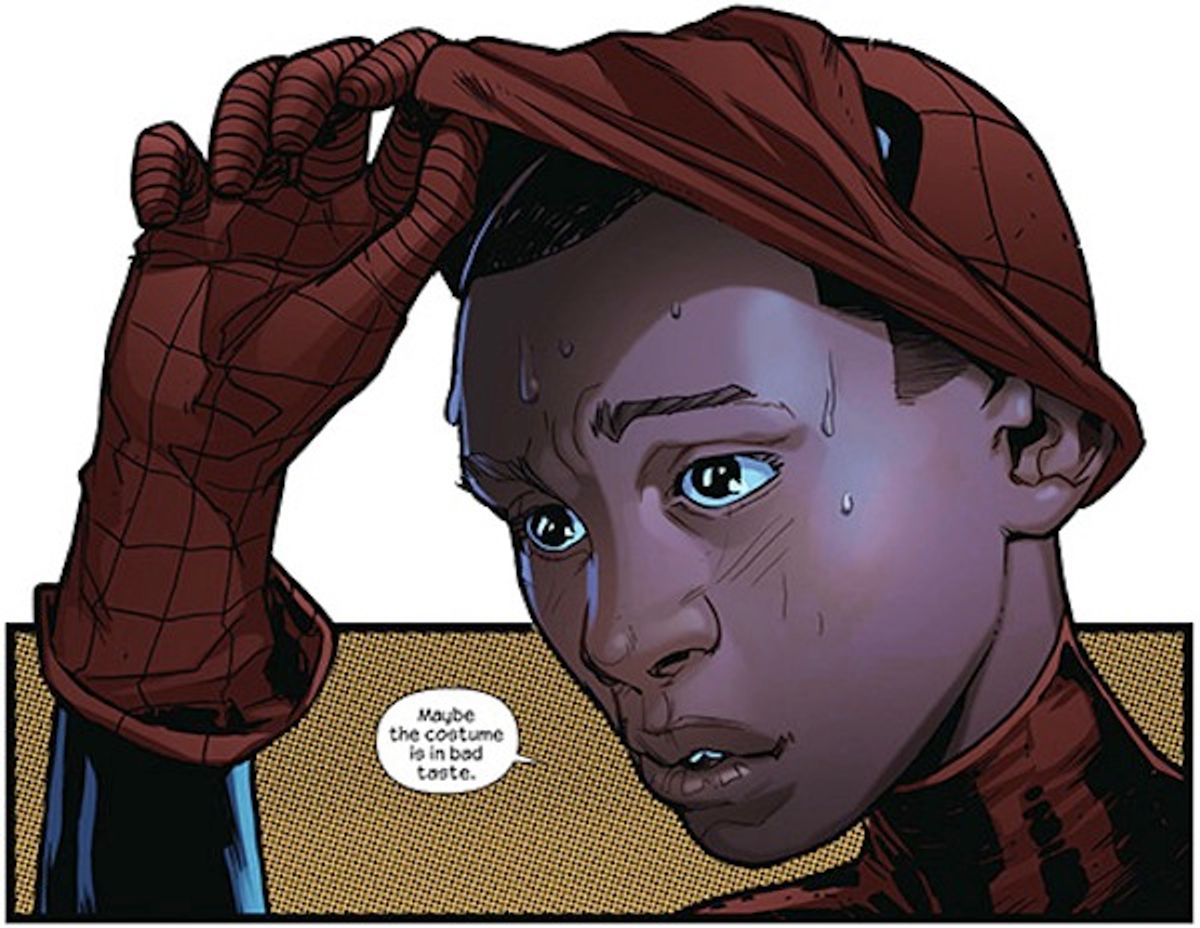 Spider-Man has a new face, and it's not Andrew Garfield's. Even though Marvel is still in the early stages of promoting "The Amazing Spider-Man," the franchise's "Ultimate Spider-Man" series will introduce a new character this week to take over Peter Parker's great powers and responsibilities.

Miles Morales is a half-black, half-Hispanic teenager. Ultimate Marvel writer Brian Michael Bendis claims he's based on Donald Glover, the "Community" actor whose viral campaign failed to net him the web-slinging role in the new movie.

Though the two actors have hugged it out, some fans have grumbled that Garfield was chosen to avoid the controversy that "Thor" attracted when it cast black actor Idris Elba in the role of Norse god Heimdall. The Council of Conservative Citizens issued a boycott of Kenneth Branagh's superhero movie, and although most people chalked it up to a ridiculous racist stunt on the Council's part, the boycott may have received enough media attention to make Marvel wary.

Then again, this wouldn't be the first time a major comic-book character had his or her ethnicity changed for a film adaptation: Halle Berry took over Catwoman in 2004, and Samuel L. Jackson successfully changed the race of S.H.I.E.L.D. general Nick Fury in "Iron Man," "Thor," "Captain America" and the upcoming "Avenger" films, as well as the Ultimate Marvel comic universe. Once a cigar-chomping white guy, Fury now looks exactly like Jackson in the comics.

Before we get too excited about Morales and Fury, however, let's remember that these two characters have only been updated in this Ultimate continuum, which reimagines preexisting superheroes in an alternate universe scenario. So Peter Parker will still be behind the mask in the mainstream "Spider-Man" series, but in the "Ultimate" universe he's died and his powers transferred to Morales.

It seems like a cop-out: Why can't Morales exist in the traditional Marvel comics? What do you think? Is the new Spidey a progressive change for Marvel, or just a way to appease some fans while still keeping with tradition?