"Green Lantern" sequel and the pain of the "super"-franchise

With DC/Warner Bros. in a race to the bottom with Marvel Studios, it's the audience that needs saving 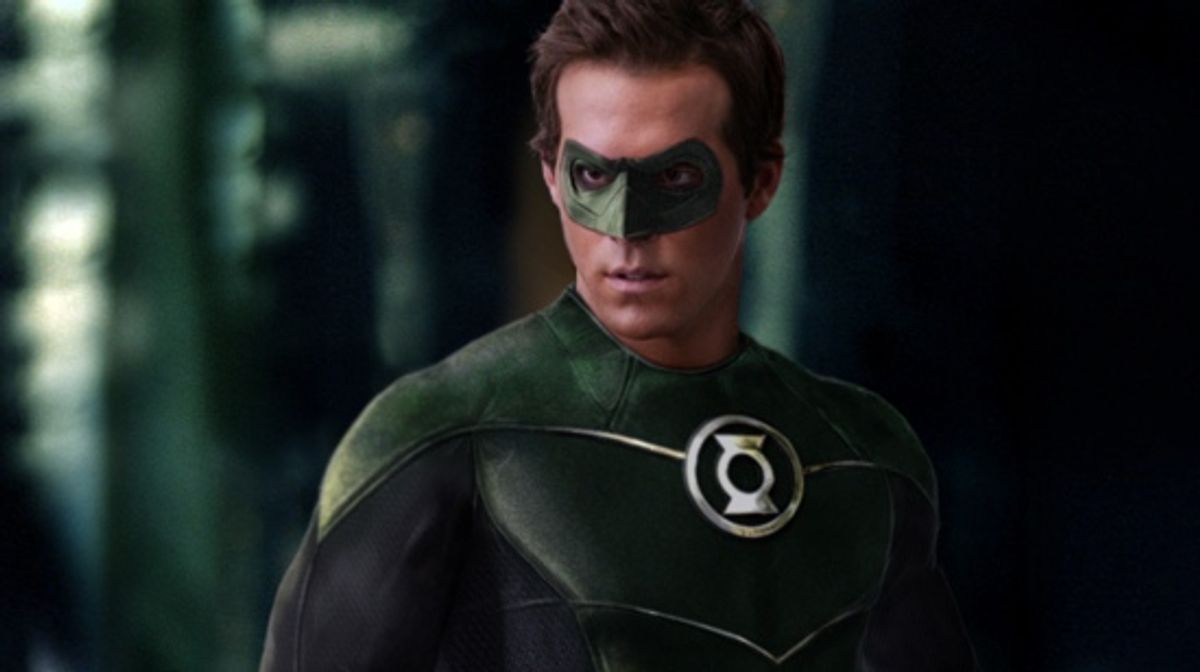 This is what happens when you put studio executives in charge of making movies: Despite being a truly middling summer blockbuster (and doing pretty terrible in the international market), Warner Bros. studios is convinced that it can squeeze some money out of a "Green Lantern" sequel.

In fact, the studio's president Jeff Robinov -- not the screenwriters, and not director Martin Campbell, who may or may not be fired anyway -- has already promised us an "edgier," "darker" movie:

"To go forward we need to make it a little edgier and darker with more emphasis on action ... And we have to find a way to balance the time the movie spends in space versus on Earth."

I somehow doubt that the Earth-space ratio is what killed this movie. Perhaps Ryan Reynolds' face just doesn't translate well in foreign countries. Or maybe part of the issue can be found by looking at the huge push by DC Comics and Warner Bros. to remind their audiences who the Green Lantern is. (As long as you put it on a Subway cup, they will come.)

I could even go out on a limb here and say that maybe everyone, barring studio heads at Warner Bros. and Marvel, is suffering from immense Superhero Fatigue Syndrome (SFS). With "Thor's" rainbow bridge starting off the summer, followed by "X-Men: First Class," "Green Lantern" and "Captain America" (not to mention the upcoming release of "The Avengers," "The Amazing Spider-Man," Christopher Nolan's "Dark Knight" and Zac Snyder's "Man of Steel"), our movie theaters are filled with more colorful bodysuits than a Blue Man Group show in Vegas. Roger Ebert noted earlier this year, "As the leadership of many studios is taken from creators and assigned to marketers, nothing is harder to get financed than an original idea, or easier than a retread."

This is not to say that some of our super-friends can't bring in an audience on their own merits, only that the genre is now flooded with too many sequels and reboots. "Green Lantern" is still in theaters, and we're already hearing about the next one. And with Warner Bros. picking up every forgotten DC Comic in an effort to match Marvel Studios and make up for the loss of its cash chow "Harry Potter" franchise, it's going to be a race to the bottom as even piddling heroes get a three-movie deal. The thing about comics after all is that they don't have to be original; in fact, bringing back a Silver Age hero can be worth its weight in gold come box office time. Warner Bros. is already talking about "The Flash" for 2014, which is odd, since so far all the studio has is a script for the man who can run really fast. No celebrity names attached, no directors ... just a script, by the same guys who wrote "The Green Lantern." Well, a script and the idea that people will turn out for any movie about a guy with superpowers.

But like Hal Jordan, (Flash alter-ego) Barry Allen isn't a name that will immediately draw in viewers. These two are no Bruce Wayne, Peter Parker or Kal-El from Krypton. One could argue that Tony Stark was one of Marvel Comics' lesser accomplishments until Robert Downey Jr. got ahold of him, but for every Iron Man there are two Ant-Men. Literally: There will be two Ant-Men characters -- Henry Pym  and Scott Lang – sharing the same super-shrinking skills for a film Edgar Wright has been intermittently working on since 2006.

So it's not as if Marvel or DC will ever run out of lesser-known characters to create a franchise around. But the "throwing the spaghetti at the wall and seeing what sticks" formula isn't working, and neither is rebooting "Spider-Man" every couple of years. Combine those two elements, and you have the "Green Lantern" problem summed up perfectly: When a hero fails to inspire awe and wonder (and dollars), why would anyone pay money to see a super sequel?