The show's creator invites fans to write their own endings. Don't choose one of these 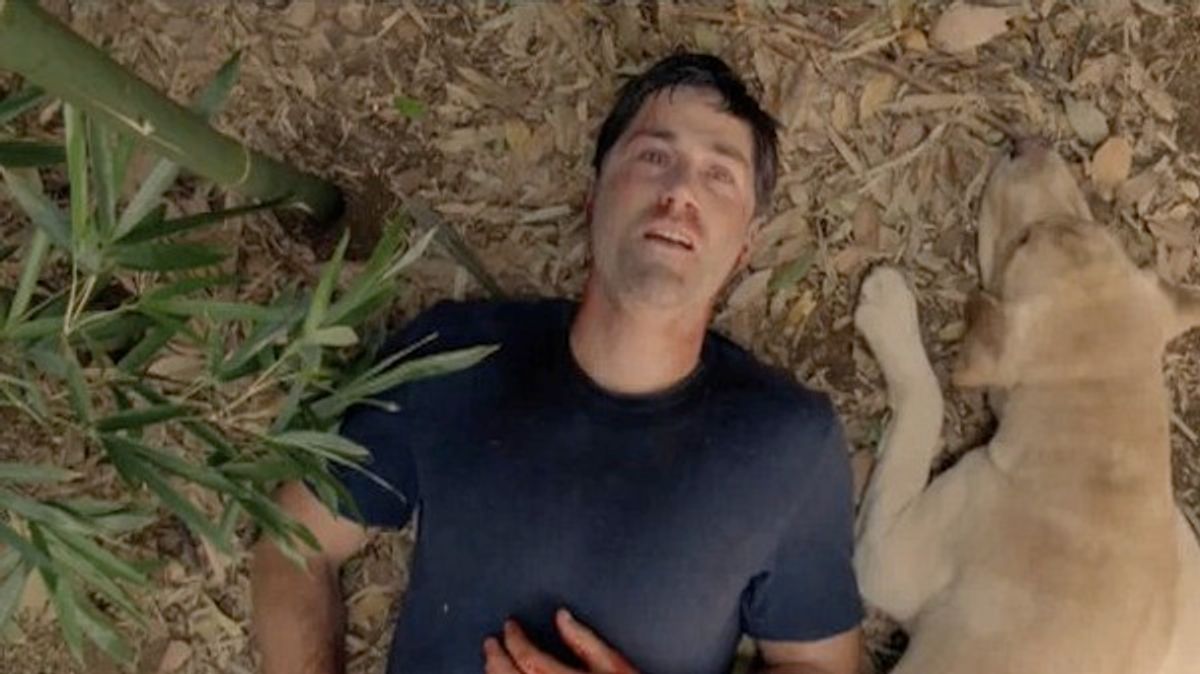 "For years, I had people praising Lost to death, and now they say: 'I'm so pissed at you for the end of 'Lost.' I think a lot of people who were upset with the ending, were just upset that it ended. And I've not yet heard the pitch of what the ending should have been. I've just heard: 'That sucked.'"

He has a point: By the last season of "Lost," there were too many loose ends to tie up in a way that would have left everybody satisfied. When it turned out that the alternate reality presented in the sixth season was purgatory (kind of), where everyone was waiting for Jack and his dad, Christian Shepherd (YIKES!), to lead them into heaven, the dogmatic community of "Lost" fans suddenly turned on their formerly favorite show. They demanded a more satisfying conclusion than the "They've been dead this whole time!" cop-out.

Where were the answers to all the mysteries? We still don't know who the original inhabitants of the island were, why Hurley's lottery numbers were bad luck or what the hell that giant foot statue was about.

It was a Catch-22: answer any of the island's puzzles, and risk taking the magic out of the series. (See: Trying to explain the polar bears, the food drop-offs and the trippy Dharma Initiative room.) Leave everything ambiguous and vague, and fans feel like they've been conned. (But not long-conned.)

I doubt that anyone could have come up with a more satisfying conclusion for "Lost" without rewriting the entire last season. But for all the outrage and disappointment, maybe we should just feel grateful that the show didn't end in one of the following clichés:

"It was all just a dream"

Taking a cue from "Dallas," Jack wakes up on Oceanic 815 as it is flying back to L.A. from Australia. He vows to never again mix Ambien with scotch. This fake-out was hinted at the end of Season 5, when we do see Jack wake up on Oceanic 815, but he's also still on the island. The rest of the season follows the two separate realities until they merge into one -- a much more satisfying conclusion than finding Patrick Duffy in the shower.

When ABC put "Twin Peaks" on hiatus in 1991, David Lynch refused to ever air the episodes he was planning. So we never found out if Audrey blew up with the bank, why Josie Packard's soul was trapped in a doorknob or if Dale's soul will ever be saved from the Black Lodge. At least "Lost" tried to explain some of its mysteries; "Twin Peaks" just gave up on them after killing off Leland Palmer. "Lost" provided some resolution, even if it was a maudlin one.

The truth is not out there

When "The X-Files" aired its final episode in 2002, it raised approximately 400 new questions for every one it tried to answer. Who was Scully's baby's daddy? Did we prevent an alien invasion, or are the government's super-soldiers proof that the Syndicate has been in league with them all along? What happened when Mulder was abducted? Why was he hallucinating during his trial for the death of Knowles Rohner? The Smoking Man, Mulder's sister, all the "big" questions of the show were addressed but never answered.

"X-Files" is probably the most comparable show to "Lost" in terms of frustrating finales, but at least fans didn't leave the island behind with the vague sense that Damon Lindelof was holding out on them to drum up ticket sales for the movie.

The flashback/The gang's all here

OK, the first three seasons of "Lost" were almost all flashbacks, used to flesh out characters the audience knew nothing about. And then they flashed forward. And then sideways. But at least we were spared an ending like the one on "Seinfeld" where a trial serves as a plot excuse to bring back former characters for brief cameos and reuse old clips for a sadly lackluster "best of" episode. Compared to shows that don't resolve their mysteries, "Seinfeld's" finale just left fans disappointed. At least they got to see an alternate conclusion when Larry David brought the show's stars on "Curb Your Enthusiasm" to create a less-sucky ending.

Need we say more? "The Sopranos" even ruined Journey for its fans, and that is an unforgivable sin. So: Has there ever been a satisfying conclusion to a mystery show? And if "Lost" had to resolve itself, can you think of a better conclusion than the one the writers came up with?