When discovery is the only thrill 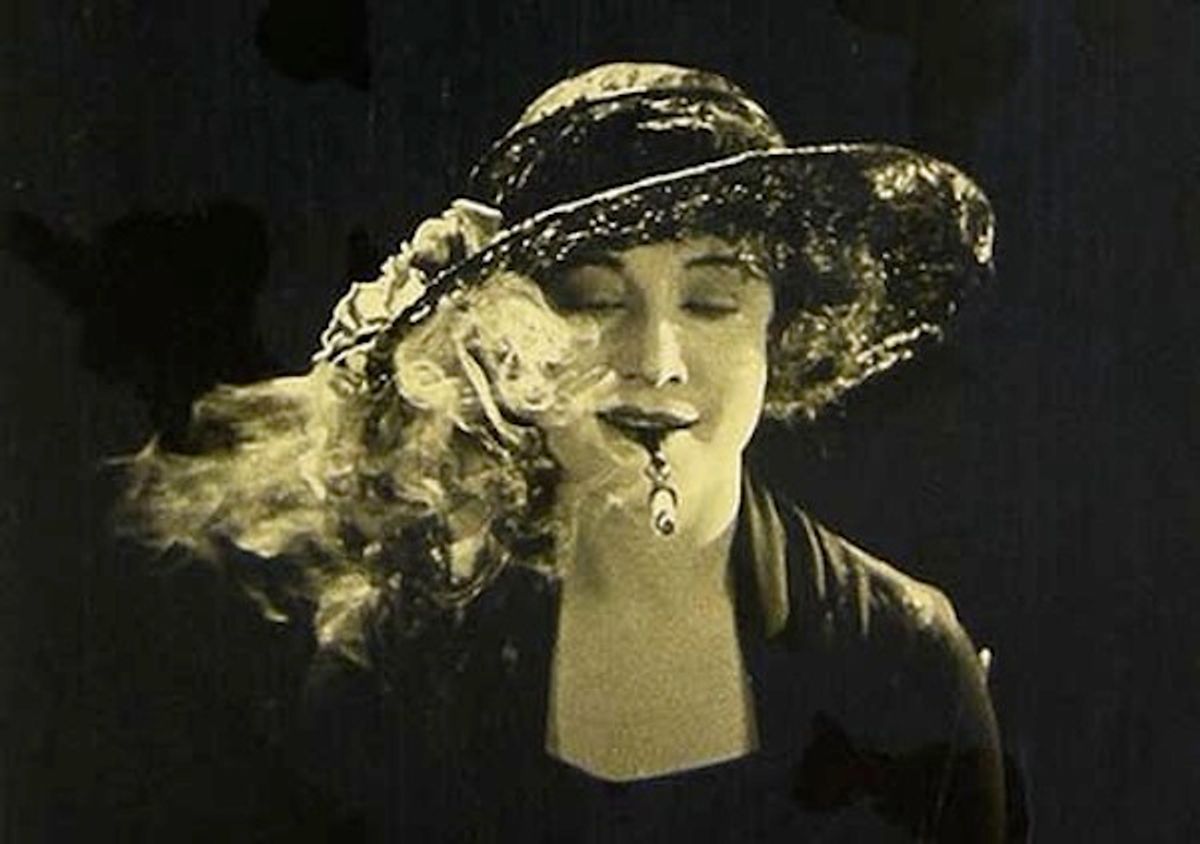 A still from the recently unearthed Hitchcock film, "The White Shadow."
--

The idea of stumbling on a piece of undiscovered art at a junkyard sale is a fantasy that many collectors and aficionados share. Who wouldn't? With countless influential films, recordings and transcripts still considered "lost" to history, the discovery of several reels from an early Alfred Hitchcock film in New Zealand this week may bring to mind a dashing Indiana Jones-like character, excavating prized cultural artifacts in hidden catacombs. Hitchcock was only 24 when he made "The White Woman," and many believed that the movie would be lost to the annals of time. Its discovery has raised the hopes of people like David Sterritt, author of "The Films of Alfred Hitchcock," to proclaim it nothing short of a miracle:

"This is one of the most significant developments in memory for scholars, critics and admirers of Hitchcock's extraordinary body of work. These first three reels of 'The White Shadow' -- more than half the film -- offer a priceless opportunity to study his visual and narrative ideas when they were first taking shape."

But the truth may be far less dramatic: "The White Woman" was poorly received when it was released in 1924 as a follow-up to Hitchcock's other missing film, "Woman to Woman." The Independent quotes two other Hitchcock biographers, who call the film "a total failure" and "a box-office disaster" before concluding:

It's an irony that The White Shadow has now turned up. The British Film Institute recently named Woman To Woman as one of its "most wanted" in its search for missing films. That movie remains lost whereas the reviled and unsuccessful second film has been unearthed.

I'd put it different: the irony in the romanticism of "lost" media is that often, these things went missing for a reason. When a 16mm print of Ed Wood's 1971 pornography (and supposedly last film) "The Young Marrieds" turned up in Vancouver in 2004, it may have been a big deal for enthusiasts of both Wood (and wood), but the film doesn't even enter into discussions of the director's campy cult cannon. It would be hard to call just one Ed Wood movie "terrible" (since that's basically his claim to fame), but "The Young Marrieds" was more than just bad, it was dispensable. Even after its discovery, most people chose to ignore its existence. As Wood biographer William D. Routt wrote in his paper "Good for Bad":

Most of the "sex features" (Excited 1970, Take It Out in Trade 1970, Necromania 1971, The Only House 1971 and The Young Marrieds 1971) proved too difficult for an unadventurous academic living in Australia to find. Although some copies of films with other Wood screenplays are sometimes in circulation, the only one I regret not having been able to view is The Revenge of Dr. X, attributed to him by Henenlotter and Grey.

This isn't to say missing films should always stay buried: When missing scenes from Fritz Lang's masterpiece "Metropolis" were found in Argentina 80-some years after the German Expressionist film was released, it was heralded as "the crowning achievement of German silent cinema." From the New York Times article on the film's rerelease:

"'Metropolis' is the most iconic silent picture of its day, mainly because of the visual ambition and virtuosity of the film itself," said Noah Isenberg, editor of "Weimar Cinema," a book about early German films, and a professor of film and literary studies at the New School. "But until now, we didn't have the full story. These additions are really essential to understanding the full arc of the narrative."

Four years earlier, John Cassavetes' award-winning late '50s masterpiece "Shadows," which many film historians (and Cassavetes himself) believed had been destroyed, appeared in a box found on the New York subway system. "Shadows" is considered by many as the first true American independent film, and its discovery was nothing short of the holy grail for Ray Carney, the film theorist who had spent two decades searching for a copy.

In the case of "Metropolis" and "Shadows," the missing footage helped theorists and fans alike piece together a more complete picture of cinematic history. In "The White Widow," and "The Young Marrieds," evidence of their existence is only of interest to über-fans. Yet the story of how these objects are discovered are sometimes more amazing than the media itself.

Misplaced episodes of "The Honeymooners" were unearthed during a preservation archivist's screening of old kinescope and videos. Never-before-seen reels of Britain's much-loved children series "Ivor the Engine" were found in a pig shed. For $45, a man named Rick Norsigian inadvertently purchased over $200 million worth of Ansel Adams' photography at a garage sale. A copy of a never-released Beatles recording session from 1964 was auctioned off in 2008 after spending years collecting dust in someone's attic. And though it wasn't as famous or well-regarded as the previous examples, finding the British guerrilla musical "PopDown" became a mission for a man named Peter Prentice, who spent years sending out letters and making inquiries into the existence of remaining copies, only to have it pay off when large portions of the movie appeared in a Hong Kong archive. The story of "Shadows" is by far the most amazing; what was it doing in a box on the subway, when even its director thought it gone forever?

Yet the romanticism of missing art isn't entirely dependent on the content of what's found, but in its journey to rediscovery. After all, don't they say that getting there is half the fun?