The importance of "Watch the Throne," with Nelson George

Is Jay-Z and Kanye West's new album the first collaboration of equals in hip-hop history? A music expert responds 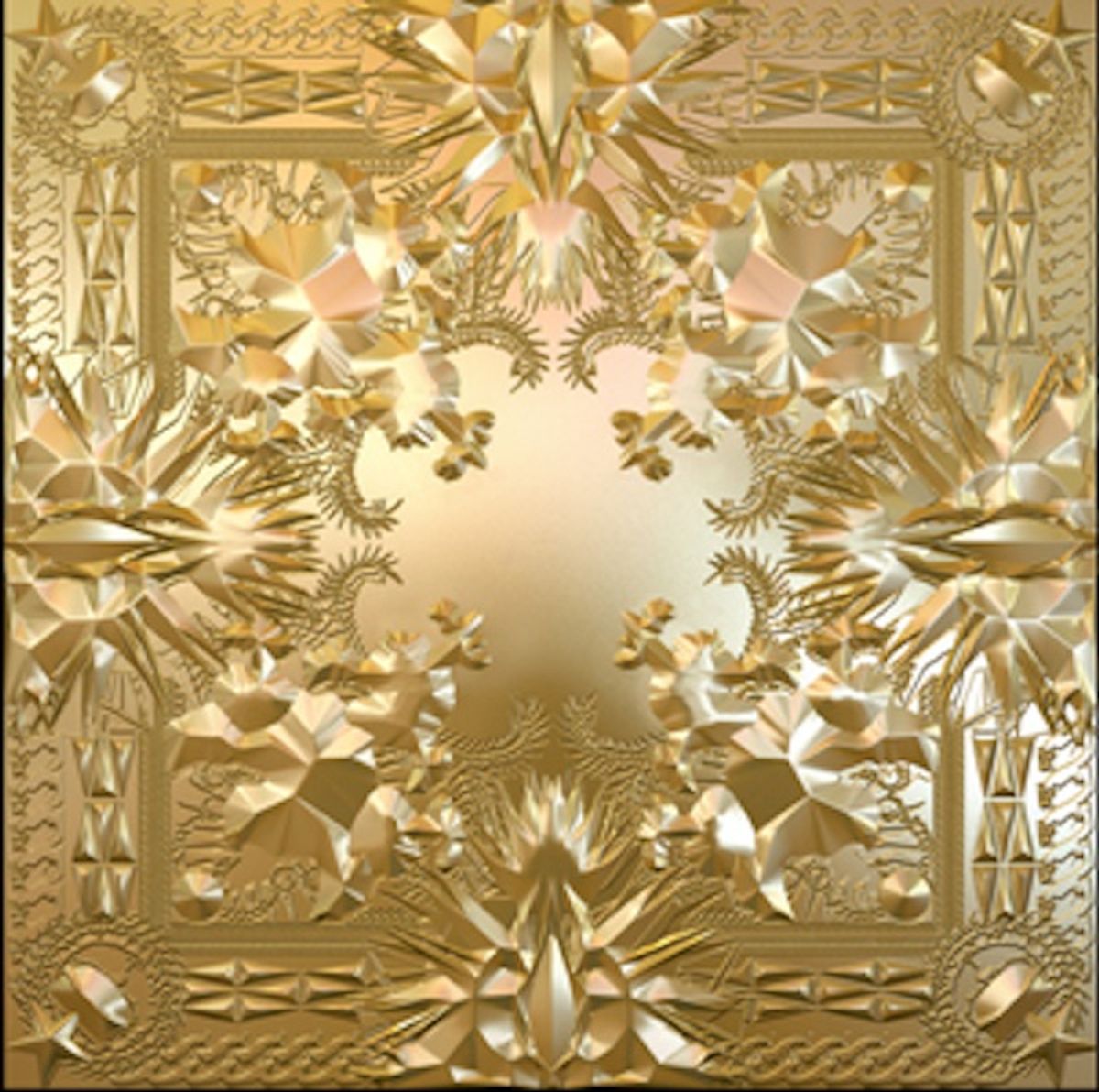 Kanye West and Jay-Z collaborate for "Watch the Throne."
--

In a day that may go down in music history, two of hip-hop's biggest names have released the entirety of their first collaborated album on iTunes. Although Jay-Z and Kanye West leaked tracks from "Watch the Throne" earlier this summer ("H*A*M" and "Otis," a tribute to Otis Redding), the debut studio release has been as closely guarded as it has been highly anticipated.

To promote the album, Jay-Z and Kanye will be touring from October till December, and already rumors have leaked about backstage screaming matches and physical altercations between the hot-tempered Kanye and his more cautious, frugal and commercially successful mentor. Kanye rose to fame working as a producer on Jay-Z tracks; now he's famous in his own right (though not always for the right reasons), and this collaboration will be the first time the duo will share equal billing for their creative endeavor.

As the hip-hop industry isn't quite known for its stars' ability to share the spotlight, I spoke to Nelson George -- music journalist, culture critic and author of "Hip Hop America" -- on what makes "Watch the Throne" a truly unique experiment.

What were your thoughts on Jay-Z and Kanye West doing an album together? They have a personal relationship going way back, but their public images --as both individuals and performers -- couldn't be more different.

Well, one is a very mature guy with a lot of charm, who has been through a lot. And the other is, in a sense, a very young guy who is constantly trying to prove himself to people. Jay-Z has an incredible personal sense of charm, so I think it's interesting to see how the dynamic of their personalities interact while remaining so radically different. I remember watching one of Kanye's first shows at S.O.B.'s, when he did about a 20-minute set during Roc-A-Fella's height of those type of tours. And he had this yearning, urging intensity to prove. I think the chip on his shoulder is humongous.

I've read interviews before where you talk about Jay-Z being very surface-smooth ... like he has nothing left to prove. And Kanye is the opposite: He has this constant need to be a lightning rod, to provoke controversy and prove himself. So do you think this collaboration works because of, or in spite of, their differences?

I think what unites them is that they've both collaborated with a lot of different people. Kanye is a very self-conscious rapper, but as a producer he's very open to outside influences, and so is Jay. What I think is so interesting about them as it relates to hip-hop history is that when it started in New York City, there wasn't any defined hip-hop sound. It was anything that could be adapted, that you could put into a boombox and rap over. And both these artists have gone back to that. You'll notice that there's not a quantified Jay-Z "sound." Maybe Kanye to some degree has a certain quantifiable style; stuff on the new album that's kind of a throwback to what he was doing when he first became a producer, which is speeding up these old R&B tracks. But even that shows you how open he is to outside music. So in that respect, both artists show a real knowledge of hip-hop's history.

Remember, hip-hop is pop music in the highest sense now. The biggest pop stars take what is out there, and make it their own by personalizing it. They are cheerleaders for sounds and music that are not mainstream, and both Jay and Kanye are very good at that.

So I take it you've heard their track "Otis"?

I grew up on Otis Redding; he was my mother's favorite singer. "Otis" was a little odd to hear ... it's hard for me to get around that song particularly, because Otis was really a god in our house. I can't get past my sense-memory of the original version to really appreciate it. I think it's all right, but I don't love it. Too many memories of the original.

So what I'm hearing from you is that maybe these two megastars aren't as different as they might seem, despite their public personas. That for all Jay-Z's laid-back attitude and Kanye's peacocking, when it comes to the music they share very similar sensibilities.

Look, I don't think they'd be able to work together if they didn't have shared values. They both believe that hip-hop is an expansion of the art form. They both believe in making records for the street, but also for the globe. I think they both feel like they are huge figures in the culture, and they have no shame about that ... though Jay wears that particular role more comfortably than Kanye does. Those are the crucial things that unite them, that's why they both work together. They've really imposed their perspective on music culture, and they're not minimalists. If they can do records to market (themselves), they'll do it. But what they really want to be doing is playing 50,000-seat stadiums.

Well, that goes back to the big story earlier this month about their feud: Kanye allegedly wanted to spend $400,000 a night on this extravagant setup, and Jay-Z wanted it more toned down. And then Jay went on Hot97 and said that naturally Kanye and he fight about all kinds of things, but it's all in an effort to push each other to be greater. That, yes, it's annoying to fight, but people who have a problem with being pushed are complacent in life.

From the stories I've heard about Kanye, he's an extreme micromanager type, especially when it comes to the performance side. I could see how he could drive you crazy, especially if you had to work with him constantly. But here's the difference: Jay and Kanye are equal partners, and they both have a lot of space in this collaboration. I'm sure in the studio it's easier, but during a stage show there are too many other elements besides being a producer: There's lighting, there's the sequencing of the songs, dancing, the set. So there's a lot more complicated collaboration involved with doing a show, but when those things come up, these two artists have a foundation of friendship and respect to lean on.

So maybe Jay-Z is the one person who could collaborate with Kanye as an equal and rein in Kanye's more temperamental side. After all, Kanye's song "Big Brother" is about Jay.

Maybe. I'm trying to think of analogies here of hip-hop artists coming together: What if Biggie and Tupac had made a record? What if Run-D.M.C. and Public Enemy made an album together back at their peak? You see this a lot more in rock music: I think of Jay-Z and Kanye's collaboration is much more like the Traveling Wilburys, where you have Dylan and George Harrison and Tom Petty. That's a much better analogy than anything you'll find in hip-hop.

Interesting. So you're saying this is the first of its kind in terms of equal-footing collaboration in hip-hop between two artists?

For an entire album to be made together with men of their stature? I don't even know what that would look like in contemporary rap or hip-hop. I guess if Lil Wayne and Eminem got together and made a record, that's maybe the one thing that could have the same kind of impact and significance as "Watch the Throne."