Why the president doesn't present a bold jobs plan 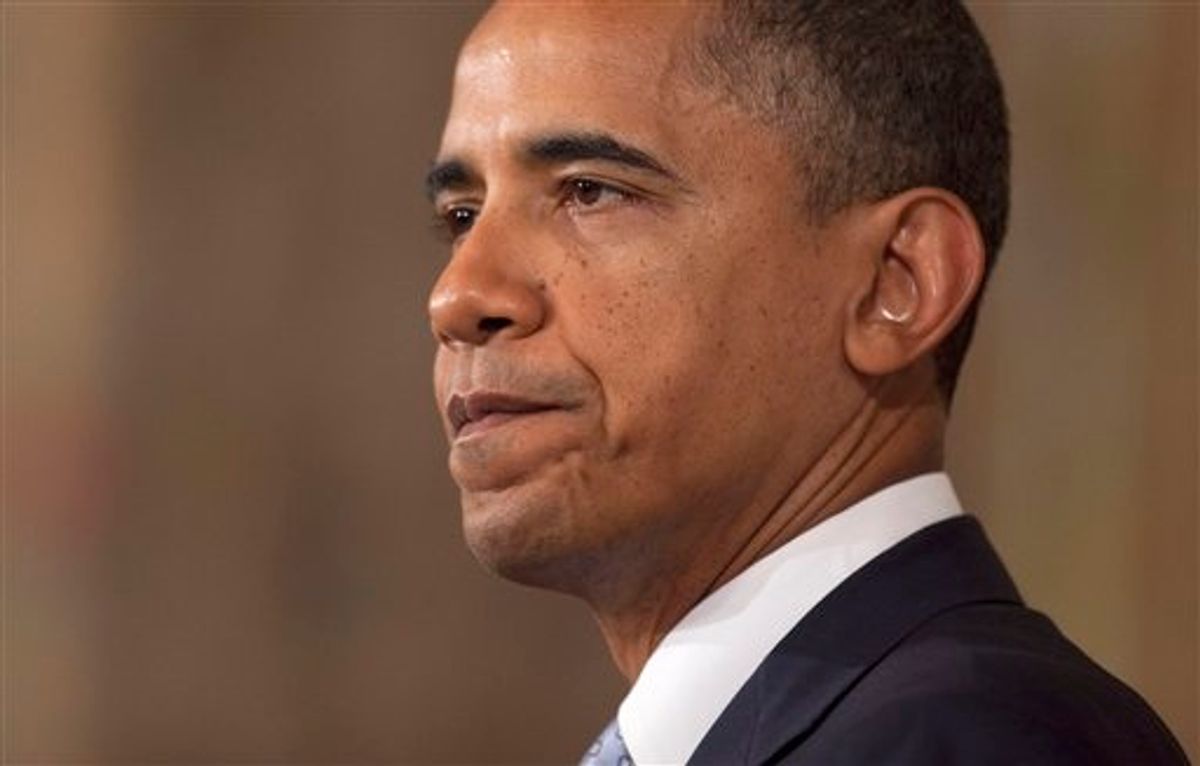 Americans are deeply confused about why the economy is so bad -- and their president isn’t telling them. In fact, the White House apparently has decided to join with Republicans and blame it on the long-term budget deficit.

Before I turn to the president, though, let’s be clear: The lousy economy is due to insufficient demand. Consumers -- who are 70 percent of the economy -- can’t and won’t buy because they’re running out of cash. They can’t borrow against homes that are worth a third less than they were five years ago, and most consumers are bad credit risks anyway because they’re losing their jobs and their wages are dropping. They also have to start saving for the kids’ college or for retirement, which will cut their spending even more.

Without enough consumers, businesses won’t hire enough people and pay them enough to reverse the vicious cycle. So we’re dead in the water. Even the stock market has caught on to the truth.

Which means government has to step in to boost the economy, as it has every time the economy has fallen into recession over the last eight downturns. Include the massive spending on World War II that lifted us out of the Great Recession, and it’s nine. The Fed can help, but it can’t do it alone. And it’s least helpful after a huge asset bubble has burst because the financial system won’t channel low interest rates where they’re most needed: to small businesses and average consumers.

This time we tried one stimulus that was way too small relative to the size of the falloff in demand that started in 2008, especially given that states and locales cut their spending by almost as much as the federal government increased it.

So we need another: a bold jobs plan. (I’ve offered an outline of what it might look like in prior posts.)

Which gets me to the president. Even though the president’s two former top economic advisors (Larry Summers and Christy Roemer) have called for a major fiscal boost to the economy, the president has remained mum. Why?

I’m told White House political operatives are against a bold jobs plan. They believe the only jobs plan that could get through Congress would be so watered down as to have almost no impact by Election Day. They also worry the public wouldn’t understand how more government spending in the near term can be consistent with long-term deficit reduction. And they fear Republicans would use any such initiative to further bash Obama as a big spender.

So rather than fight for a bold jobs plan, the White House has apparently decided it’s politically wiser to continue fighting about the deficit. The idea is to keep the public focused on the deficit drama -- to convince them their current economic woes have something to do with it, decry Washington’s paralysis over fixing it, and then claim victory over whatever outcome emerges from the process recently negotiated to fix it. They hope all this will distract the public’s attention from the president’s failure to do anything about continuing high unemployment and economic anemia.

When I first heard this I didn’t want to believe it. But then I listened to the president’s statement Monday in the midst of a 634-point drop in the Dow.

At a time when the nation’s eyes were on him, seeking an answer to what was happening, he chose not to talk about the need for a bold jobs plan but to talk instead about the budget deficit -- as if it were responsible for the terrible economy, including Wall Street’s plunge. He spoke of Standard & Poor’s decision to downgrade the nation’s debt as proof that Washington’s political paralysis over deficit reduction "could do enormous damage to our economy and the world’s," and said the nation could reduce its deficit and jump-start the economy if there was "political will in Washington."

The president then called upon the nation’s political leadership to stop "drawing lines in the sand." The lines were obviously Republicans’ insistence on cutting entitlements and enacting a balanced-budget amendment while refusing to raise taxes on the rich, and the Democrats’ insistence on tax increases on the rich while refusing to cut entitlements.

These partisan "lines in the sand" are irrelevant to the current crisis. They’re not even relevant to the budget standoff now that Congress and the president have agreed to a process that postpones the next round of debt-ceiling chicken until after the election.

But that process itself will offer enough distraction over coming months to let the White House avoid coming up with a bold jobs plan, even if the nation succumbs to a double dip.

The drama continues this week and next as congressional leaders decide on their "super committee” of 12 lawmakers (six from each party). It then runs for another three months as the super committee decides on $1.2 trillion of proposed cuts, culminating in a tumultuous December when Congress votes on the package. Then we’ll have more drama if, as seems likely, Congress votes it down and the budget triggers go into effect, cutting sharply into defense and Medicare. But this stage won’t require any new decisions from Congress or the White House because the cuts happen automatically.

After that, we’re deep into campaign season and very possibly a double dip recession. Republicans will blame "big government" and the president and Democrats will blame Republican intransigence over the budget.

During yesterday’s pep talk, Obama restated his small-bore calls for extending a payroll tax cut that expires at the end of the year, extending unemployment insurance benefits, and creating an ill-defined "infrastructure bank" to create construction jobs. But these policy miniatures were added as a postscript to the debt talk, as if he felt obligated to mention jobs.

There’s still time for political operatives in the White House -- and the person they work for -- to change their minds. If economic stresses increase, Americans may insist on government doing more. A CNN poll released Monday found 60 percent believe the nation remains in an economic downturn and conditions are worsening. Only 36 percent believed that in April.

But for now the president is being badly advised. The magnitude of the current jobs and growth crisis demands a boldness and urgency that’s utterly lacking. As the president continues to wallow in the quagmire of long-term debt reduction, Congress is on summer recess and the rest of Washington is asleep.

The president should present a bold plan, summon lawmakers back to Washington to pass it, and, if they don’t, vow to fight for it right up through Election Day.