How do you measure the revival of "Rent"?

Jonathan Larson's rock-opera might be dated, but it still resonates -- just not in the way you'd expect 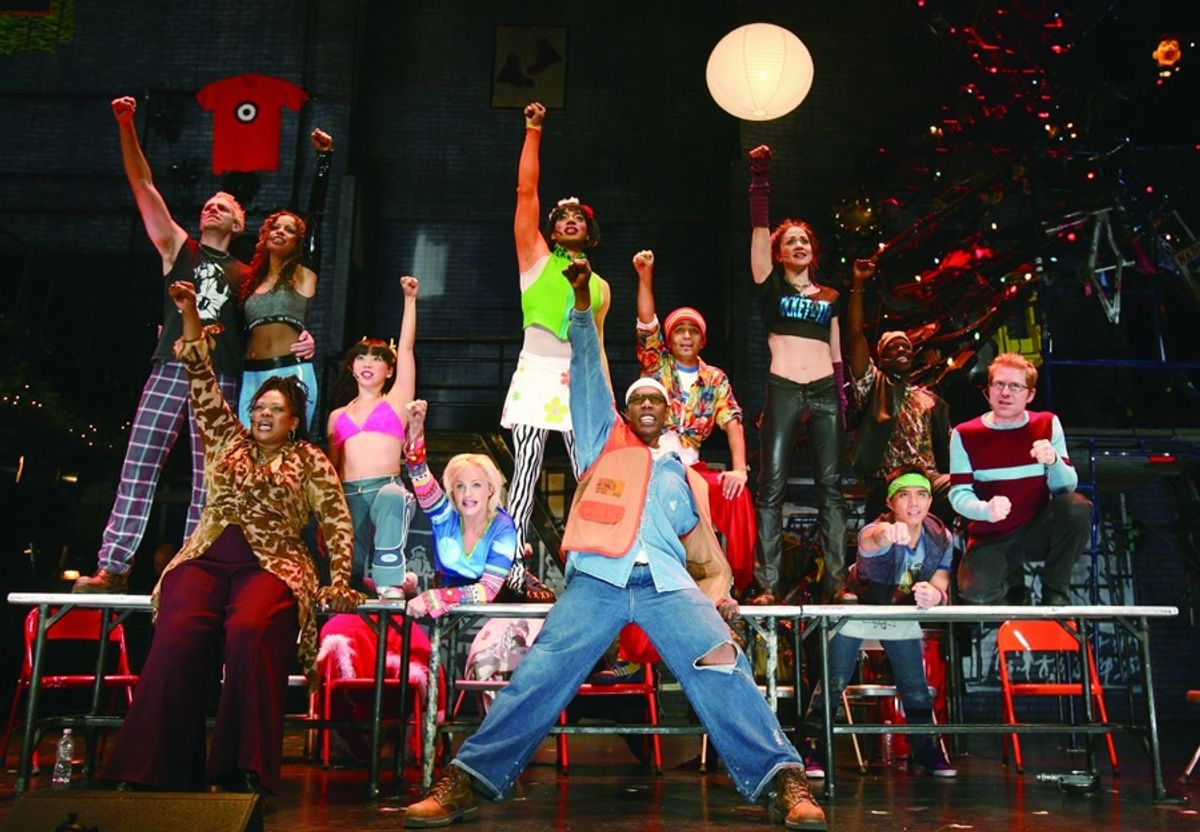 "Rent" is back in New York, only three years after ending its 12-year Broadway run. I take this news the same way I'd react to hearing that my parents have found the tape of my Bat Mitzvah and put the entire production on YouTube. "Rent"? Really? That show is so... is so... well, dated. Corny. Embarrassing, really: Even in a show that was so specifically about the '90s, "Rent" was already a nostalgia piece about the '80s, a pre-Giuliani world where Tompkins Square Park was full of singing hobos.

Many productions mark their setting with topical references, but usually the revivals happen long enough after the original that it seems quaint, not clueless. I mean, how could any actor go onstage now and sing about how tough it is to live on the Lower East Side as a poor artist? Or not feel a modicum of shame whining about the ethical dilemmas of "living in America at the end of a millenium"?

I want to tell the characters, "Wait until right after the millenium, and then come talk to me about the problems in New York." I want to scream, "Stop singing about the different ways to measure a year!"

And to answer the titular question, "How do you pay last year's rent?" How about getting a goddamn job?

But if I'm honest with myself, that queasy feeling I get when I hear anything "Rent"-related has nothing to do with Jonathan Larson's show. One could argue that instead of becoming obsolete after September 11 forced New Yorkers to think about other issues than AIDS or how guitarists and filmmakers would be able to sustain their living arrangements in Alphabet City, "Rent" powered on through the aughts, refusing to conform to the changing world. It stayed true to its late creator's original vision.

No, the reason I don't want to hear about "Rent's" revival is because I don't want to think about the girl who spent weekends in high school shuttling up from Maryland to wait hours on line at the Nederlander Theatre for the cheap front-row tickets. I don't want to remember the red, wooden "Rent"-decoupaged desk that my mother had made for me on my 14th birthday. And I don't want to recall every line from every song on the soundtrack, which, of course, I can't help doing as I write this.

"Rent" had such a hand in shaping my '90s that it's hard not to associate the musical with the beginning of the Internet: my first Instant Messenger name on AOL was RappGurl (after Anthony Rapp, who played Mark in the original production). The very first email LISTSERV I joined was "Rent"-related. That shared experience was my first inkling that the web had the capability to draw people together in a way that was never before possible. "Rent" is too personal, too close to home, and I don't want to be reminded of the girl who was able to overlook the protagonists' slacker mentality because the show's message about art, love and death resonated in her suburban teen soul.

I don't think I'm alone here. Even Ben Brantley's review in The New York Times today seems slightly apologetic for its inability to separate the new production from the emotion and excitement of the original:

"Come to think of it, it seems like only five minutes since I saw 'Rent' the first time 15 years ago (more than 7,884,000 minutes), and I imagine that feeling holds true for almost anyone who was at New York Theater Workshop that February in 1996. It was one of the most genuinely dramatic -- and cathartic -- nights at the theater I've ever spent... OK, that was the moment that was, and it's not one that's ever likely to be repeated. And since I saw 'Rent' -- both off and on Broadway -- only with its original cast (I even passed on the 2005 movie version), it might be better to have a virgin pair of eyes check out this latest incarnation, which is also directed by Mr. Greif. "

I can't imagine any reviewer writing something similar about "Phantom of the Opera" or "The Lion King."

So maybe "Rent" was more than just an outlet for those stifled suburban theater kids who were a decade and a half too early for "Glee." Despite the outdated references to AZT breaks and pre-post-millennial ennui, the spirit of Jonathan Larson's show remains as immortal as... well... "La Boheme."

It isn't "Rent" that's changed, we have: the audience and fans who bought into something sincere and genuine about the dream of New York, only to find ourselves 15 years later -- jaded and hipsterfied -- and totally uncomfortable with how much a Broadway musical once meant to us.